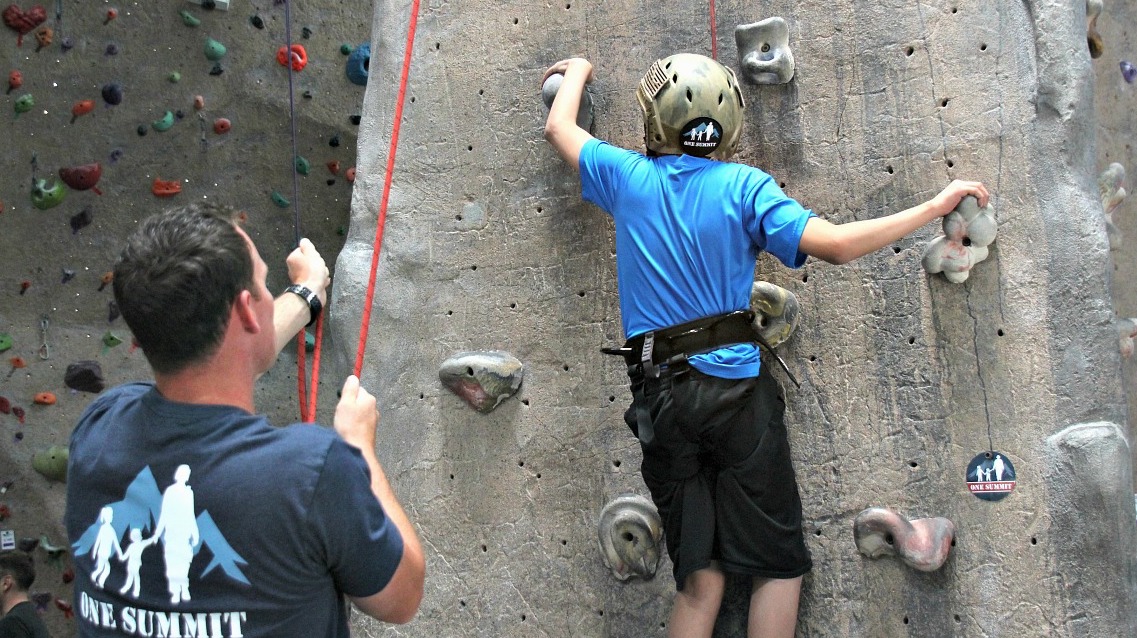 On Sept. 8, 2018, 15 Navy SEALs will be competing in the inaugural One Summit Challenge to increase awareness and raise funds in honor of the children and families impacted by pediatric cancer. To inspire our competitors, we will be sharing three family stories leading up to the Challenge. The second is below.

To support our team of Navy SEALs competing in the One Summit Challenge, click here. We are incredibly grateful for their time, hard work and determination!

“Jake’s diagnosis has changed us and how we view life forever.” - Michael Tarin

On September 23, 2014, Jake Tarin was diagnosed with T-Cell Leukemia at the age of 12.  The two years that followed brought endless appointments at Rady Children’s Hospital, a bone marrow stem cell transplant, two relapses and many trying moments.  As his father, Mike and mother, Lupe described, Jake’s diagnosis and the battle that followed “robbed him of his friends and social life.” 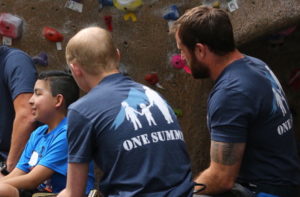 This was restored at Climb for Courage, San Diego in April 2017, where Jake spent the day alongside his Navy SEAL mentor, Mike.  As Jake’s parents expressed: “Climb for Courage provided him a break to be a normal kid.” Specifically, “the outing pushed Jake physically and mentally and challenged him to climb to the top.  After Climb for Courage Jake realized that he was missing out on life and that he could be active again.  He started riding his bike a couple of days a week around the neighborhood.”

But Jake’s sense of adventure and enthusiasm for life wasn’t restored for just one day.  In the weeks, months and year that followed, Jake’s Navy SEAL mentor, Mike was there as a supportive friend and guide, continuing to instill the learnings of resilience first introduced at Climb for Courage:

“Mike was a great choice for Jake.  He has so much patience and understanding for what Jake went through.  After Climb for Courage, they exchanged phone numbers.  Mike has told Jake that their relationship could go on as long as he wanted it to.  They’re friends for life.  There are a number of individuals, famous athletes, Hollywood actors, radio and television personalities, and sports teams that have done something for Jake.  One Summit and Jake’s mentor, Mike are the only ones who’ve kept it going after the initial event.”

Jake’s Navy SEAL mentor, Mike is participating in the inaugural One Summit Challenge on September 8th, raising awareness and funds in support of warriors just like his courageous friend Jake.