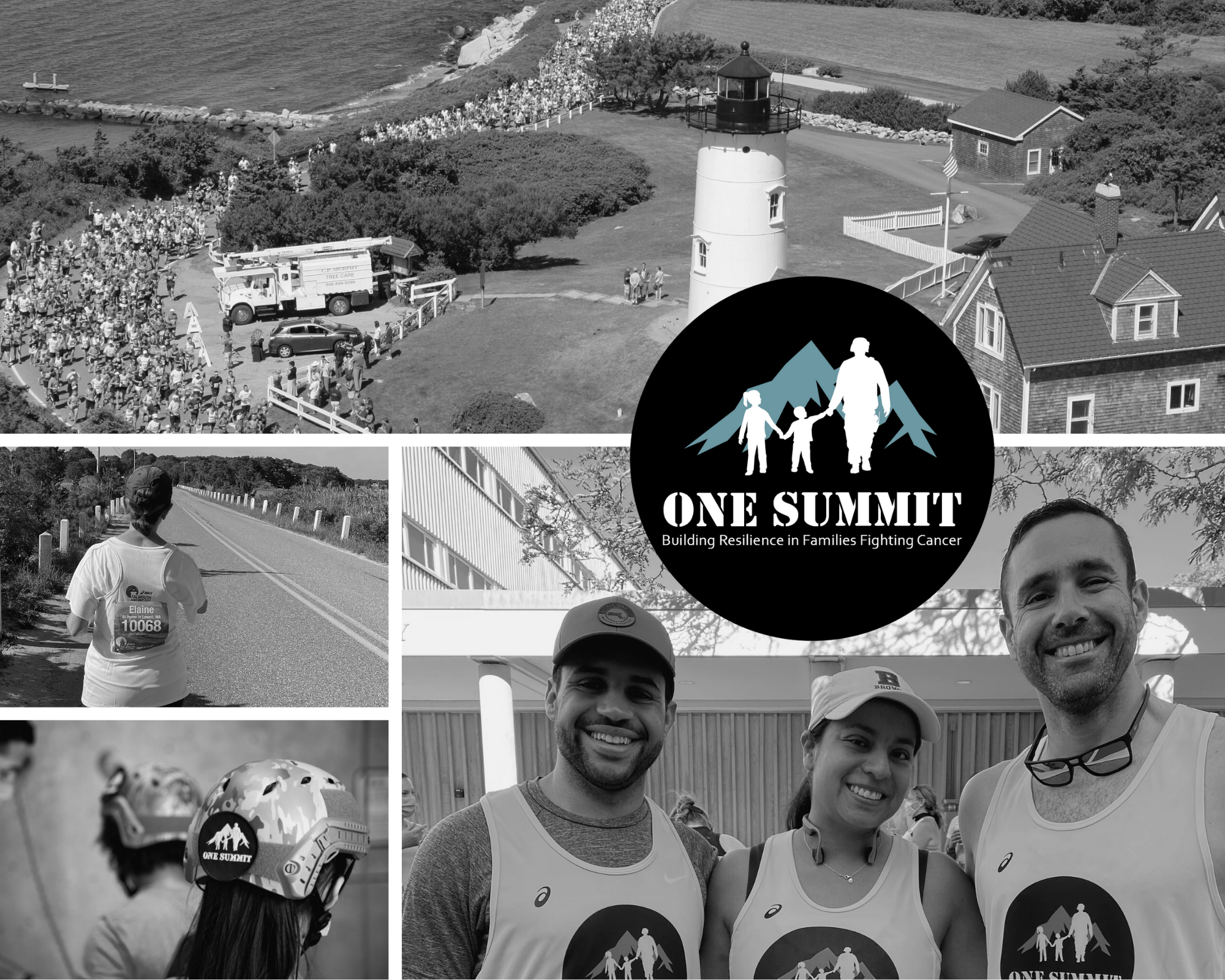 By Maria Papandreou, One Summit Senior Manager of Development & Communications

People run races for different reasons. For many it is to see who is the fastest. For others it is to see who can push themselves to continue through exhaustion to cross the finish line no matter how long it takes them. Walter Elliot said, “Perseverance is not a long race: it is many short races one after the other.” This quote reminded me of the Falmouth Road Race. The course may not be as long as the Boston Marathon, but our Falmouth runners embody the same mindset as those who ran the Marathon – their never-give-up attitude drives them forward.

This year is very exciting as 10 out of our 11 runners will be running in-person in Falmouth! We are happy to have a few returning runners on this year’s team as well as new faces.  Read on to find out more about this fantastic group of runners who are ready to compete in the 50th Asics Falmouth Road Race on August 21, 2022. 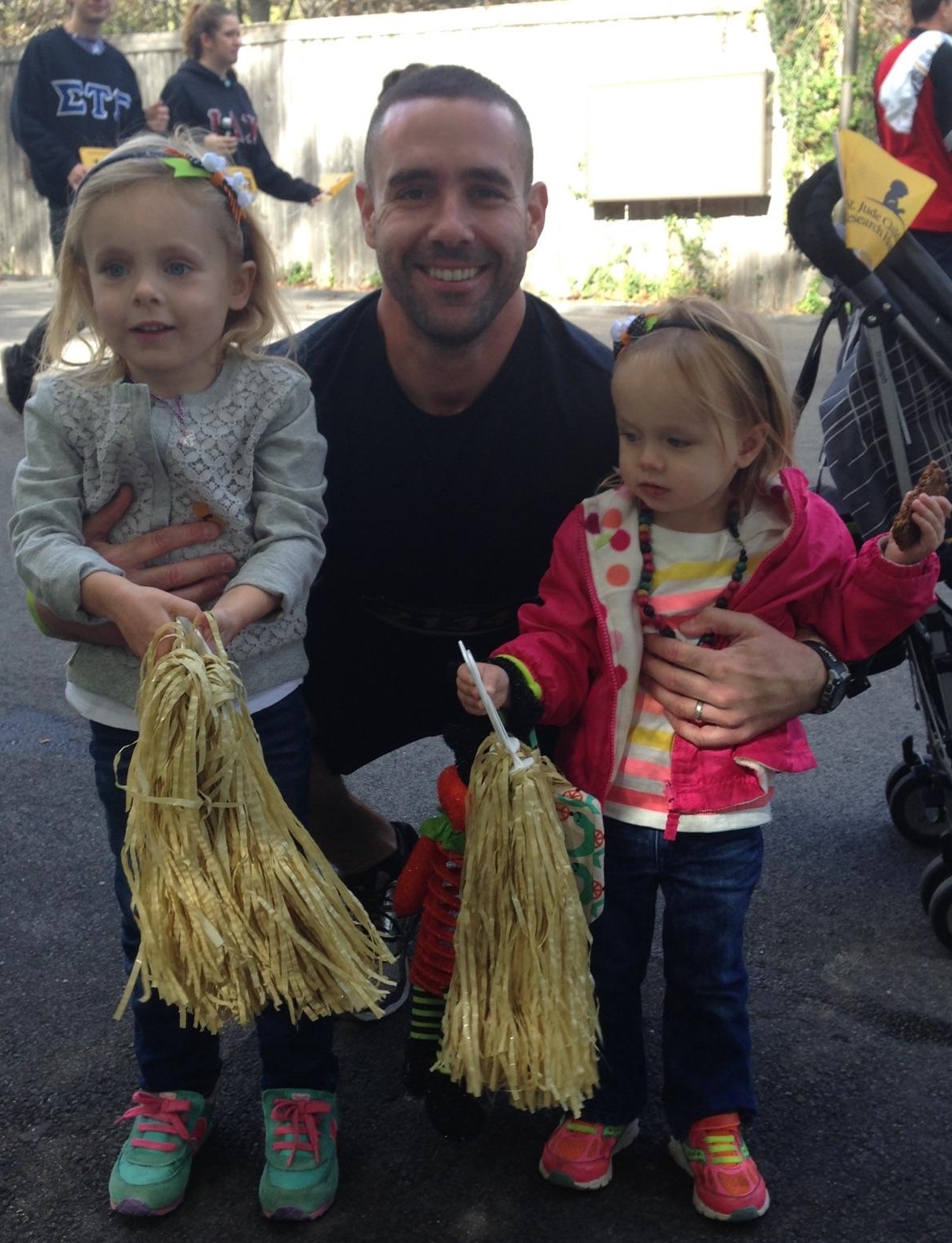 The thought of any child facing a cancer diagnosis is heartbreaking, and I can only imagine what these kids & their families endure. One Summit's approach in providing a Navy SEAL partner-in-resilience & fostering a community of ongoing support is something I feel honored to play a very small part in assisting. I was lucky enough to be introduced to One Summit by a family member in the SEAL community. It's an honor to be part of the OS Falmouth Road Team for the second time and continue supporting their mission!

Jake Romelhardt, One Summit Board Member 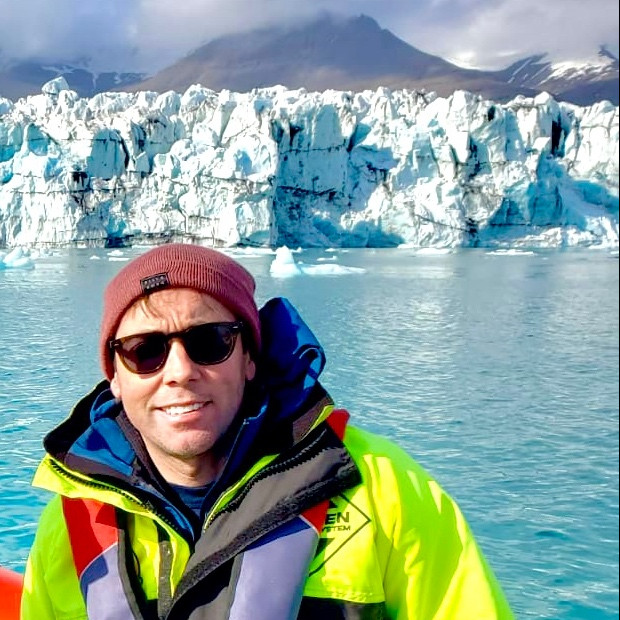 I sit on One Summit’s Board of Directors, and I am the founder, Adam La Reau’s roommate from graduate school. We were roommates during the first Climb for Courage, and I volunteered with that one in Boston and at the first one held in San Diego. One Summit’s mission resonates with me, and I am excited to be running as part of this year’s team. 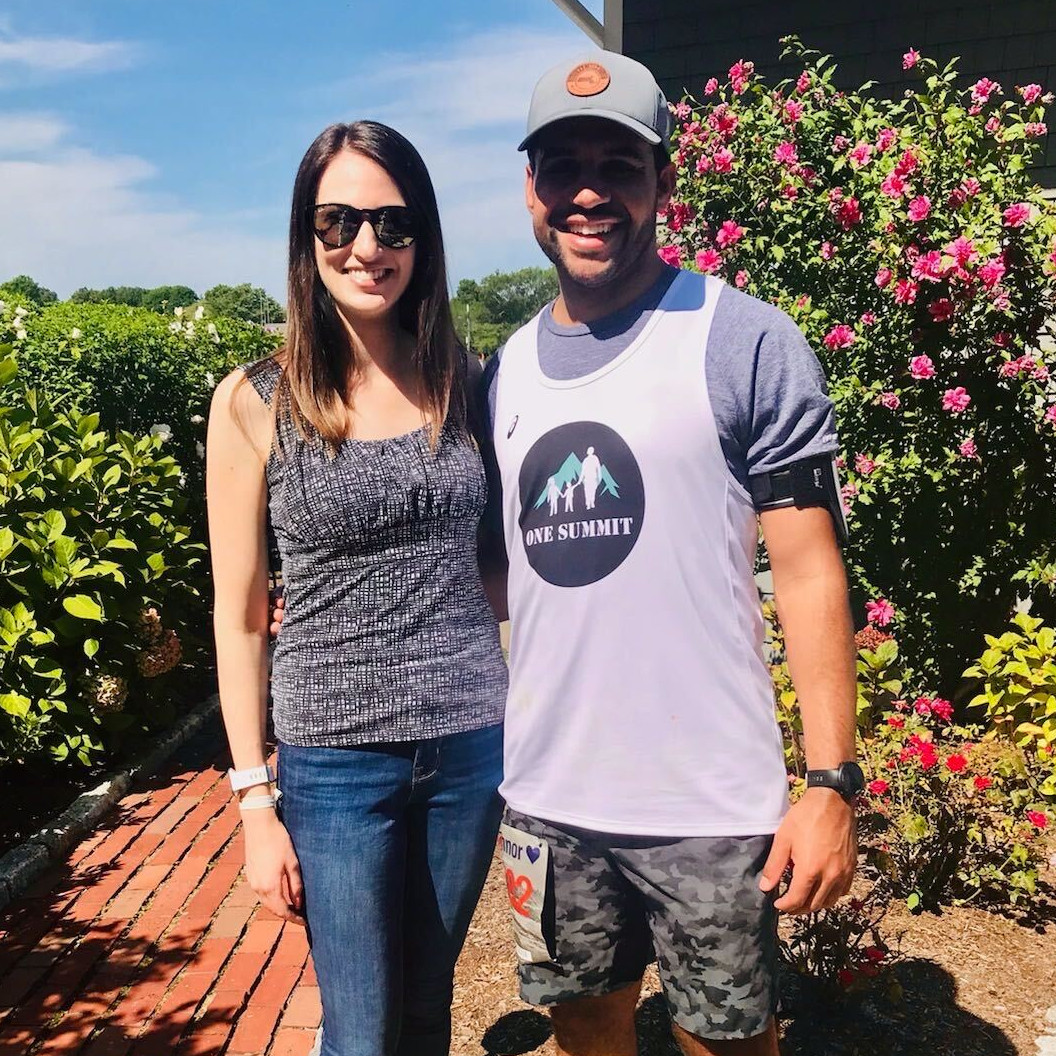 I am part of One Summit's Boston chapter of the Young Professionals Board. Being able to support kids battling cancer is rewarding. One Summit helps these kids build resilience is through the Climb for Courage Program and having a Navy SEAL as a mentor. It is a unique approach that I'm happy to support. Last year, I ran as part of the OS Falmouth Road Race Team and had a blast. It is a very effective way to contribute financially and by helping to spread awareness of the One Summit mission. 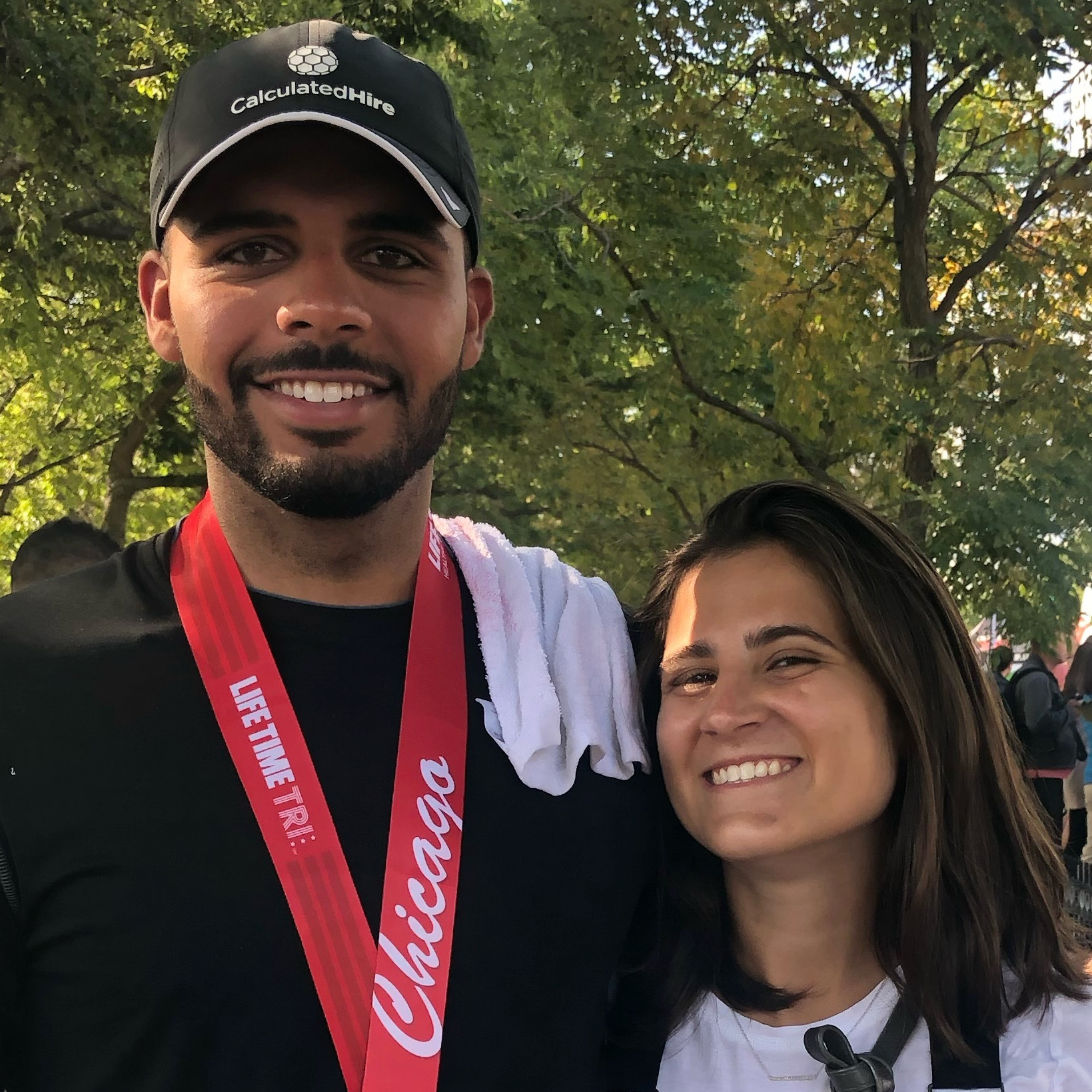 My brother, Connor Johnson, has advocated for One Summit for many years. I believe the mission of One Summit is very much worth contributing to. I am passionate about helping to create an impact both for children battling cancer and Servicemen/women who can impart their expertise and experience to others. The mental and physical endurance that One Summit encapsulates is inspiring to share with others, so I am fundraising and spreading awareness about the organization within my community. I am excited to run alongside my brother and the rest of the One Summit team this year!

I have been attending the Falmouth Road Race with my boyfriend and his family for the past five years. It has been great to watch the family run the race and participate in such a great day. Throughout the years, I've learned more about One Summit as my boyfriend's brother, Connor Johnson, is on the Young Professionals Board. He inspired me to raise money for the fantastic cause and run the race this summer! 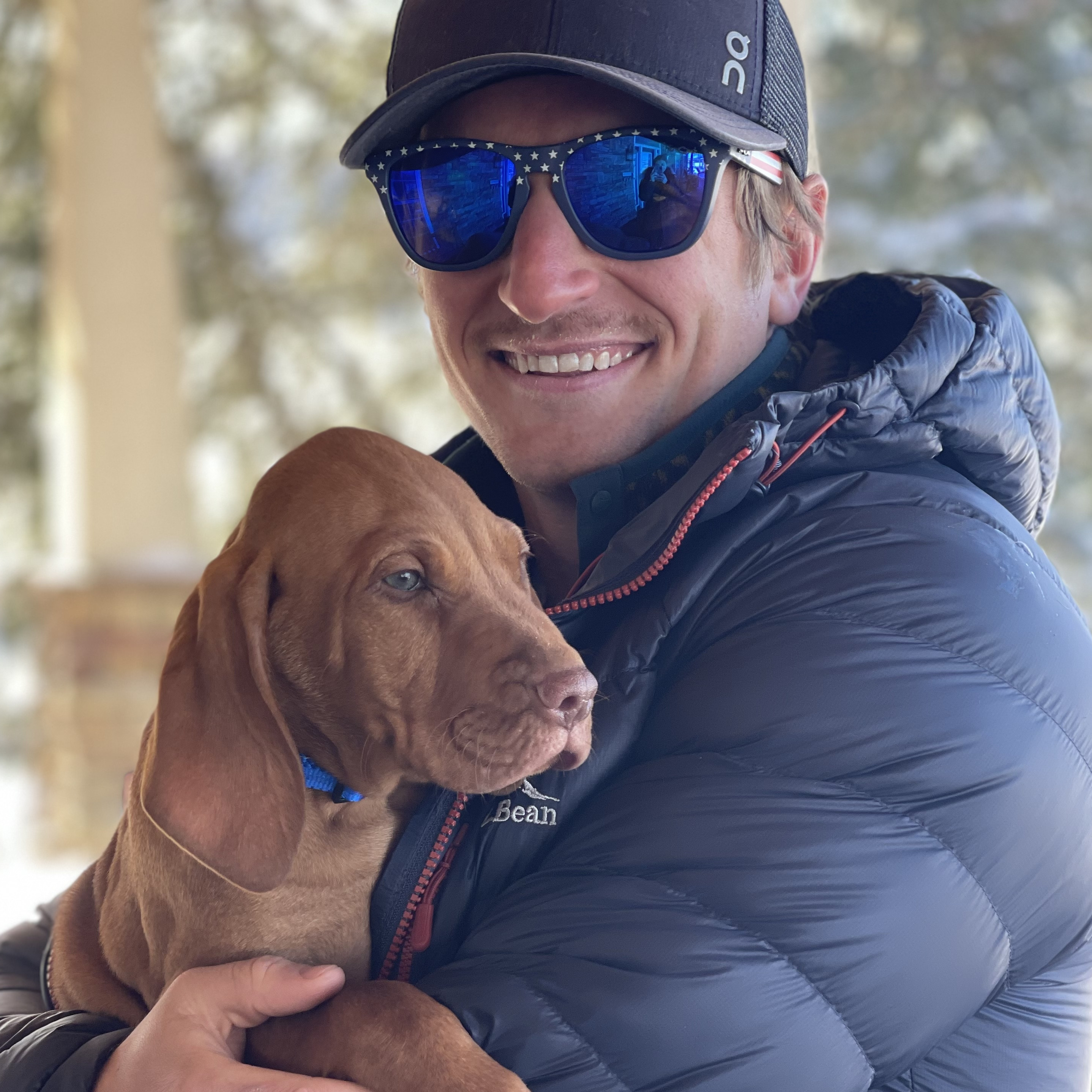 I am running for One Summit because I am lucky enough to be healthy and have the freedom to help those who are not. My mother-in-law is a breast cancer survivor, and I have volunteered at the pan mass challenge to honor her fight against cancer. My goal in the running for one Summit is not only to raise money but to raise awareness and hope for children who are battling cancer. 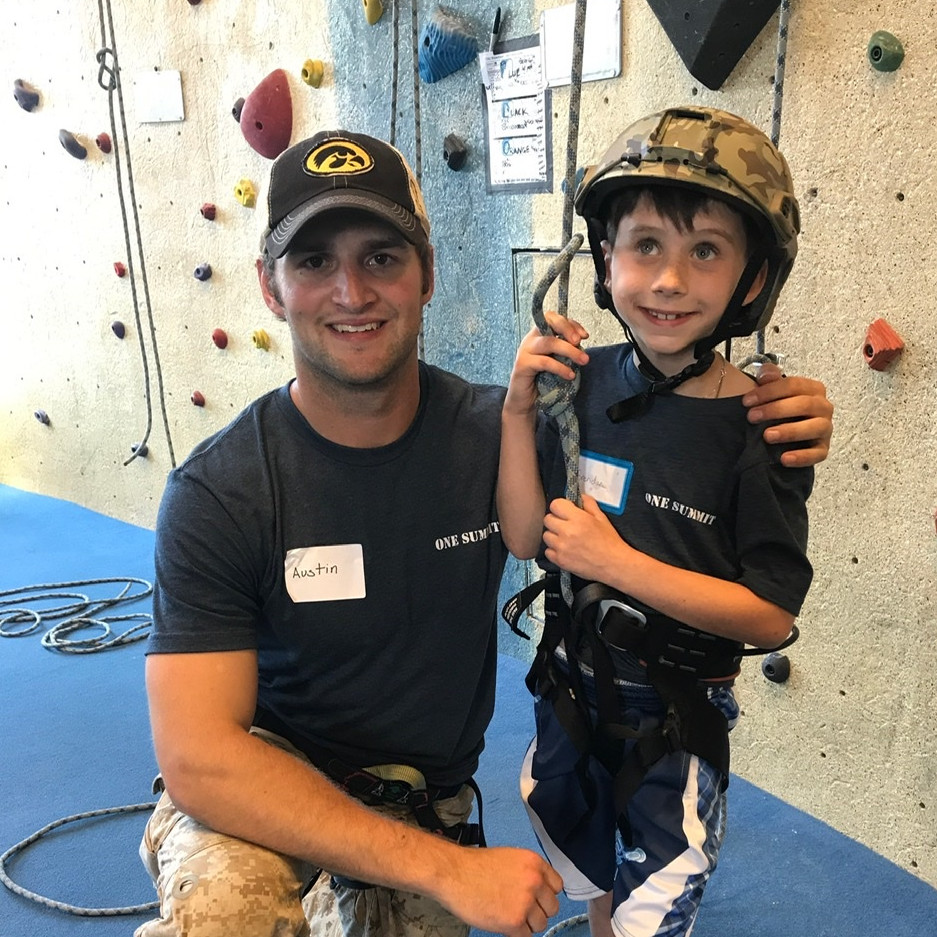 I absolutely love the One Summit mission. My mother is a breast cancer survivor, so I have seen first-hand how cancer takes a toll on the entire family. I can't imagine how awful it would be to have that happen as a child. It breaks my heart. I have seen how crucial it is to have a strong support structure and community behind you when dealing with hard times. That is why I want to be a part of this community/network and help out in any way I can. I have participated in the Boston Climb for Courage and helped with last year's Halloween fundraiser in Virginia Beach. It's an honor to again be able to give back by being part of this year's Falmouth Road Race Team! 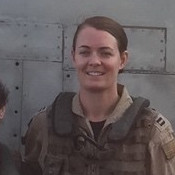 I am on the Young Professionals Board and love One Summit’s values and commitment to the little warriors and Navy SEAL mentors they serve. I have had family members and loved ones affected by cancer. The mission of building resilience in kids battling cancer resonates with me. I am looking forward to running this race with and representing One Summit!

In December 2006, my youngest son, Ronnie, was diagnosed with an inoperable brain tumor when he was 2 years old. Over the next 10 years, he underwent 4 rounds of chemotherapy and finally a course of proton beam radiation therapy. He is now a 17-year-old rising high school senior who has been officially declared done with treatment since July 2020. We've both had our coping strategies, and one of mine is to run races to raise money for pediatric cancer research and treatment. Ronnie doesn't want to run the races himself, but he supports my efforts. I asked him if I was to run another race to raise money for an organization that helped him during his years of treatment; which one would he pick? He didn't have to think about it - One Summit. He always looked forward to One Summit events. He loved skating with the Harvard hockey team in particular. He told me that he knew the goal was to get him doing physical activities to gain confidence. He admits that he gained confidence, but what he loves most about One Summit is how fun their events are. He's kept in touch with people he met through One Summit and still proudly wears his One Summit t-shirt that he has nearly outgrown.

I started running again after many years when Ronnie was diagnosed. I trained to run the Boston Marathon with the Pediatric Cancer Care team at MGH. I've run the Marathon with them 5 times. I'm probably not up to marathons anymore, but I run 5k and 10k races all the time. I set the goal of running at least a 5k in every city and town in Massachusetts a few years ago. The picture is from a virtual 5k run I did in a park in Medway during the pandemic. I've now run in 59 towns; only 292 to go! Falmouth is number 60 unless I find a couple of 5k races to run between now and August.

My girlfriend Jordyn Cristaudo is a Young Professional Board member and suggested I should run as part of this year's team. I have had teammates run races for One Summit in the past, and they had a great experience. It's an honor to support a mission that resonates with me. The unique way One Summit helps not only kids battling cancer but also supports the entire family is commendable.

I currently serve as part of the Boston chapter of the Young Professionals Board. Since College, I have been involved with One Summit in some capacity when our Harvard Hockey team would host a skate for the kids annually. I have benefited from many great role models and mentors throughout my life. It is great to see One Summit offering a solid mentor/mentee relationship for kids battling cancer and their siblings. Giving them a chance to be kids and delivering them and their families support, they know they are not alone. I'm happy to be part of the team this year and give back in a meaningful way.

Click here to support Team One Summit in the 2022 Asics Falmouth Road Race.