Reinforcing Old and New Relationships at Climb for Courage, Boston 2018

Earlier this June, One Summit held its tenth Climb for Courage program in the place where it all started: Boston. 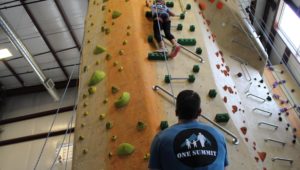 In 2013, shortly after Adam La Reau founded One Summit, ten little warriors from The Jimmy Fund Clinic at Dana-Farber participated in the first ever Climb for Courage. While One Summit has grown since then – to impacting over 230 patients and siblings and 120 Navy SEAL mentors through its Climb for Courage programs in Boston, San Diego and New York City – its commitment to the entire community of warriors and families has never been stronger.

This year’s Boston program reinforced this point by uniting 27 little warriors from Tufts Floating Hospital for Children, The Jimmy Clinic at Dana-Farber, Massachusetts General Hospital, Hasbro Children’s Hospital and Camp Sunshine with 20 Navy SEAL mentors and 10 Team Leaders from around the country. 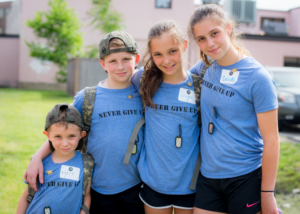 Climb for Courage, Boston 2018 presented an even clearer picture of the true essence of One Summit. The 27 little warriors who participated represented 13 families, emphasizing the organization’s longstanding support of both patients and siblings impacted by cancer. At One Summit’s Mentor Training Dinner at Grill 23 & Bar, Child Life Specialists from Tufts Floating Hospital for Children, One Summit Founder, Adam La Reau and Executive Director, Dianne M. Lynch educated mentors on the importance of their role in developing strong relationships and helping entire families build resilience. 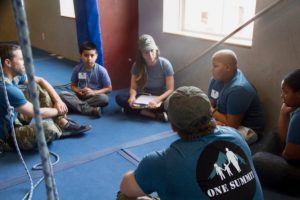 The relationships One Summit fosters would not be possible without the hard work and dedication of our Team Leaders, the significant others of the mentors. Team Leaders guide each match through Climb for Courage, helping to ensure strong connections between the two groups of like-minded warriors. One example of the strong connections One Summit has fostered is Eric. Now 16, he returned to Climb for Courage to reunite with his mentor, volunteer and inspire others with his own story of resilience. 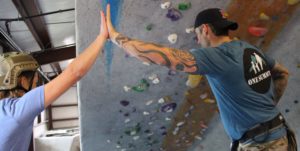 This year, One Summit was also excited to host Climb Higher – its newest signature program designed to reinforce learnings and build a community of resilient families – on the Sunday following Climb for Courage. In total, 15 past little warriors attended. Representing all six of One Summit’s Boston Climbs, they are the roots of One Summit.

Roots that are still very much present today. 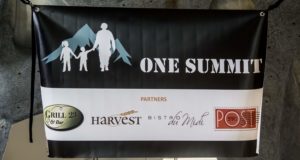 Thank you to Himmel Hospitality Group, Grill 23 & Bar, Post 390, Axos Bank, Central Rock Watertown and the Boston Police Department for their ongoing partnership and generosity. And to Black Diamond for ensuring all of our little warriors had the equipment they needed to conquer the rock wall and learn why it is so important to “never give up.”

I had a blast with my mentee. Thanks for giving me one of the cutest kids! It’s always humbling and inspiring for me to meet people like the two families I’ve been fortunate to work with. One Summit does a uniquely remarkable job of bringing together great people. – Navy SEAL Mentor

His favorite part of Climb for Courage was getting matched with his Navy SEAL mentor. He considers his mentor a new friend. – Parent

Both of the mentees I was matched with climbed and had a great time, which they both needed. Watching both girls conquer their fear of heights was awesome. They fed off each other’s energy and made the day fulfilling and amazing. – Navy SEAL Mentor

Interested in participating in an upcoming Climb for Courage? Apply on our website or email dianne@onesummit.org to be considered for our upcoming program in New York City.