Profiles in Resilience – The Story Behind the Nate WOD Challenge 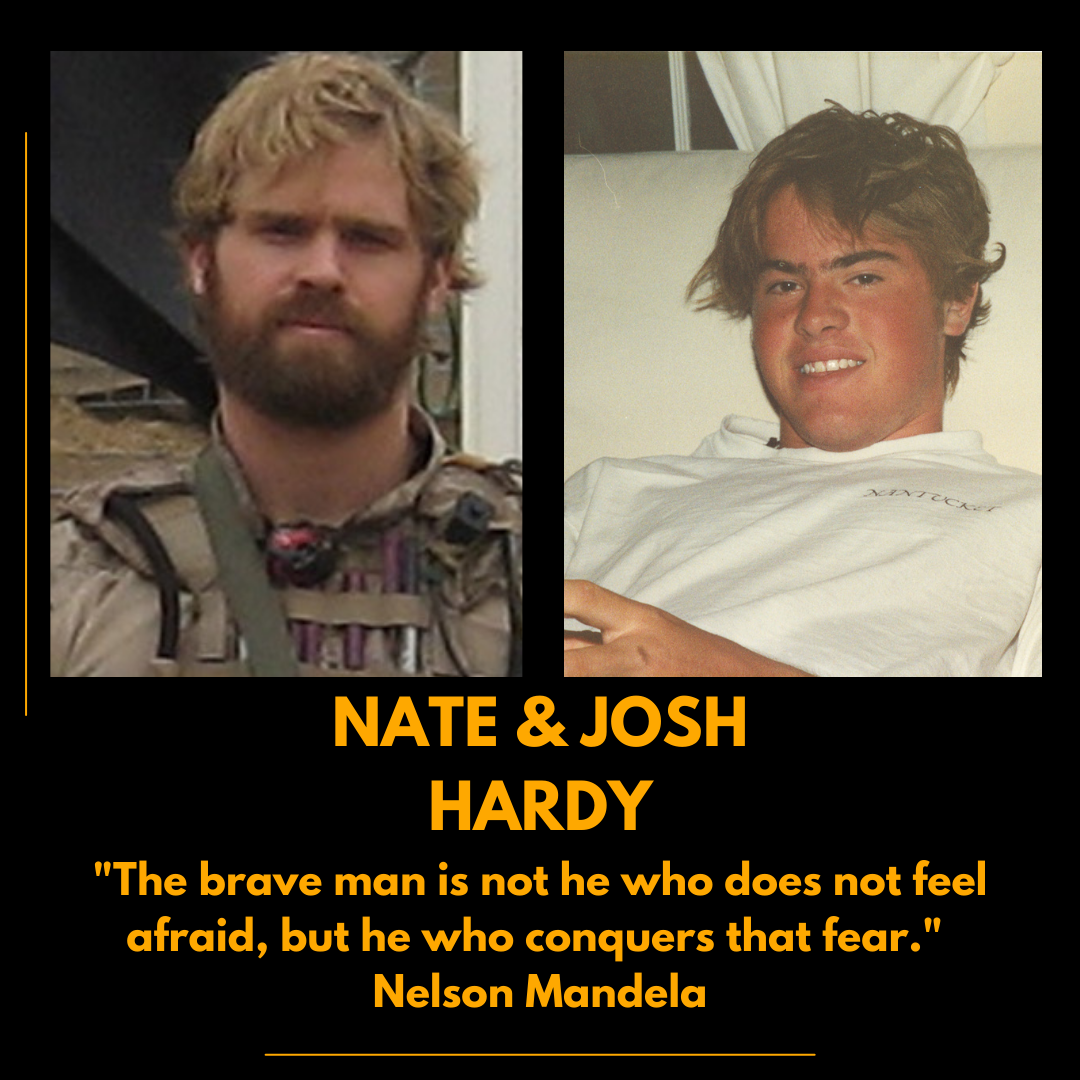 By: Maria Papandreou, One Summit Manager of Development & Communications

2 – 4 – 8 At first glance, just a set of numbers, but they have significant meaning to many who knew Nate Hardy. The numbers mark February 4, 2008 - the day Nate made the ultimate sacrifice. These numbers are now also part of the annual Nate WOD Challenge in which participating CrossFit boxes and individuals complete the WOD and raise funds in honor of Nate & Josh Hardy. Nate, a Navy SEAL, Bronze Star and Purple Heart recipient, and hero killed in action, along with his brother Josh, who lost his battle to childhood cancer, represent One Summit’s mission of uniting these like-minded warriors. As a new addition to the One Summit community, I was intrigued to learn more about the challenge and its importance to all involved.

Both Nate and Josh were extraordinary individuals. They each fought battles, and each did so with bravery and resilience. In August of 1991, at age 16, Josh was diagnosed with glioblastoma, brain cancer. Josh faced his diagnosis with courage. “He didn’t let it stop him from living his life,” Steve Hardy, Josh’s dad, recalled. On a beautiful day in April 1992, Josh went with friends to Jenness Beach in Hamtpon to surf, one of his favorite pastimes. When he returned home that day, he had one of his first significant seizures. “The Doctor did not want Josh to surf any more after that, but we told him we weren't going to be the one to try and stop him from finding joy,” Mr. and Mrs. Hardy recall. In the end, his Doctor agreed. Josh lived his life as fully as he could until the very end. Josh died shortly after he turned 18. After his death, the Hardy’s found Josh’s journal. The quote on the front says a lot about the young man Josh was. It read, “Never deprive someone of hope, it may be all he or she has.” We should all adopt this mantra and carry Josh with us. 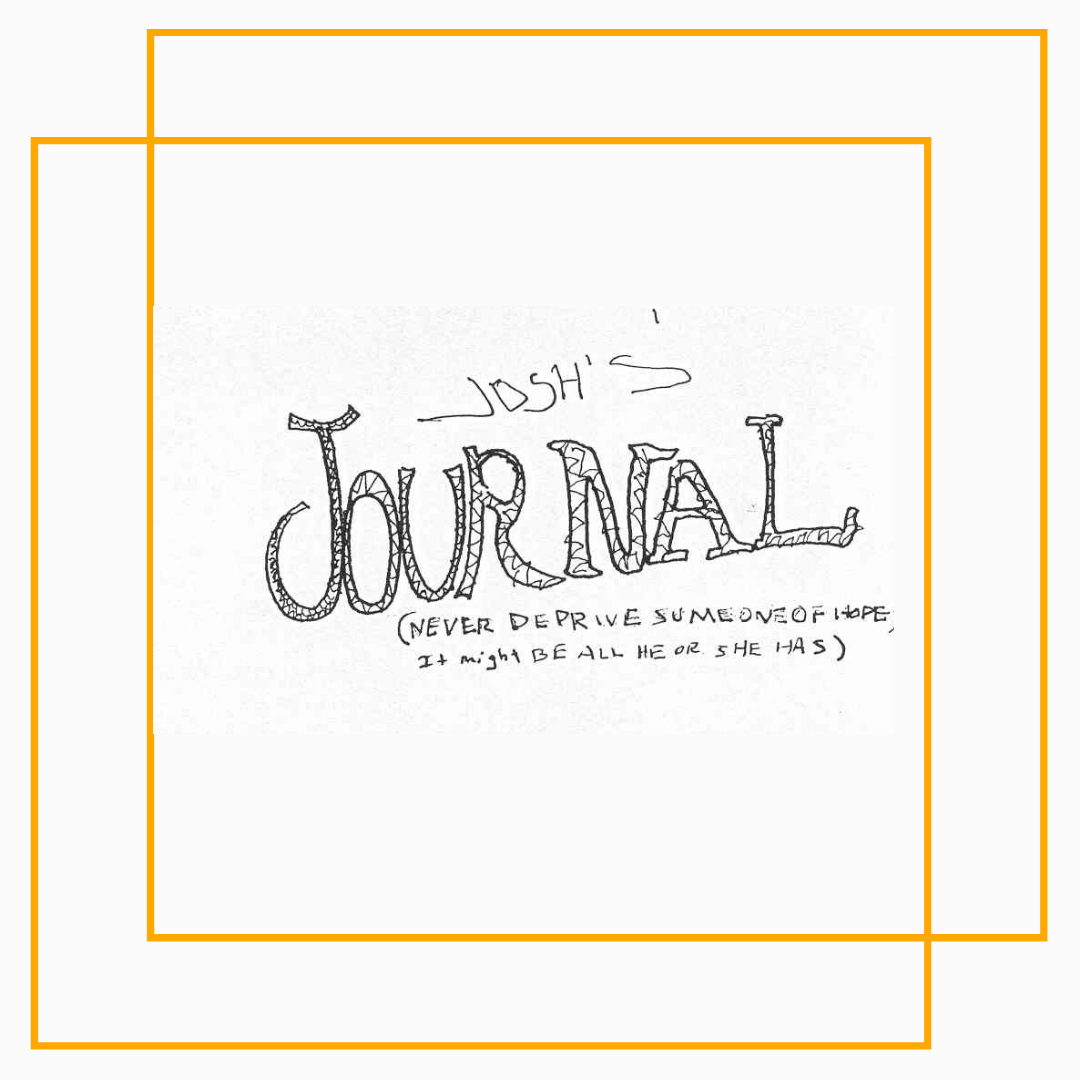 Nate Hardy was a headstrong young man. “He was angry at the world for what his brother Josh went through,” his dad said. Donna, Nate and Josh’s mom, told me, “Josh was always Nate’s hero, watching him fight while maintaining hope.” Nate knew he wanted to be a Navy SEAL from the 6th grade. He was lucky and able to join a SEAL mentor program based out of Connecticut during his senior year of high school. His SEAL career started on SEAL Team 8 as a Leading Petty Officer. It was there, on his third platoon, that Nate and One Summit founder Adam La Reau met. Around this time, CrossFit was becoming popular. Kettlebells were fairly new, and Nate was really into it. “Nate wasn’t a runner. He loved to lift kettlebells and flip tires – he was known for this,” Adam recalls. He was so passionate about it that he actually sent kettlebells to everyone in his family, including a tiny one for his infant son.

After his time on SEAL Team 8, his final assignment was with the Naval Special Warfare Development Group, “It’s a different world. They are always ahead of the curve and Nate knew his next appointment was going to be tough,” his dad Steve recalls. That Thanksgiving, Nate hosted the big holiday meal. “Nate loved to cook,” his mom Donna fondly remembers. “He absolutely loved butter and made me leave the kitchen, so I wouldn’t see him shoving huge pats of butter into the turkey.” On February 4, 2008, during a Navy SEAL raid on a suicide bomb cell in Iraq, Nate was killed in action.

After Nate’s death, Adam and Justin Davis, a fellow SEAL, visited the Hardy’s a lot. They missed their friend. “Nate valued being a good person; his legacy mattered to him,” Adam told me during a recent conversation.  For this reason, Adam and Justin came up with the idea of the WOD to honor him. Justin and Adam contacted CrossFit headquarters in 2008. Hero WOD’s were not as well known as they have now become. They stressed how the Nate WOD is more than just a workout. It encompasses both mental and physical aspects. I have not attempted the WOD yet but have watched others. You can see on their faces the impact the workout has. After completing the challenge this year, Allison Brager said, “When you suffer through the workout, you want to quit, but you don’t. You realize Nate and Josh suffered a whole lot more, and you need to push through it for them.” Nate and Josh epitomized what warriors truly are. 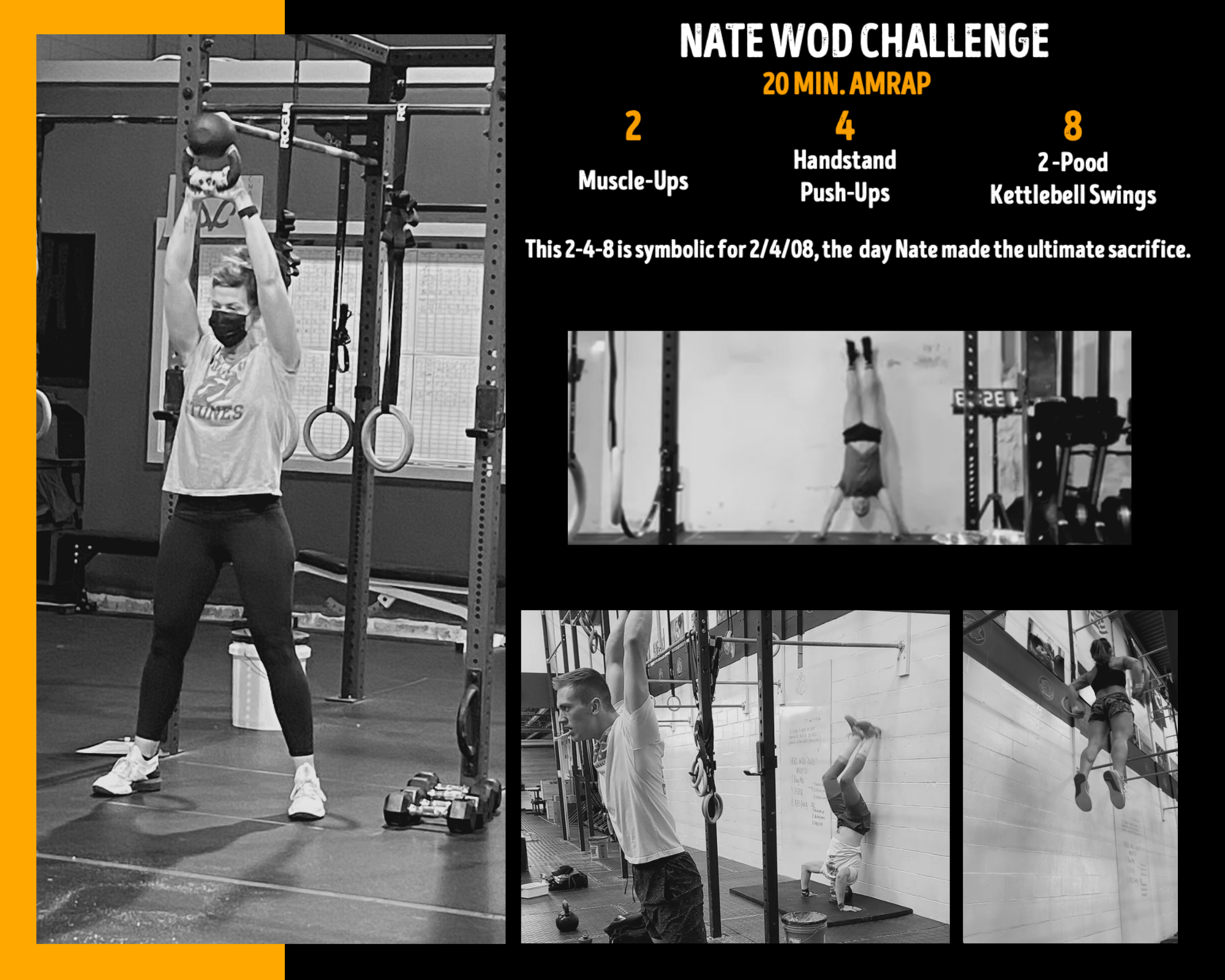 The Nate WOD Challenge has become an annual fundraising event for One Summit. For the second year in a row, NOBULL has been the presenting sponsor. NOBULL is a brand for people who train hard and don't believe in excuses and recently was announced as the title sponsor of the CrossFit Games® and as the Official Footwear and Apparel Brand of CrossFit®. The Nate WOD Challenge offers NOBULL the chance to “…give back in a way that is both authentic and impactful. One Summit raising funds and awareness by sharing inspirational stories of resilience is aligned with NOBULL's mission to share the stories of the diverse people who make up our community,” Gabriella D'Agostino, Community Manager at NOBULL, conveyed. Ms. D’Agostino also shared that “There are not many WODs that NOBULL employees shy away from! The Nate WOD challenge is difficult, humbling, but always fun. We hope to continue to partner with One Summit and the Nate WOD Challenge and share the stories of Nate and Josh Hardy through movement, community, and connection.” Everyone here at One Summit is genuinely thankful for their ongoing support!

The Challenge raised a total of over $18,000 this year, surpassing previous years! The 2021 winner of the most funds raised was CrossFit Ares. In their 2nd year participating in the challenge, over 30 members completed the Nate WOD. “It was amazing to see everyone come together to support a local organization,” Ares owner John Welz expressed when finding out the results. “One Summit’s mission is relatable; we all know someone who has been affected by cancer. The additional military piece only adds to making it such a great cause to support.”

One Summit founder Adam La Reau is “…grateful to all those participating in this year’s event through these challenging times.”  We were fortunate to have Loud and Live Entertainment help promote this year along with Competition Corner, who provided usage of their platform to share our event and leaderboard. These partnerships are invaluable and will assist with event growth in the coming years. “My hope is that the Nate WOD Challenge grows into a premier fundraising event nationwide and perhaps even worldwide someday,” said Adam La Reau. 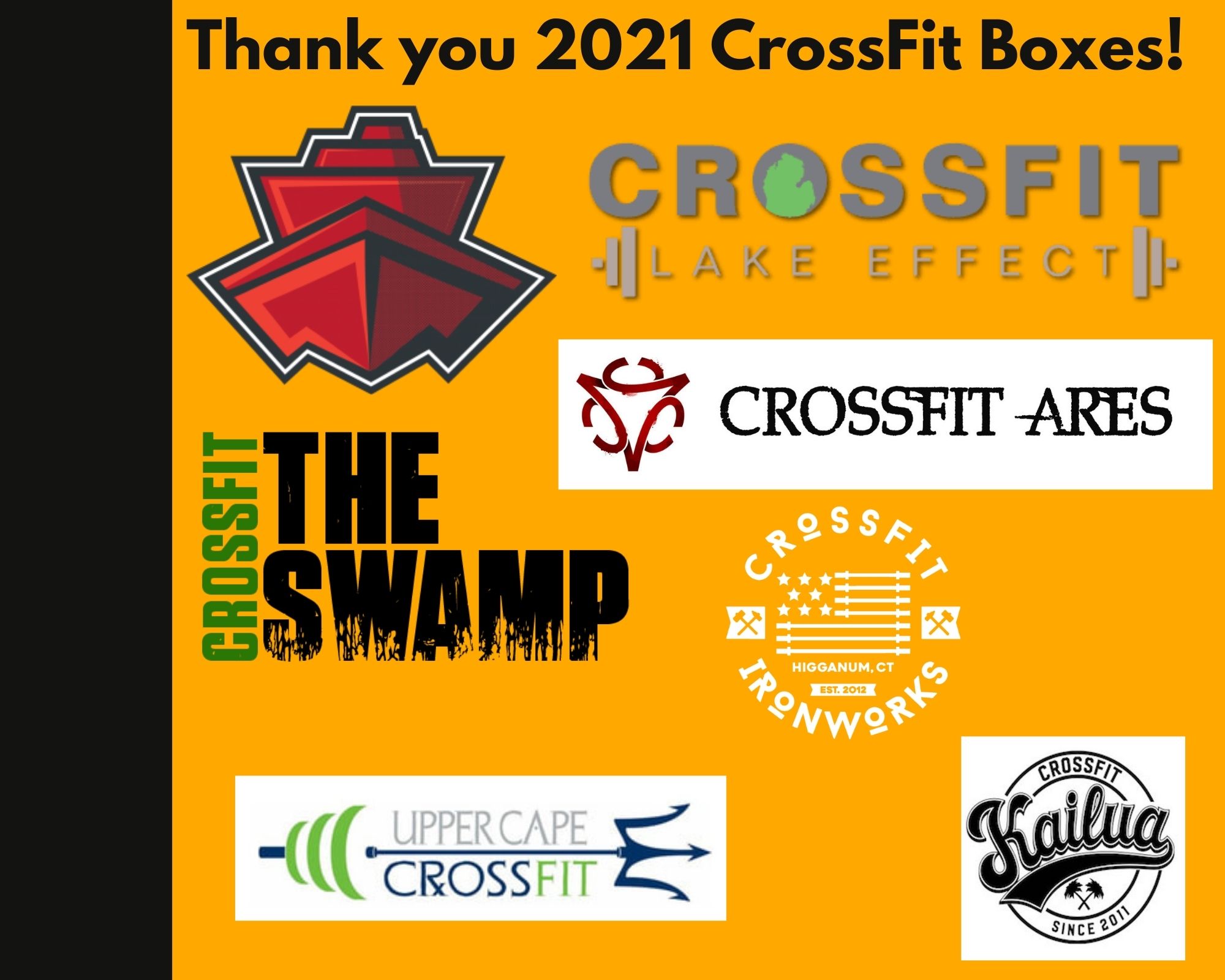