Profiles in Resilience – From Apprehension to Anything is Possible 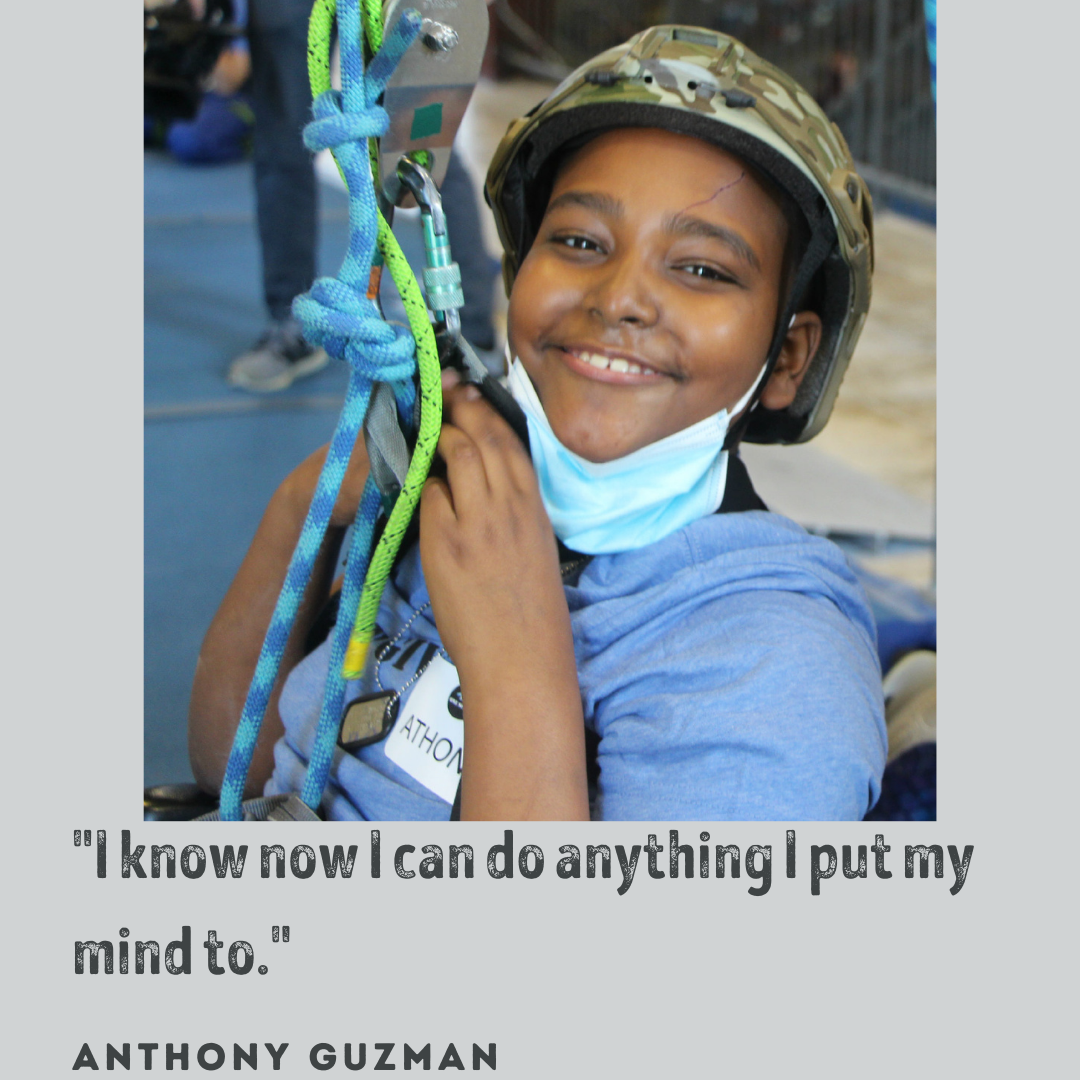 A person’s attitude can determine success. Anthony Guzman’s smile is the first indication of his awe-inspiring positive attitude. On December 24th, 2019, Anthony's life changed when he was diagnosed with B-Cell Acute Lymphoblastic Leukemia. “Treatment has put him through a lot of trials and tribulations,” Anthony’s mom Raquel Ozoria recently expressed. Due to a complication during one of his many treatments, Anthony is now paralyzed from the waist down. Adjusting to a new way of life for anyone is scary. For Anthony and his mom, it is a challenge that they have taken on and conquered. 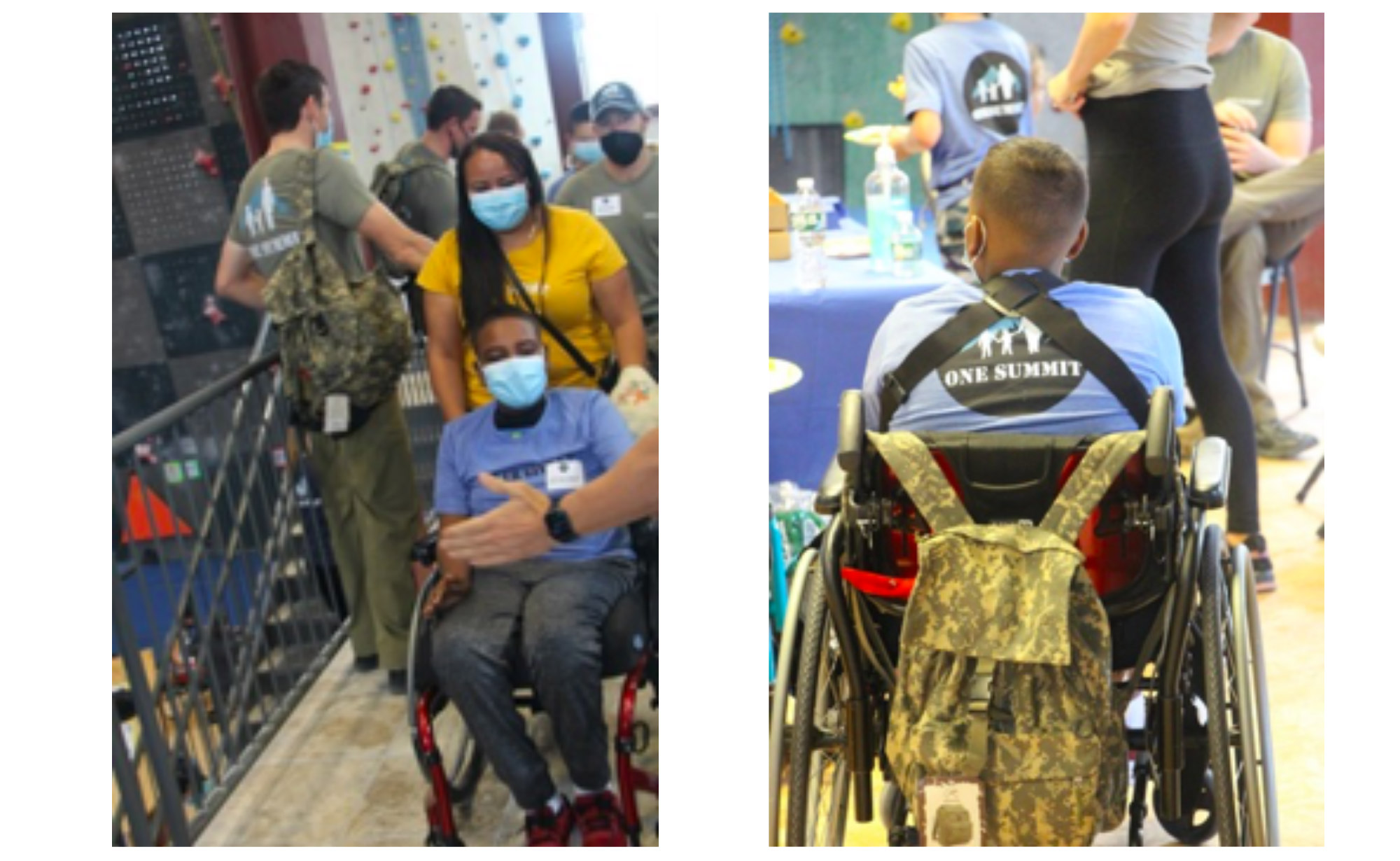 Anthony was at One Summit’s most recent Climb for Courage in Boston in September. “I was nervous about it because I thought I wouldn’t be able to climb up the wall. I knew the other kids participating had cancer, but I was in a wheelchair,” Anthony recalls. His mom Raquel was nervous about the day too. “I was worried about him becoming upset and feeling left out if he couldn’t make it up the wall like the other kids.” All that worry quickly turned into one of the most “super fun” and “amazing” days he’s ever had. With the help of Bonnie Denis from Waypoint Adventures in Lexington, and Dan Cnossen, a seasoned One Summit Mentor and Paralympic Athlete, Anthony made it up the rock wall three times! 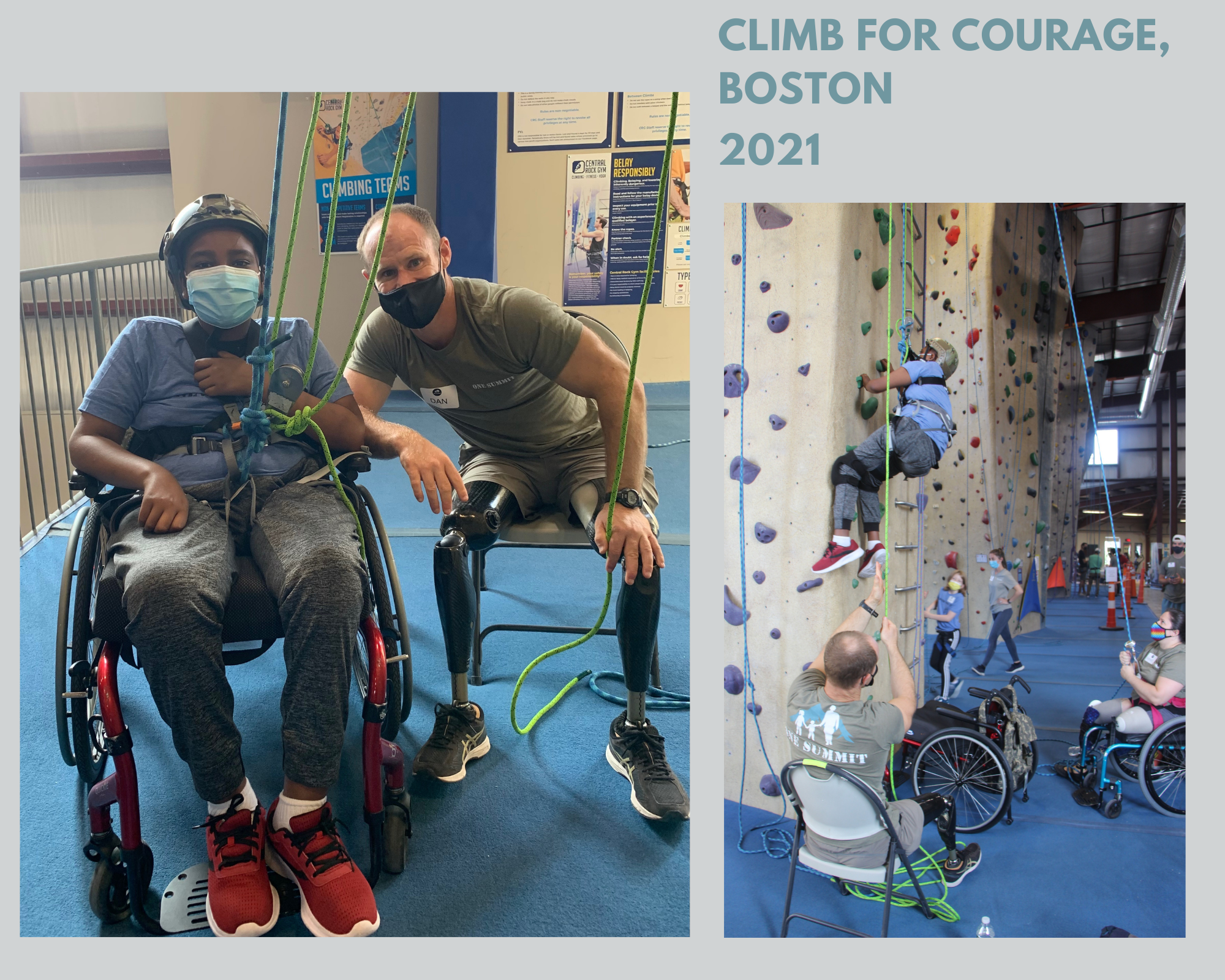 Bonnie has been working with Waypoint for nine years. Waypoint Adventures uses quality experiential and adventure-based education programs to transform the lives of individuals with disabilities. “As soon as I met Anthony, he expressed his desire to get on and up that rock wall,” Bonnie recalls. “It was great to see him light up when he realized that with the right equipment, and with some instruction, he’d be up the wall in no time at all.” Dan also expressed the same sentiments. “I knew right away Anthony was a special person. His general demeanor was trusting, and his wonderful attitude and willingness to try something new was most impressive.” Anthony felt motivated. “After talking with Dan and hearing his story, I was inspired. I knew if I put my mind to it, I could get up that wall.” 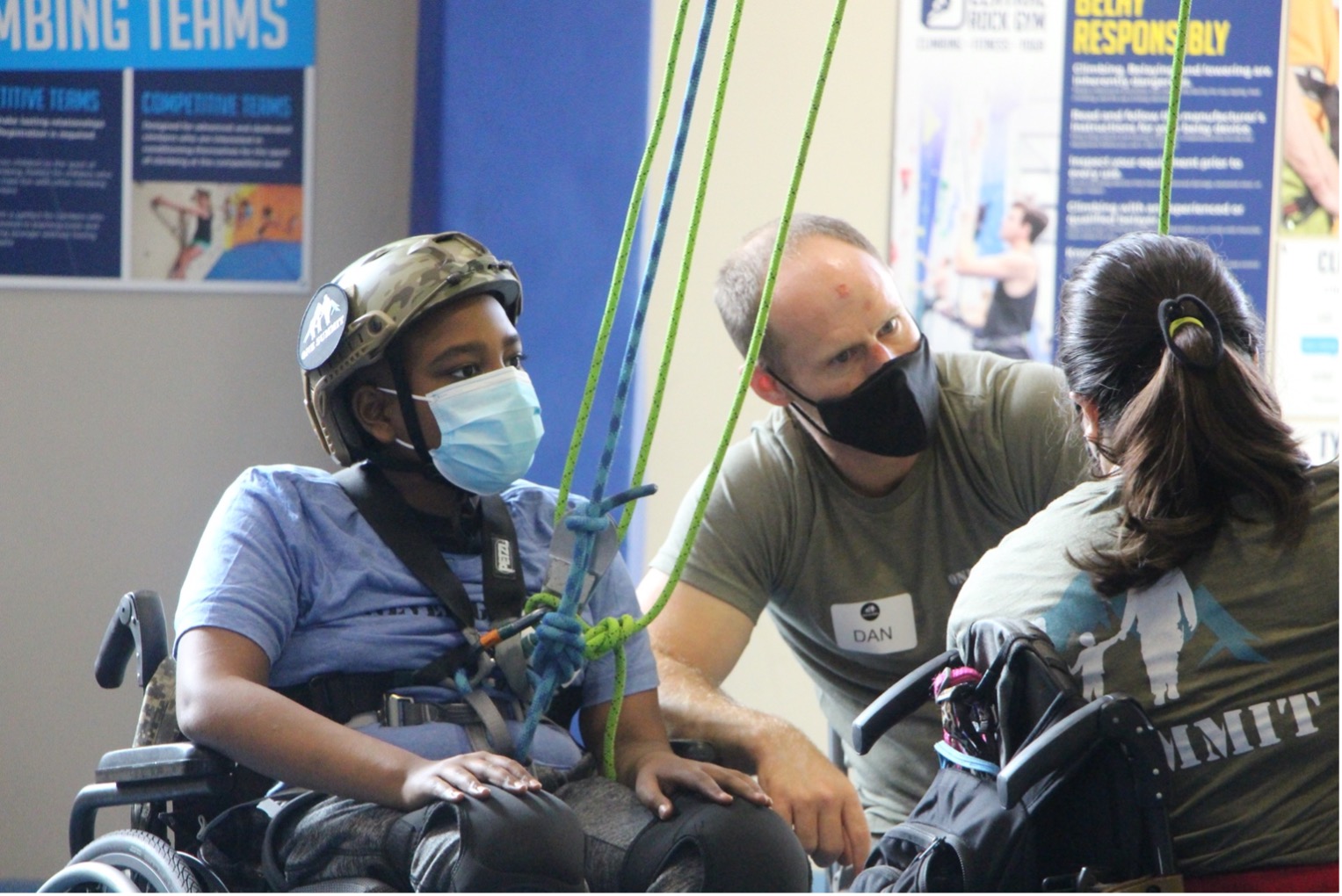 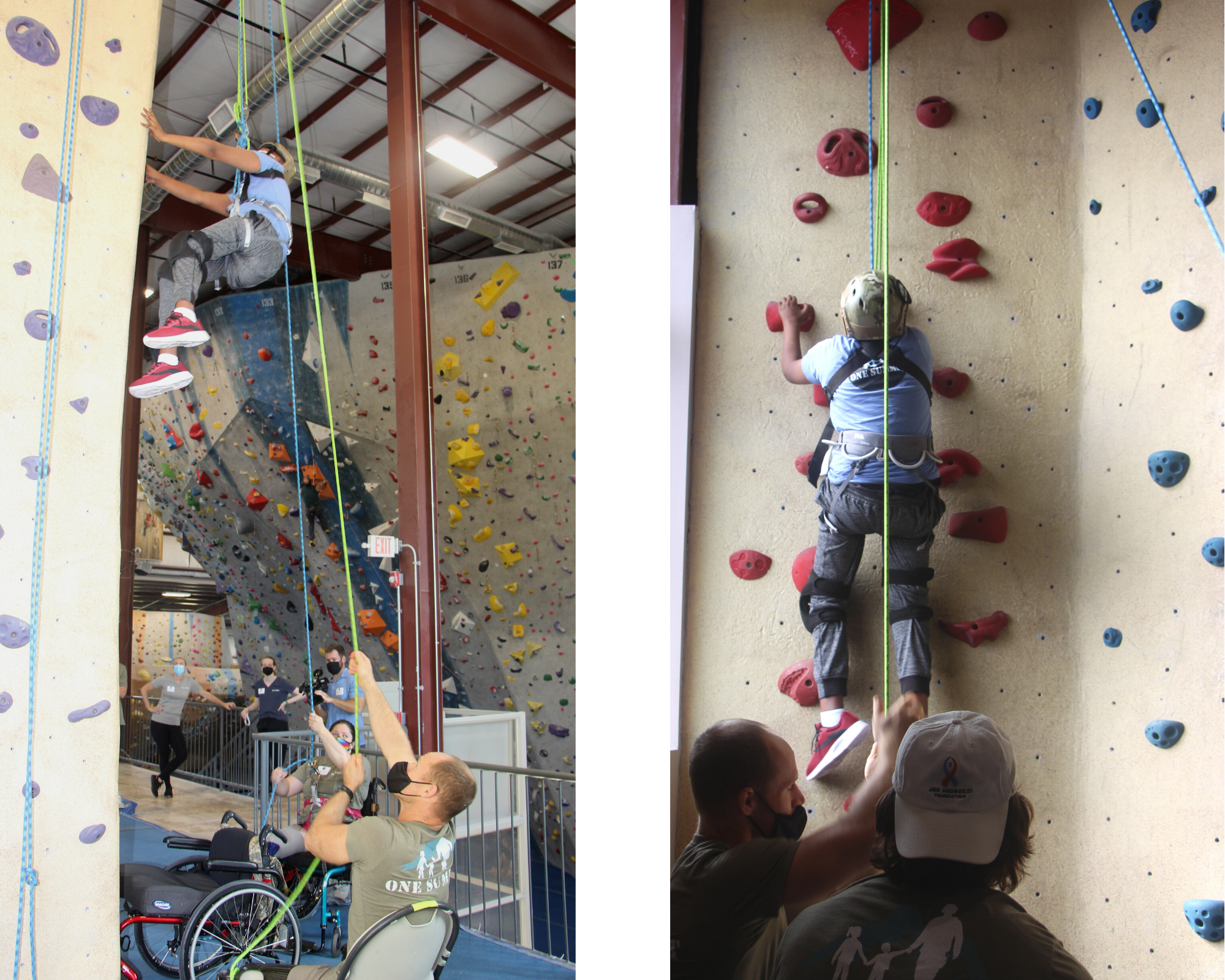 The funny thing is, Anthony felt inspired by Dan’s story, but we were all inspired that day by Anthony. Watching him ascend the massive wall was moving. His mom was able to observe his last climb of the day. “I looked up and just started crying. I realized at that moment that something I thought he wouldn’t be able to do he was conquering.”  Anthony and Raquel may have been out of their comfort zone but they both were happy with the result. Since that day, each has a new sense of “anything is possible.”

Limitations in life are ever-present, but how we look at those limitations determines how far we can go beyond them. A person’s attitude shapes not only success but also happiness. At One Summit, we want to help our little warriors build resilience. One way to do this is by letting go of the beliefs and attitudes that restrict rather than empower performance. You determine your mindset, and attitude is one of the few things in life you have total control over. Anthony exemplifies the “warrior” mentality. He faces challenges that come his way head-on. “Nothing is going to stop me!” We agree with him whole-heartly! 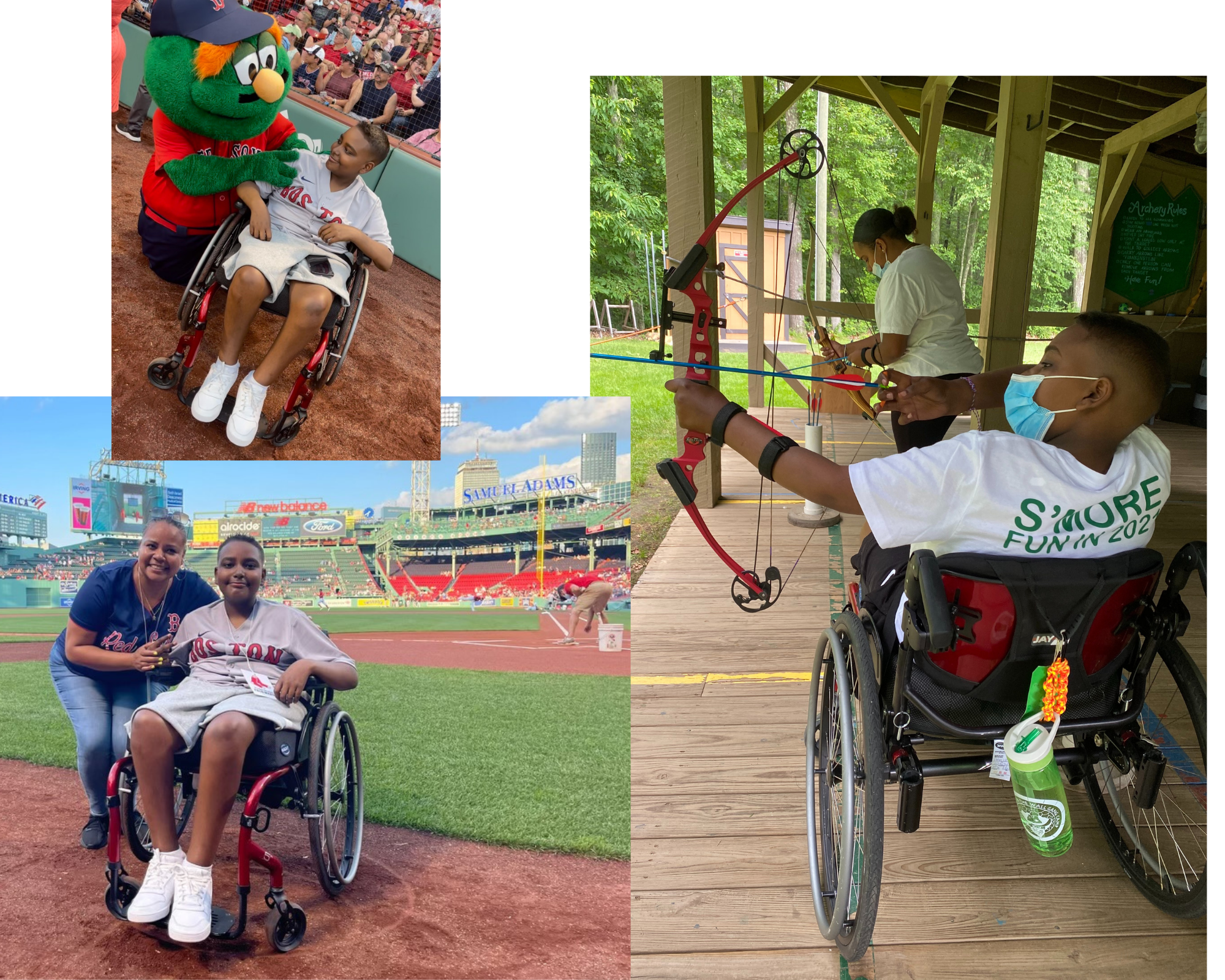