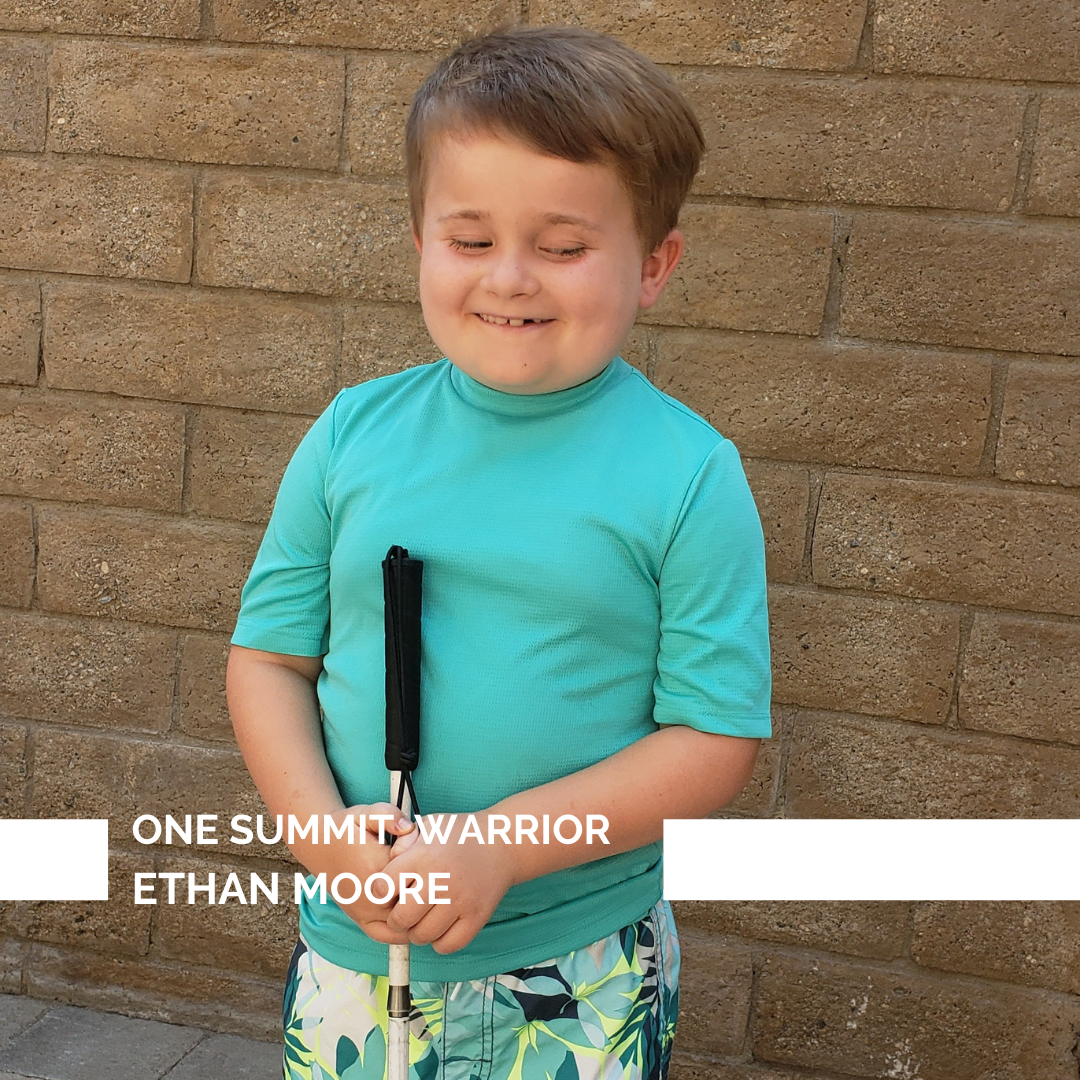 “Life has no limitations, except the ones you make.” This quote by Les Brown immediately came to mind when I heard Ethan Moore’s story. Ethan is Katie and Aaron Moore’s first child. Like most parents with a new baby, they worried and fussed over Ethan. Those first few months with Ethan, they’d sometimes tip-toe into his room late at night “just because.” At around three months old, Katie and Aaron noticed that Ethan’s eyes would twitch back and forth at times, and at his 4-month pediatrician checkup, the doctor saw the same thing. After being referred to Children’s Hospital of Los Angeles and going through ultrasounds and MRIs, Ethan was diagnosed with an Optic Pathway Glioma (brain tumor) on October 25th, 2013, at just five months old. 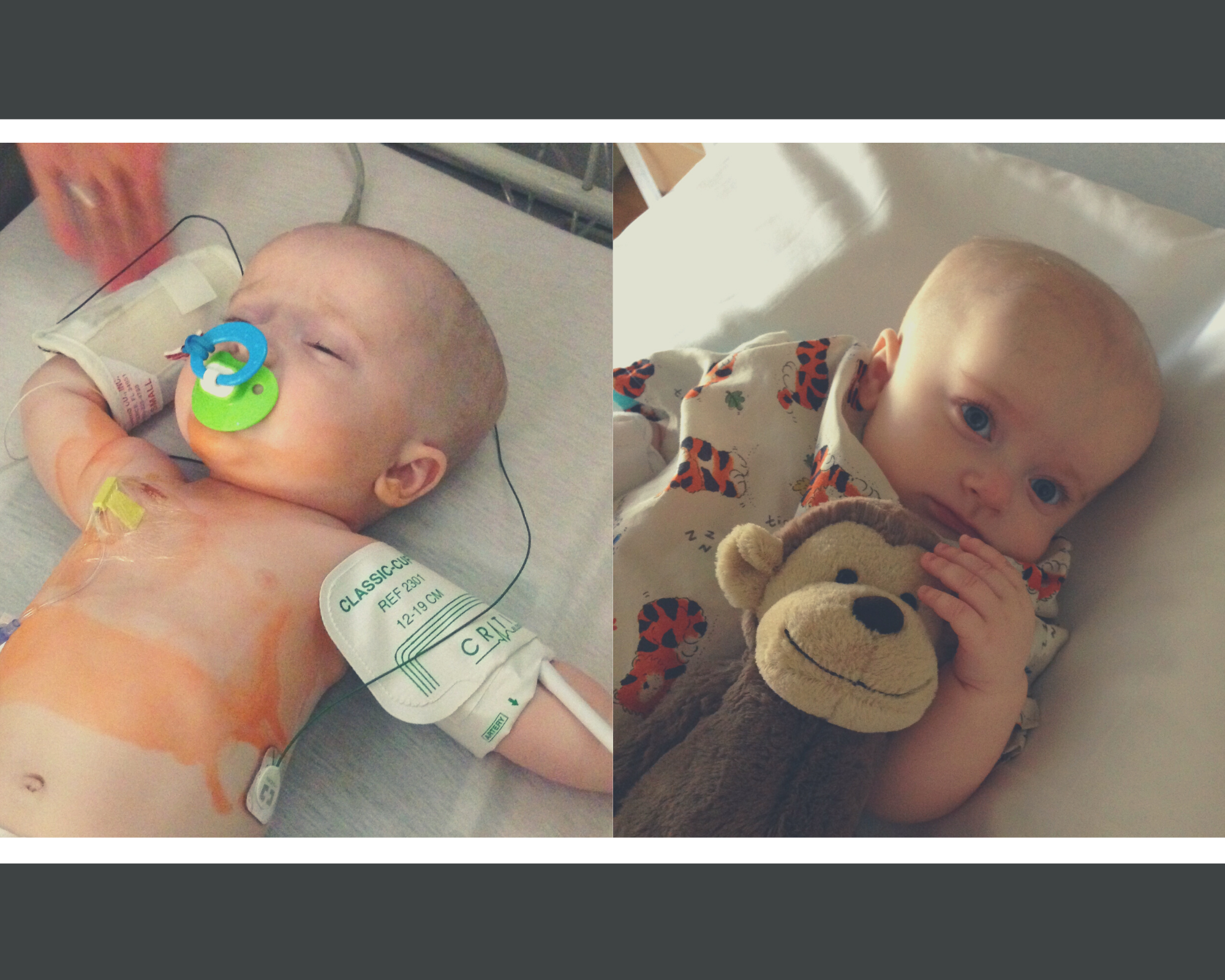 He started chemotherapy immediately at CHLA with hopes of shrinking the tumor and reducing pressure on his optic nerves to preserve his eyesight. Several weeks later, after an MRI showed positive signs of tumor reduction, Ethan’s vision still suffered a significant loss. Ethan continued his fight with fourteen months of chemotherapy, countless trips to CHLA, multiple surgeries, and a rollercoaster ride of ups and downs. The tumor has decreased significantly but will always be something that he’ll need to manage with future chemotherapy treatments.  Ethan’s most recent scans were stable. Although he has lost his vision and must continue to go in for scans every six months, Ethan, even at such a young age, has not let any of this stop him from living his best life.

Ethan, and his younger brother Caleb, attended the 2019 Climb for Courage in San Diego. Having cancer and being blind present limitations every day, and one would think even more so when faced with the challenge of climbing up a rock wall! “Ethan was excited, not scared that day. Katie and I were more nervous than he was,” Aaron Moore recalls.

Ethan was paired with Navy SEAL mentor Mike. Mike helped guide Ethan up that rock wall like a pro, one handhold at a time. “It was amazing to see him climb to the top of the walls. He couldn’t see the holds, so he was reaching and going by feel. When he got to the top, he was so happy. He is fearless. His positivity is infectious. I find it remarkable that a kid that age could have so much determination and courage, but really, it’s not surprising. Ethan faces challenges every day with a smile on his face.”

At the end of the day, the kids get to do a “swing” where they swing back and forth in the air all alone. Katie and Aaron were petrified, but Ethan did great. He relished in the freedom of flying through the air. His mentor Mike recalls, “We walked up to the top of the boulder wall and hooked him into the rope. I watched as we walked him to the edge, and he felt the pull of the rope. He started to get nervous. I asked if he wanted to get down. After a moment, he steadied himself and jumped. The place went nuts. Ethan had an ear-to-ear smile. He did it at least one more time and probably would have gone all day if he could have. It blew me away as I tried to imagine what that experience must have been like for him. He couldn’t see. He knew he was walking to a ledge. He had no idea how far of a drop was in front of him. He had no idea what the sensation would feel like, but he knew he wanted to go for it. He overcame his fear. His faith, bravery, and love of life were inspiring, and it stuck with me.”

The day was also important for his brother Caleb. “Sometimes, the siblings of a child with cancer do not get the attention they deserve. Although Caleb was too young to participate in the climb physically, the day was still special for him,” Aaron told me recently. 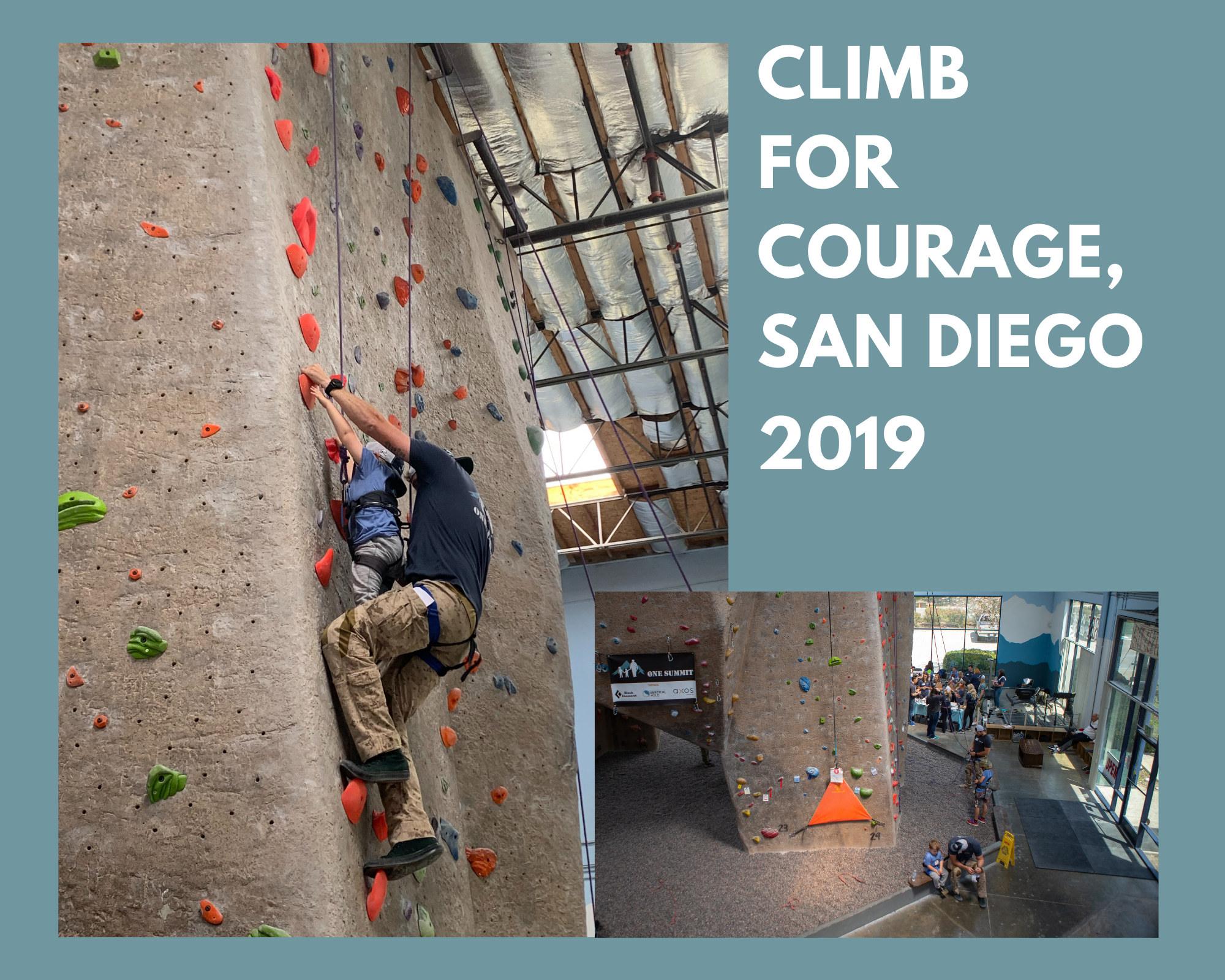 Kids can teach us a lot if we take the time to watch them. Sometimes, they prove to be even more resilient than adults. They tackle challenges head-on, whereas adults often tend to overanalyze. Ethan, who learned to read Braille in pre-school, will be starting the 3rd grade this fall. He recently competed in the 2021 National Braille Challenge, winning first place in his age group for the SoCal region and then moving on as a finalist, where he went up against kids from across the country.

Ethan loves music, and his taste in musicians quite frankly surpasses that of any other child I know that is his age. He enjoys listening to Elton John, Jerry Lee Lewis, and The Eagles; and has seen each of them live in concert! He lives every day to the fullest, riding his scooter, jumping on the trampoline, wrestling with his brother, and going to the beach.  Despite all the challenges he’s had to overcome, Ethan has remained strong. His sweet spirit; constant throughout all the hardships he’s had to endure. Ethan, a tough little warrior and an inspiration has not let the limitations that have come his way define him. He is overcoming them, showing everyone what resilience is! 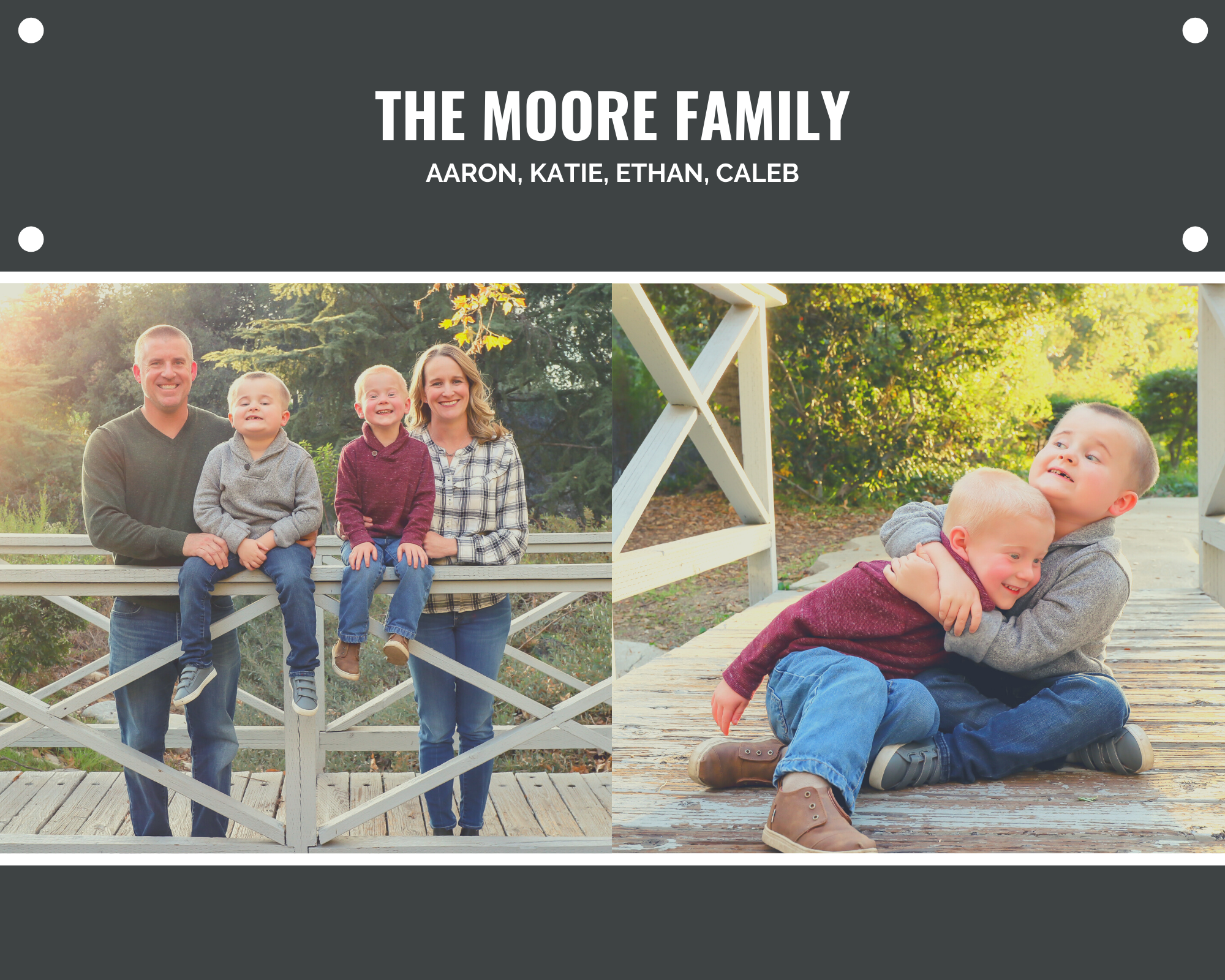