These were the three words Eric Sun used to describe how he felt the morning of Climb for Courage, Boston in November 2014. 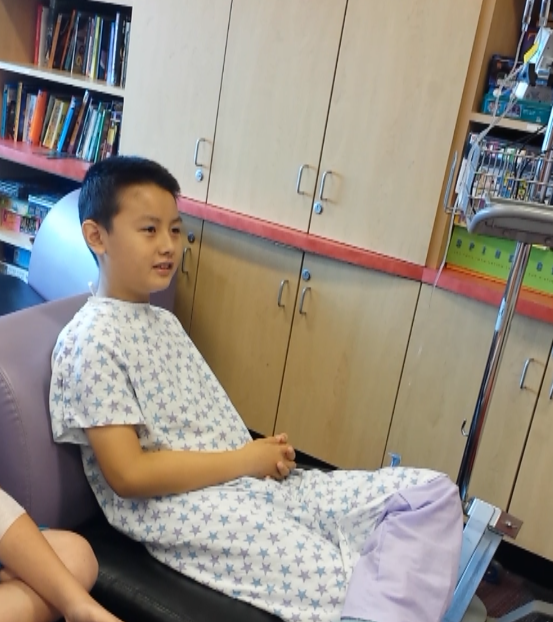 Eric had good reason to feel this way. At 12-years-old, he found himself in an unfair fight with Non-Hodgkin’s Lymphoma – a type of cancer seldom found in children that brutally attacks the body’s immune system.

He was also skeptical about what the climb could offer “a grumpy, overweight middle schooler going through chemotherapy.” He admits that, at the time, he thought One Summit’s emphasis on resilience was “shallow.”

I recently had the chance to ask Eric, now 17-years-old, whether his perspective has changed since then. What does he think about the word today?

“It wasn’t until this year during a week in March when I understood the meaning of resilience. All of my extracurricular commitments had piled up, I was buried in schoolwork, and was staying up past 2 AM the entire week supporting my friend – all the while preparing for two academic competitions. That was when resilience clicked. The word resilience was chosen correctly. It conveys hardship. It conveys bravery. It conveys determination.”

For those who know Eric – including our Founder, Adam, our Executive Director, Dianne, Eric’s mentor, Will and myself – the driving force behind his shift in perspective is rather easy to pinpoint:

In the five years since participating in Climb for Courage, Eric has undergone the very process required to build resilience in his own life.

Although easy to identify in hindsight, the reality is that nothing about this process is easy. When in the middle of it, it can feel like a never-ending, fatiguing, non-linear and at times, lonely mission. However, if provided the skills, training, and support, one can develop the mindset and momentum needed to reach the summit, arriving to find rewards that far outweigh the short-term suffering experienced along the way. Rewards like a strengthened sense of self, a new perspective and an overall enhanced meaning of life.

Eric is starting to realize these very rewards.

But, what did his mission really entail?

1. Exposing himself to new, challenging experiences

Although “nervous, nauseous and tired,” Eric forced himself to attend Climb for Courage, Boston in 2014. Having never rock-climbed nor had the chance to meet a Navy SEAL, it was an experience completely foreign to him. Or so he thought: 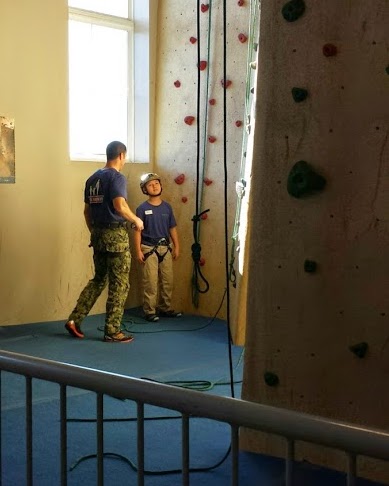 “As children, we’ve heard about the Navy SEALs, our country’s elite fighting force. They are the best-of-the-best, both physically and in character. I knew that I would never fully understand the endurance and mindset needed to endure SEAL training nor would I ever understand the stress of a combat zone. But there is still an interesting dynamic between a pediatric cancer patient or survivor and a Navy SEAL: each views the other as far braver and stronger than anything the other could ever hope to attain.”

Finding comfortability and courage in the face of the unknown inspired other endeavors, such as fencing, the USA Biology Olympiad and developing a research management platform that informs patients what personal information is collected on them.

One experience at a time, Eric quickly built a habit of embarking headfirst into the unknown.

2. Leaning on a like-minded community for support

But he also quickly learned that being adventurous doesn’t fortify oneself from failure. In fact, failure is imminent when starting anything new. To combat against failure, Eric built another habit: creating, investing in, and learning from a team of supporters.

“One Summit was a source of morale. Even post-treatment, they still play a role. I know that Adam, Greg, Dianne, and many others are out there and cheering for me as I begin to experience the highs and lows of life. I know that there is an entire community rooting for my success, and this made my fight less lonely.”

3. Choosing to “never give up”

One member of Eric’s community was Will, his mentor from Climb for Courage. And while Will and others happily served as Eric’s second line of defense, they also taught him that it was ultimately his responsibility to take the steps required to move forward in the aftermath of setbacks. The lesson stuck and was continually reinforced.

“Eric has told me about his successes and what he defines as failures. It seems to me he has learned that not succeeding initially at something doesn’t equate to failure. He has learned that through hard work and a no quit attitude, he can overcome setbacks and has risen to incredible heights as a result.” – Will, One Summit Mentor & Former Navy SEAL

4. Reflecting and finding ways to serve others

These “heights” are certainly worth celebrating. But they also imply danger.

Between beating cancer, navigating high school and receiving many academic and extracurricular accolades, Eric recently reached many of these so called “heights.”

How did he proceed upon arrival? 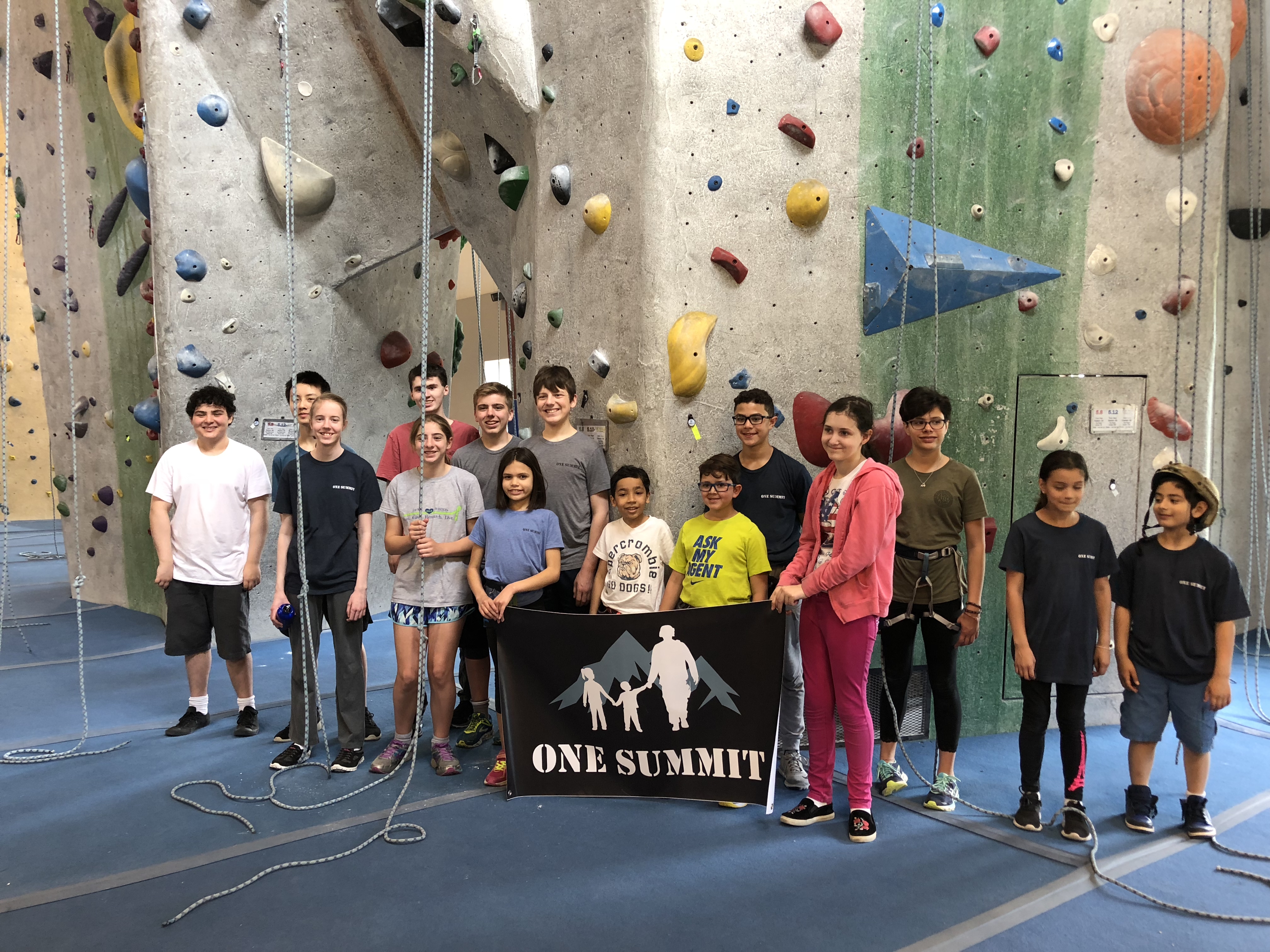 “Last year, I attended Climb Higher, a new program One Summit had introduced to bring back people who had been in the community for some time. I realized that I had escaped relatively unscathed. The only lifelong side effect would be that of a concerned mother. I was able to bounce back relatively well as a student, as a scholar, and as a learner. Middle school might have been hindered, but I entered high school and continued climbing.”

By turning around and reflecting on his ascent, Eric gained perspective, ultimately recognizing how lucky he was to receive a treatable cancer diagnosis that now has an almost 0% chance of relapse. It was a realization that informed his descent:

He wanted to inspire other pediatric cancer patients just embarking on their ascent.

To do so, Eric began volunteering at One Summit – supporting our Climb for Courage, Boston program and Post 390 Fundraiser in both 2018 and 2019 and completing a variety of database projects aimed at streamlining our operations – as well as other cancer-related organizations such as Emerson Hospital and Melanoma Warriors. He is now brainstorming how he could use his future studies and career to make an impact on cancer research. 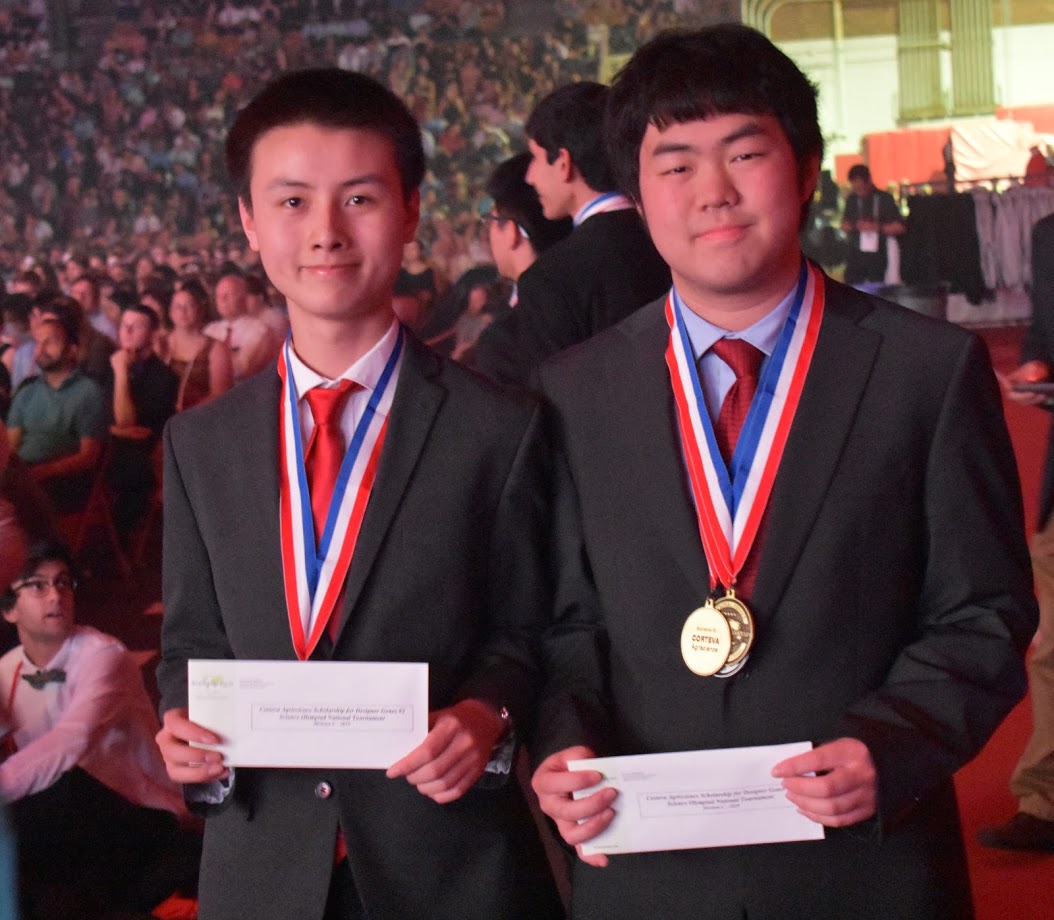 One Summit would like to wish Eric the best of luck as he graduates high school and explores his options for college and beyond!