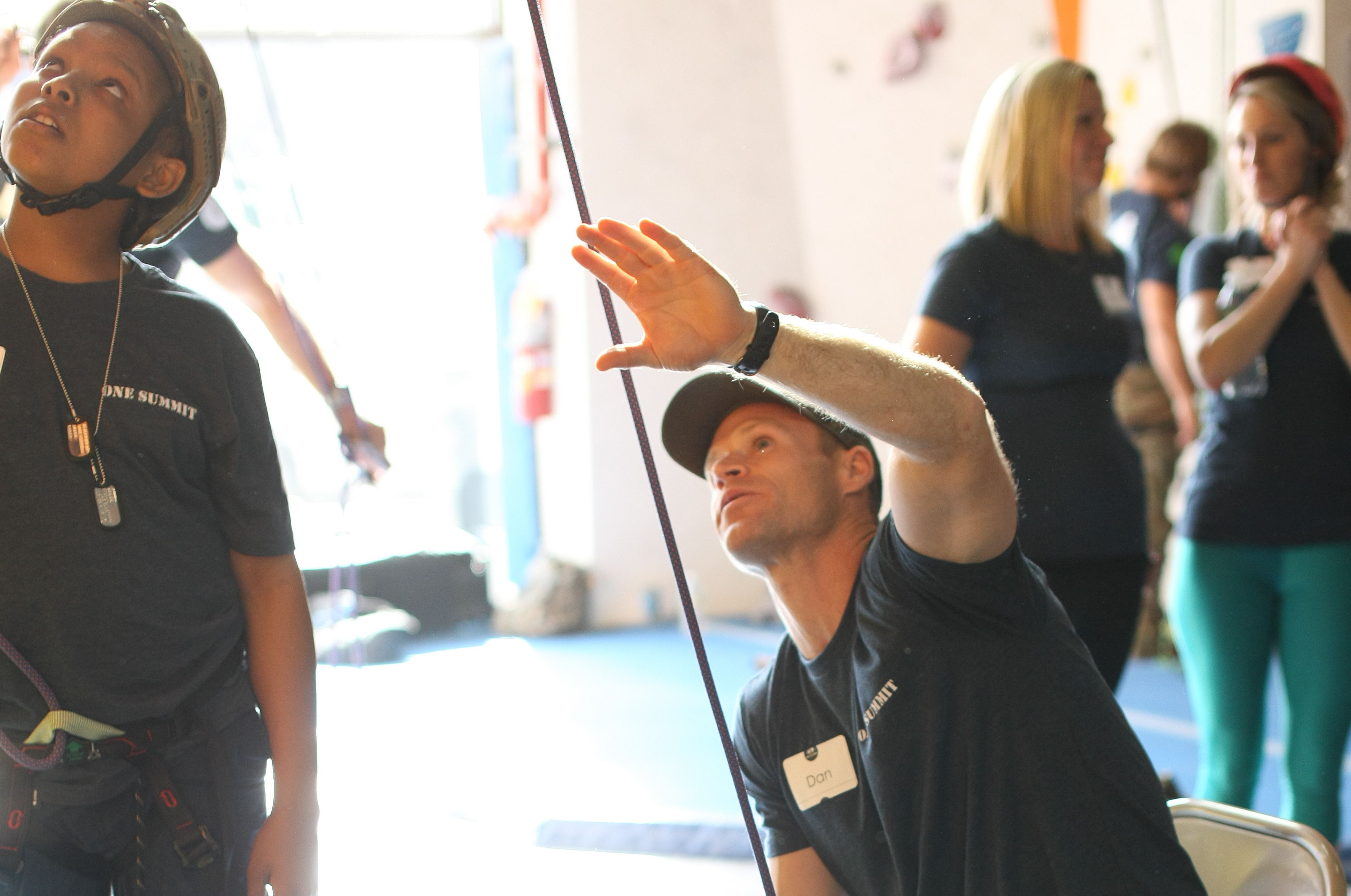 “It’s really gratifying to have that one-on-one interaction with the kids, teaching them climbing skills and some valuable life lessons.” – Dan Cnossen

The life lessons Dan Cnossen can teach are endless. Each one is tied to a deeply transformative experience he’s had in his own life. Some have been triumphant. Others traumatic. All have shaped his perspective on resilience and the person he is today.

Lesson #1: “If you never confront the fear, you miss out on the opportunity.” – Dan Cnossen

Growing up on a fifth-generation family farm in Kansas taught Dan many things. The value of hard work and the importance of focusing on the task at hand, among others. The one thing it didn’t do was expose him to the very place he envisioned for himself: the water. It wasn’t just that he lacked exposure. As he admits, “I actually had a basic fear of water before my time in the SEALs.” This didn’t stop him from applying – and being accepted to – the Naval Academy in 1998, where he “used to get butterflies before basic pool drills.” Long hours in the pool followed, eventually showing Dan that “if you confront your fear over and over again, the human brain has a way of getting over it eventually.” That’s exactly what happened. Dan learned at a young age that what seemed like a disadvantage or weakness could become a source of strength. He entered BUD/S shortly after graduation. And because of the experiences he went through just to get to SEAL training, not only did he know how to swim, but he also had confidence in his ability to break the “fear” threshold. 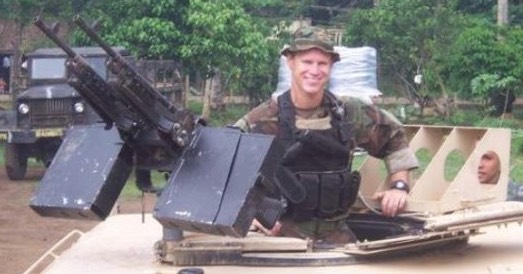 It was at SEAL training in 2002 where Adam La Reau, One Summit’s Founder & President met Dan for the first time. “His drive, dedication, perseverance, character, humility, and what I liked most – his laugh – always inspired anyone who was around him. He had an infectious attitude of positivity and a deep care for others. I'd never met a more focused person in my life.”

Lesson #2: “It’s not so much how you’re doing mentally when things are going your way, it’s more about how you react when something that you don’t plan for happens.” – Dan Cnossen

While on an advance deployment as a platoon commander with SEAL Team One in Afghanistan in September 2009, Dan was conducting a nighttime operation and stepped on an IED (Improvised Explosive Device). Immediately after the blast, Dan’s teammates reacted – when he, although still conscious, couldn’t. “The guys did a wonderful job reacting and assessing the situation, not only the broader tactical situation, but also my medical condition.” After a MEDEVAC (medical evacuation), numerous surgeries and a week-long medically-induced coma, he woke up in the ICU at Bethesda National Naval Medical Center in Maryland with his mother, Alice and sister, Leslie by his side. He had lost both his legs above the knee, was in an incredible amount of physical pain and was mentally trying to process all that had happened and what it meant for his future.

“His injuries were terrible – externally and internally – and I know he felt exhausted, sick, and in pain for so much of that time. The experience was pretty terrifying at first. I didn't know what he was going to look like, how sick he was going to be, how well he'd recover or if he'd recover at all. I was a brand-new nurse at the time and while I had some medical background, I really didn't know anything about this type of traumatic war injury. I remember feeling terrified for him and for all that he was going to have to face in life.” – Leslie Cnossen 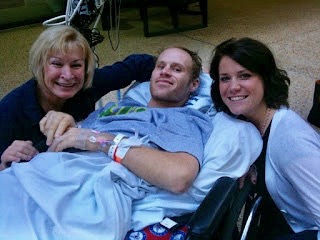 To begin moving forward, Dan fell back on the two strategies that contributed to his success at BUD/S: a strong support network of like-minded individuals; and a mindset that focuses on the immediate task-at-hand, keeping long-term goals in the back of the mind. Or as Dan describes it, a mindset in which “the effort is the success.” “I just tried to get through each day and not think about the future. That was hard. Sometimes it was all I could do just to get through the next hour. If the pain was getting bad, family and friends really helped me stay in the moment and not worry too much about the future. I had faith in hard work.”

As Leslie puts it: “It was a ton of trial and error, figuring things out as we went along and really utilizing the various systems we had around us for support – medical, military, nonprofit, and family/friends from near and far. Dan worked really hard at conquering mental exhaustion and physical frustration by doing things that were healthy and good for him each day, such as physical therapy and reading vigilantly, both of which he really valued.” This approach carried him through “a few dozen surgeries over several weeks” and months of rehab at Walter Reed National Military Medical Center, where he eventually learned to walk with his new prosthetics.

It was at Walter Reed where Dan was awarded a Purple Heart and Bronze Star with Valor for his service. It was also where Leslie discovered a new opportunity for herself to serve: “Once Dan had his final surgery and was ready to leave the Walter Reed nest, it seemed appropriate that I stick around to use what I’d learned from the experience and give it back to others.”

Lesson #3: “There is something to be said for reinventing the self after a major injury or setback, finding a way to do whatever it is that you love.” – Dan Cnossen

Throughout his rehab, Dan kept one very clear, long-term goal quietly in the back of his mind: he wanted to be active and back out in nature again, two things that provided him great fulfillment prior to his injuries. He just needed to learn how to approach his goal in a new way, with his new body. 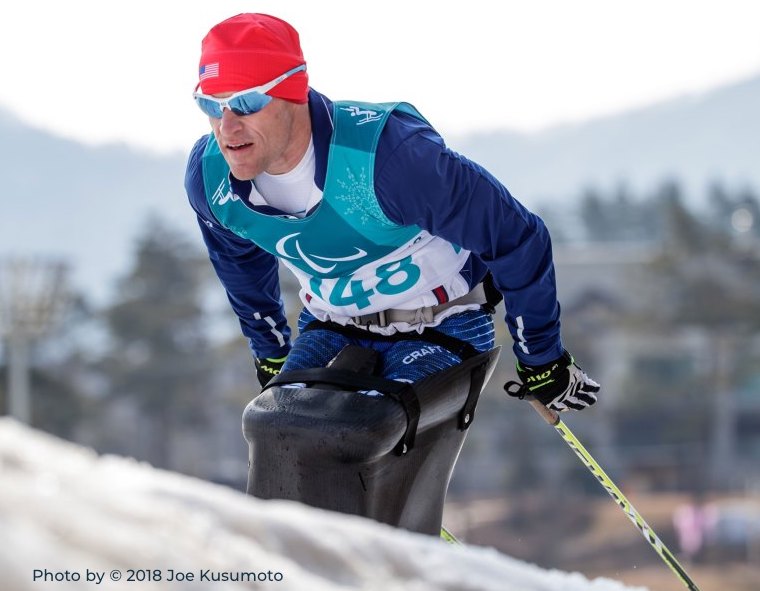 The Paralympics presented him that very opportunity in late 2010. It was a chance for Dan to do the things he liked to do before his injury – sports, training and nature, among others – but to do them in new ways. “Becoming a skier has been really great for me. It’s the best way for me to get back out in the woods and cover ground, something I’ve always liked doing, but now I get to do it on snow, which is unique. If I had been a biathlete or cross-country skier before, I’m not sure that I would want to do it the way I do now, from the seated position.” In the case of the biathlon – an event that combines cross-country skiing with rifle shooting – it also aligned well with the skills he'd gained as part of the SEAL teams.

Dan was honored by the past two administrations at the White House, first for representing Team USA in Sochi in 2014 and second for his accomplishments in the 2018 Paralympic Winter Games in PyeongChang, where he earned six medals (1 – Gold, 4 – Silver and 1 – Bronze). He continues to compete, most recently in February 2019 at the World Para Nordic Skiing Championships where he earned two silver medals.

Lesson #4: “Stories of others who have been in similar situations really help you identify and know that you’re not alone.” – Dan Cnossen 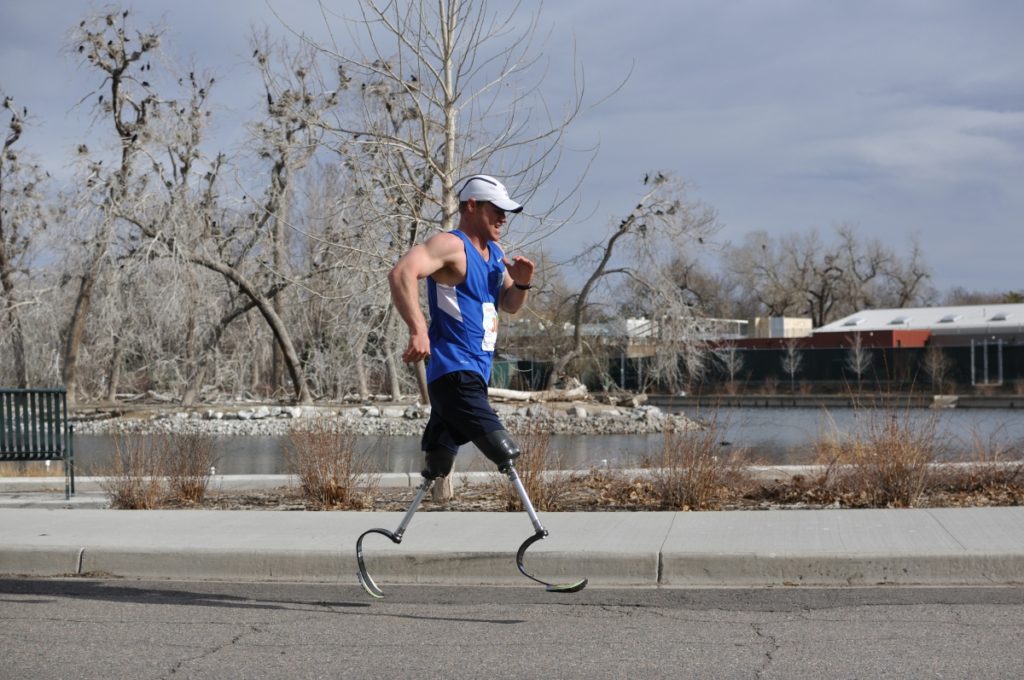 When Dan was injured in 2009, he found himself “hungry for stories of others who had lost limbs. What were they doing now? Could they run? Climb mountains?” These stories not only helped him answer some of the questions he had about life post-injury, they also inspired him to push his own limits every day. They motivated him to formulate short-term goals, keeping him on track towards his longer-term vision of competing and reconnecting with nature. “When you are lying in a hospital bed all day, it’s easy to get down. These stories really helped my mind sort things out.” 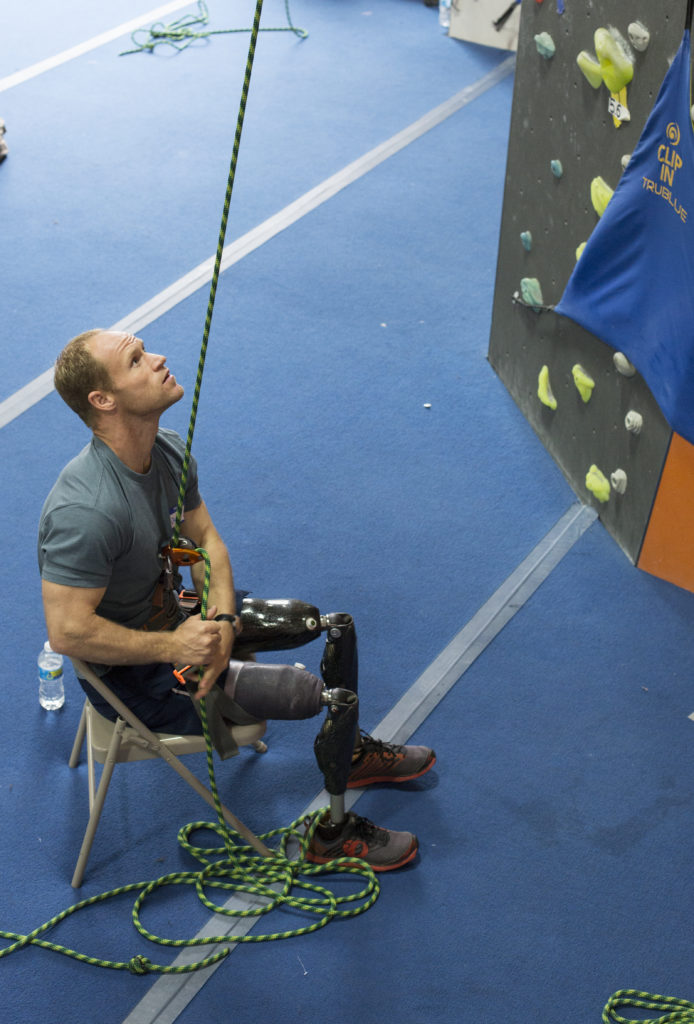 “For One Summit to have these profiles, and for One Summit climbers to share their stories with other kids is truly important.” Dan knows that by sharing what he went through with his own injury, he has an opportunity to help kids who are in the midst of their own – in many ways, related – challenges. In doing so, it also provides him with the ability to serve in a different context, “filling a large place in my life, as I continue to look for ways to help others.”

“I think he realizes he has a lot of wisdom to share, and also a lot still to learn from others who are striving every day to conquer illness and injury.” – Leslie

Dan has volunteered as a mentor at seven Climbs for Courage, including the very first one in 2014. "We're lucky to have Dan as a mentor at One Summit. He pursues his mentorship to these little warriors with the same effort as he trained for combat and the Paralympics. Dan’s mind is as strong as his body – he’s a mentor to all of us, especially our little warriors.”– Adam La Reau