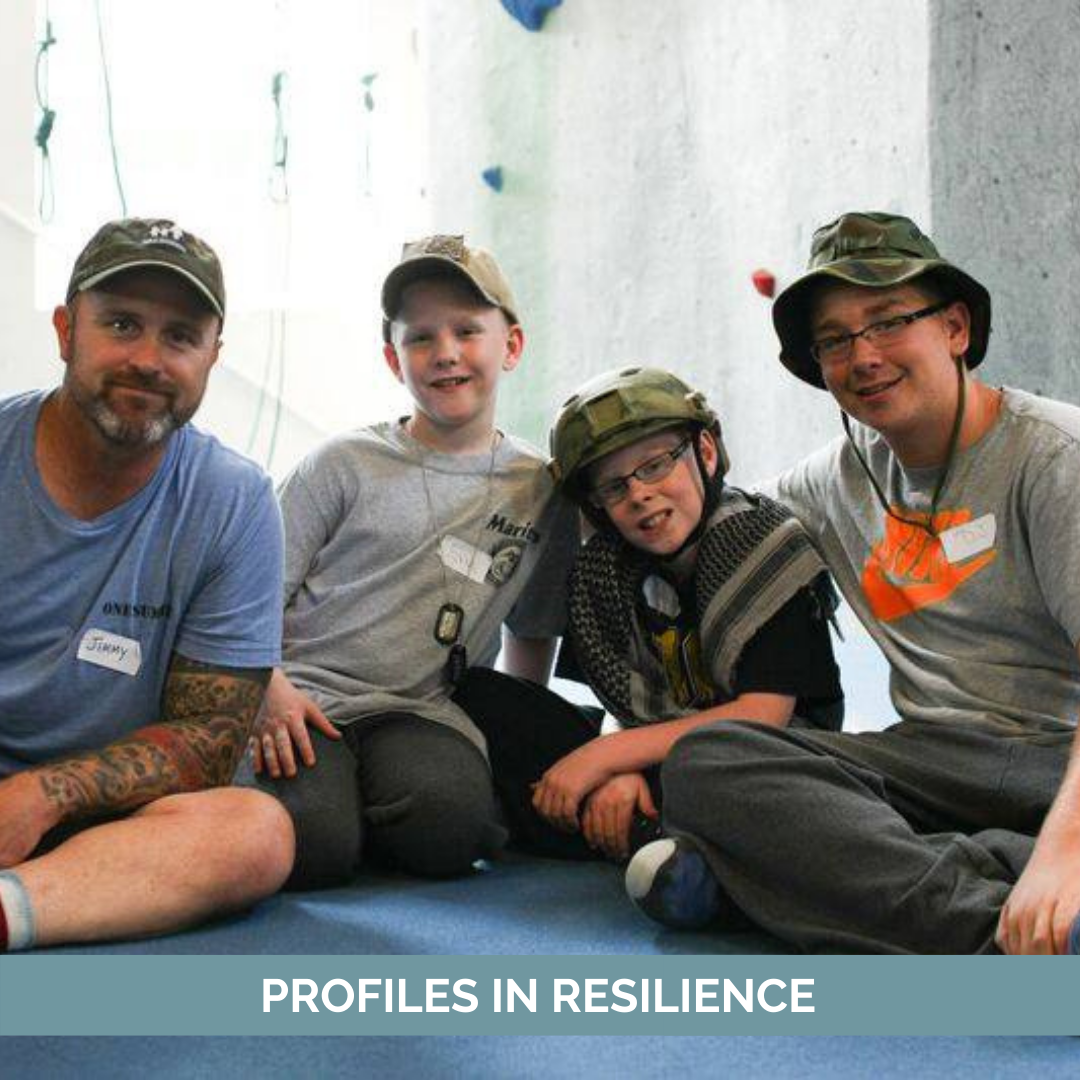 By Kara Pogue, One Summit Contributor and Team Leader

Connor Heffler was recovering from surgery following the removal of a cancerous tumor from his spine when his mom Beth first learned about One Summit.

Steve and Beth Heffler's hockey-loving, lacrosse-playing, active little boy was diagnosed with cancer the week before his ninth birthday. What started as pain between his shoulder blades, easily explained by playing sports or helping his brothers, twin Evin and older brother Ryan, shovel the winter's snow from their Massachusetts driveway, turned out to be much more serious. When Connor woke up and couldn't walk one morning, his parents took him straight to the hospital, and he was in surgery by that afternoon.

He was in the hospital from March through May that year. And though he was improving, the idea of rock climbing seemed out of the question.

"We were always with him," Beth says. And when she was invited to drop Connor and his brothers off at a gym to rock climb with Navy SEALs, she wasn't immediately sold. "Like, I'm not leaving him anywhere," she says.

But after getting more information, she changed her mind, and she and her husband decided to take Connor, his twin brother, and his older cousin to the One Summit event. 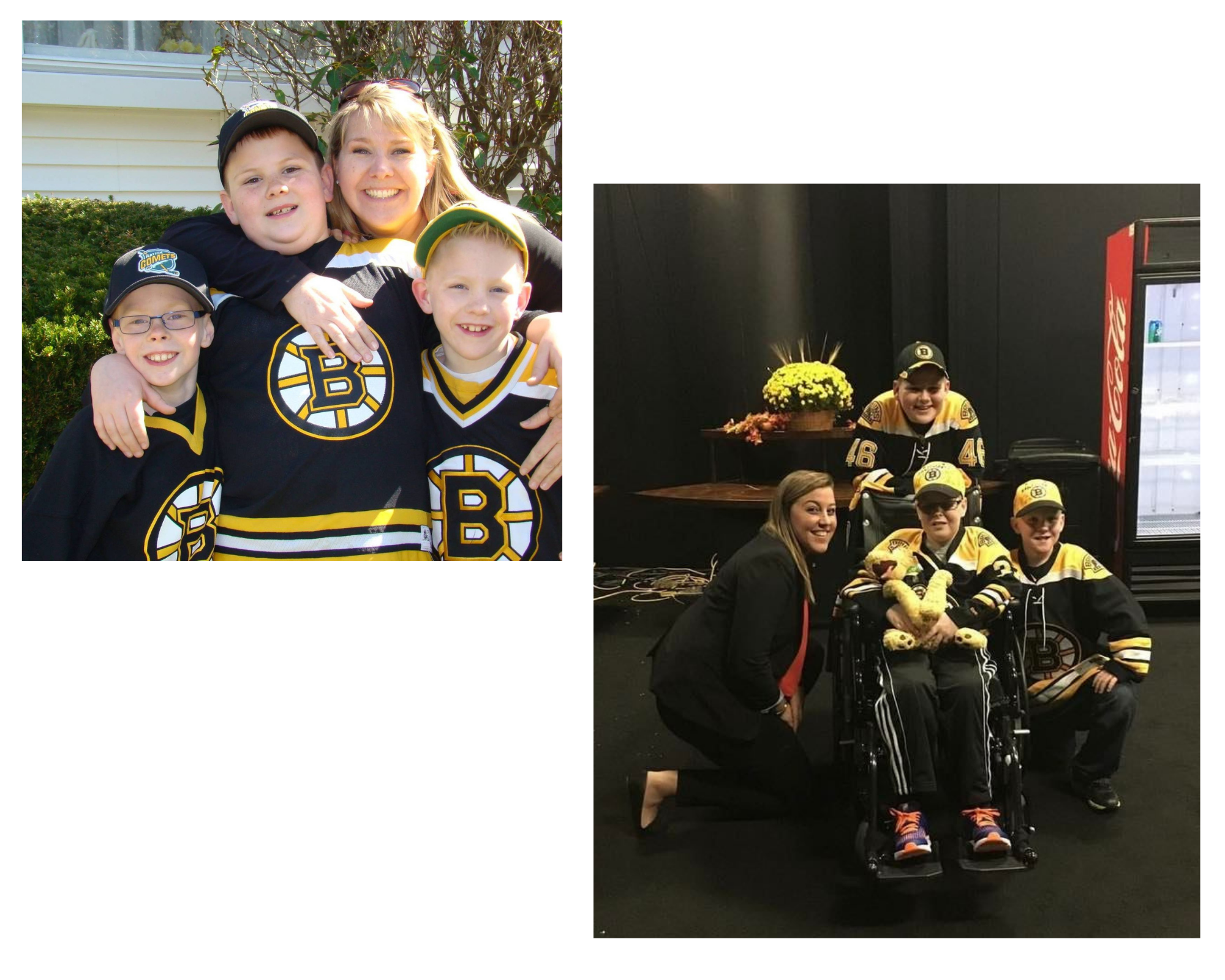 "I'm like, 'This is going to be really interesting' – I was really nervous, and I didn't know what to do, but I just let them go and do it, and they did, and they had an amazing day! All of them, even the older cousin," Beth says.

"You know, at the time, Connor wasn't even walking, but there are pictures of him at the top of the wall," Beth says. "He felt so good about himself after that day. It was like he conquered everything that day. I guess you could say it kind of kicked him into working harder to get better."

She clarifies, "Better for him." – Unfortunately, Connor never fully recovered from cancer, but he did start walking again, riding his bike, and even skating before his cancer ultimately returned.

Connor passed away at age eleven.

"He packed in the 11 years he was with us with much joy and happiness," says Beth. 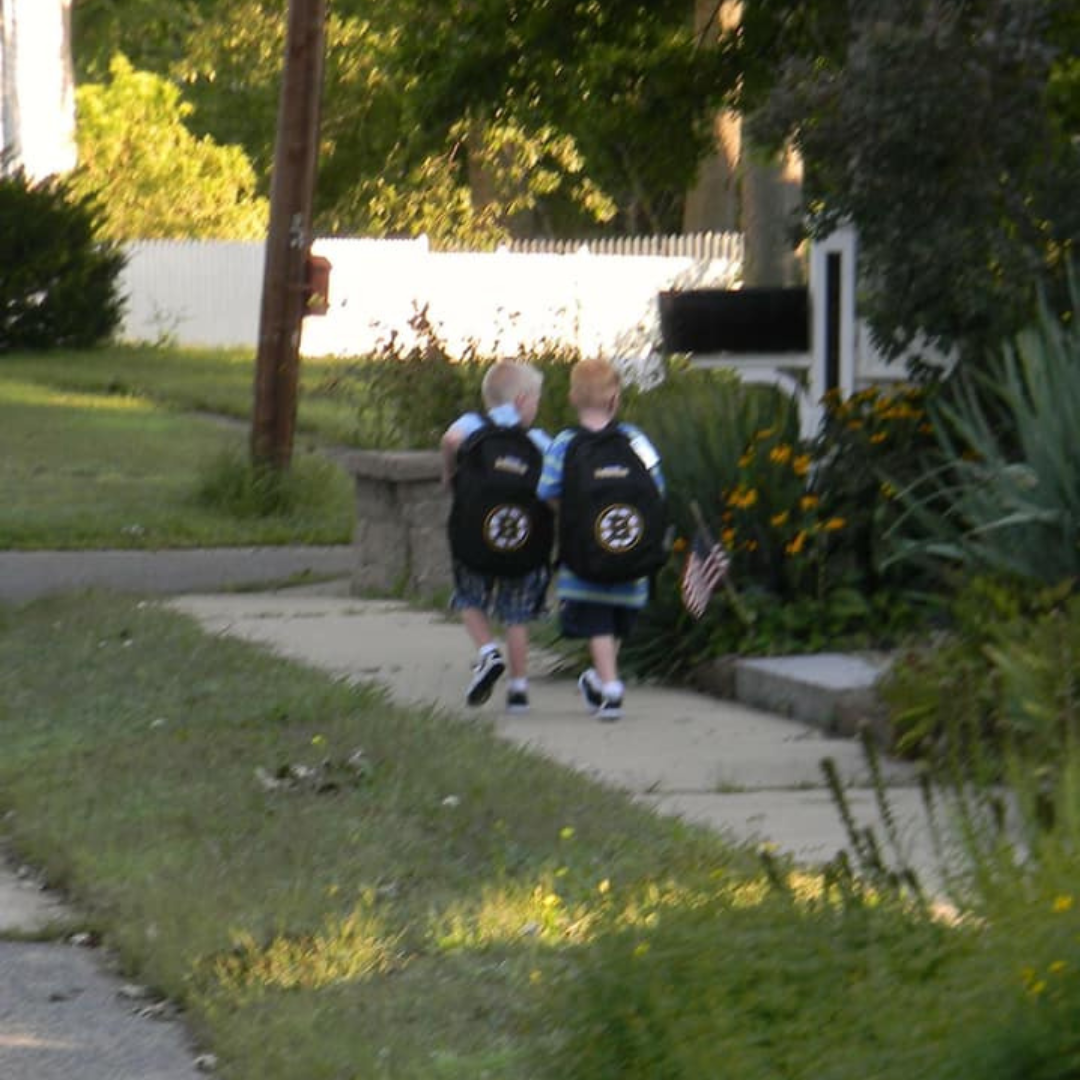 Connor is not forgotten. Not by his family or his community. Connor's community rallied around him after his diagnosis and continues celebrating his life. There's a park in his neighborhood, where he used to play, named in his honor. And a corner on the Boston Marathon route, where his mom was often positioned in her role as a police officer and Connor and his family watched and cheered for the runners, has been dubbed "Connor's Corner." Numerous fundraisers are held in his honor, including the Connor Cup, a hockey game between the two middle schools in town that raises money for "Cops for Kids with Cancer." The Hefflers have even advocated for legislation that Connor himself had worked to help pass, promoting more childhood cancer research by providing incentives for drug companies who conduct the research.

"With everything that was done for us and the love and support that we continue to get, and Connor's been gone for six years and we still feel the support from so many people, it would just be wrong if we didn't do all we could to educate people on childhood cancer," says Beth about their continued mission.

She says Connor had his dad's big heart. "Steve misses him terribly and will tear up at the thought of him or any other child we hear about that has passed." The Hefflers do everything from a place of hope – a hope that there can be an end to childhood cancer.

"We are thankful for all the support from everyone around us," say Beth and Steve. "Everyone we have met on this journey - we just continue to pray for a cure, so no other families have to live with broken hearts."

Beth says she recently read a post on her town's message board where someone asked, "Who is this Connor I keep hearing about?" She says she sometimes feels guilty about how much attention Connor gets when there are other kids out there fighting cancer. "Why people focused on him and supported him? I'm told it was because he was just so positive, that everything was going to be okay – his way about him is what attracted people," she says.

She replied to the question on the message board, using it as another opportunity to share about childhood cancer.

Clearly, Connor's positivity and hopeful outlook were other attributes he shared with his family.

"We could've curled up in a little ball the entire time and been miserable, but we haven't. We chose not to. We chose to find the joy in each day and push for the positive," she says. And for now that might mean selling yellow ribbons to benefit childhood cancer organizations, taking their other boys to watch the Bruins, connecting with other families going through similar situations, remembering their son Connor and advocating for other children fighting cancer, and hanging on to what lies ahead. 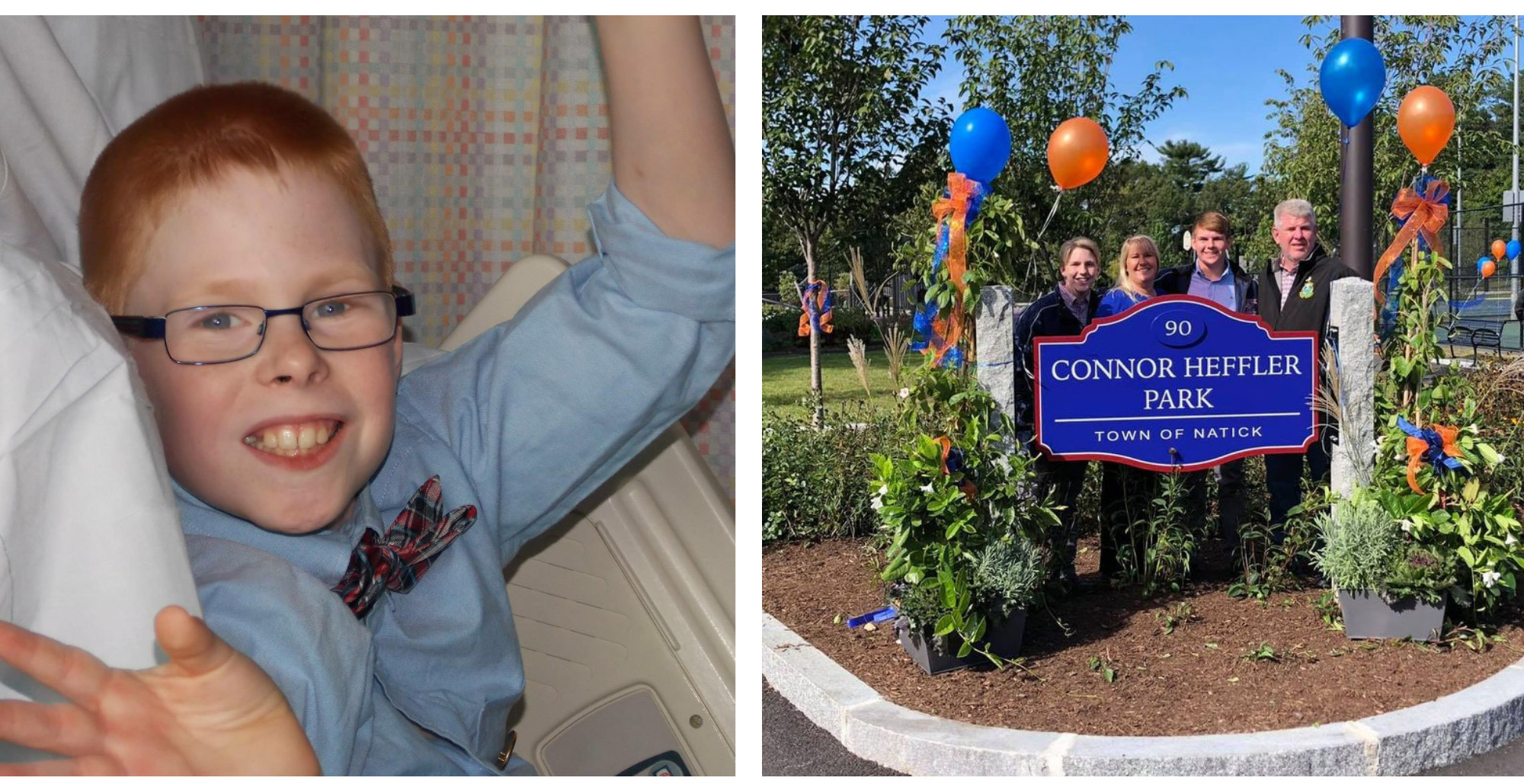