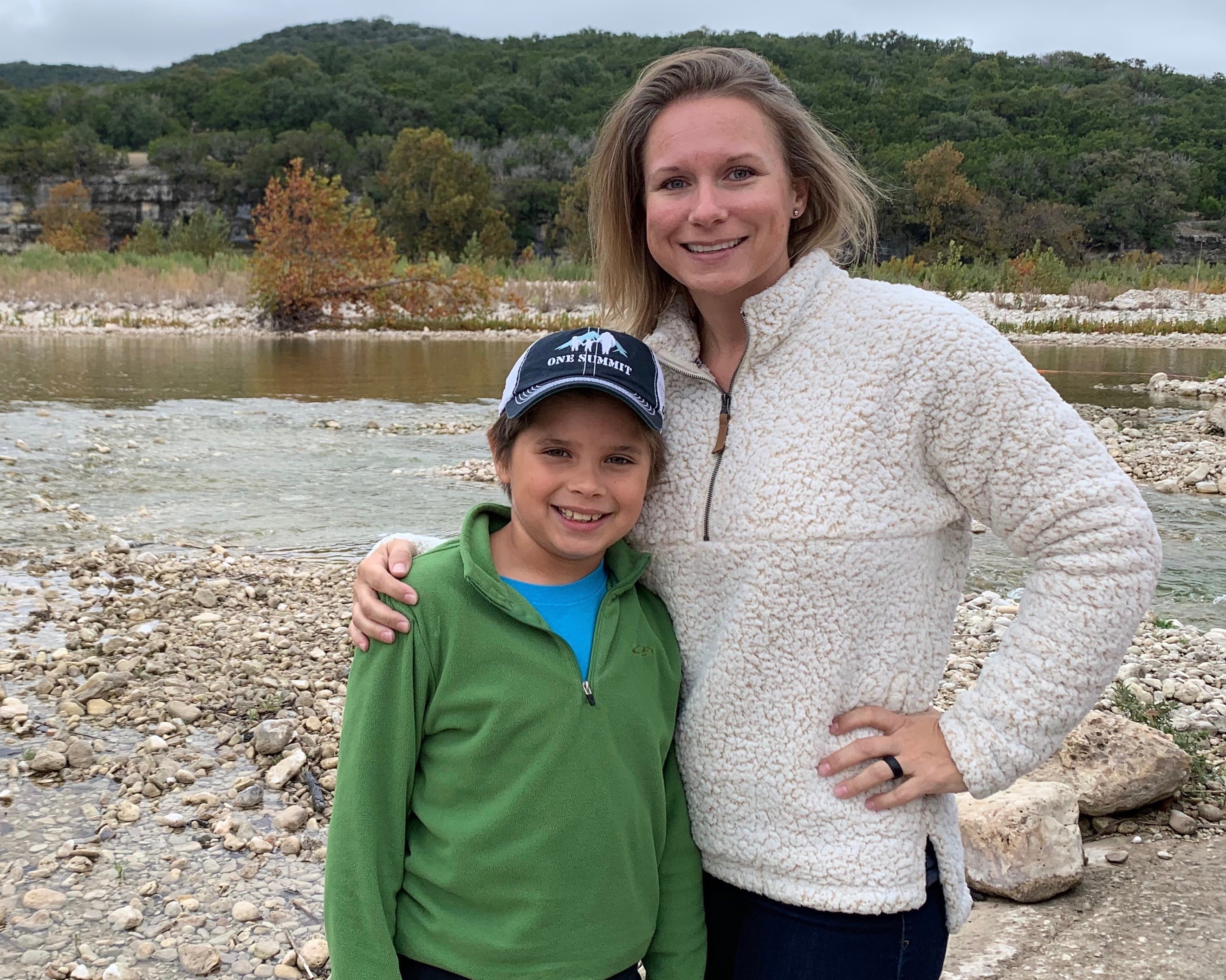 By: Kara Pogue, One Summit Contributor and Team Leader

Behind each One Summit Climb for Courage are several unsung heroes who make the event go off without a hitch. Like their husbands, they are quiet professionals who work tirelessly to get things done, not for credit and notoriety, but the greater good. They are Navy SEAL spouses and significant others, and they serve as One Summit's Team Leaders. Christina is one such leader, who shares her time and heart, serving our participants and their families. She has volunteered alongside her husband at four or five One Summit events over the years; she's lost count. But she's always happy to help, and she brings a unique perspective to the organization.

One Summit's mission is to build resilience in patients, siblings, and families impacted by pediatric cancer through experiential learning and mentorship with Navy SEALs, storytelling, and community engagement. It is no wonder that Christina makes such an impact as a Team Leader; she is the picture of resilience. Christina served in the U.S. Navy for four years, and she met her husband when they were stationed together on a ship. They have been married for 18-years now and share two children, a 17-year-old daughter, and a nine-year-old son.  Over the years, Christina has held down the home front while her husband deployed to locations across the globe. A task that isn't for the faint of heart. "There is no easy way, and nothing I can do about it," she says. "So, I just power through." She adds that she also leans heavily on her faith in God to make it through the long and frequent deployments.

Here at One Summit, we believe the power of resilience is a skill needed not just by our Warriors (and Little Warriors), but by their families. We recognize that Christina, and our other Team Leaders, have had more than their fair share of opportunities to build resiliency and to recover from life's challenges. "I have seen our community rocked with loss," Christina says. "It's a terrible and tragic part of life, but again, having faith in God and surrounding myself with good people makes things better." The SEAL community is tight-knit, and the loss of lives often hits too close to home.

We value our Team Leaders' resiliency gleaned through their experiences as SEAL spouses and recognized the insight they could offer families going through challenging situations. Christina and our other Team Leaders bring a unique perspective, and they're able to empathize with the families of our Little Warriors. They know what it feels like to fear for their loved one's safety and well-being. "I just take it one day at a time," Christina shares.

Christina is thankful for the opportunity to make a difference in the lives of those she encounters at One Summit events. She heard about One Summit from a friend when it was newly formed and was quick to volunteer. "That was an opportunity for me," she says. "Because I was helping them figure everything out, basically."  She jumped right in and, ultimately, helped shape what the Team Leader role has become. When she first volunteered, she says her role was primarily behind the scenes, taking pictures, stuffing bags, and preparing gear.  She's watched One Summit grow into the organization it is today. Her position has evolved. While our Team Leaders still help with preparation and check-in, they connect with families and encourage the participants and mentors throughout the day. "We're making it seamless so that they can go in there and have a good time for the guys and for the kids," she says.

One Summit Executive Director, Dianne Lynch, reflected on meeting Christina. "In the fall of 2017, I organized my first Climb for Courage in NYC. Christina helped lead our team on-site and was the most knowledgeable volunteer in the room. In the months and years to follow, she stepped up to help build out the program, knowing how critical the Team Leader role was and could be for One Summit's future success. From the moment we met she has provided support and guidance on every aspect of our mission."

Christina and her husband are so dedicated to the cause that they've spent some of their wedding anniversaries volunteering at Climb for Courage events." It almost feels like a getaway for us," she says, of traveling from their home in Virginia Beach to Boston or New York City for the events. "It's very pleasant for us to be able to go on the program weekends together." It's also very satisfying for them, seeing the difference One Summit is making in the lives of the families and children who walk through the doors for the Climb for Courage events.

"You know, they come in there, and they've never been rock-climbing, and they think it's intimidating," she says. Even though the kids don't always feel well, they complete the challenge, with their mentor and Team Leader cheering them on the entire way. "They get to the top, and you see their energy and just the look on their face, just soar. I think that's the most satisfying part of it all."