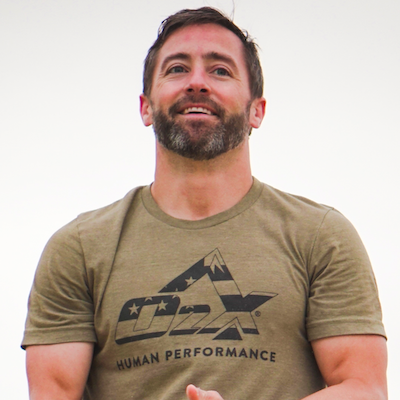 Founder, President & Chairman of the Board

Adam La Reau is a former Lieutenant Commander in the U.S. Navy who began his military career as a Midshipman at the United States Merchant Marine Academy (USMMA) in Kings Point, NY. After graduating and earning his commission in 2002, he became the first USMMA Midshipman to report directly to–and successfully complete–the U.S. Navy’s Basic Underwater Demolition/SEAL (BUD/S) training to earn the title of U.S. Navy SEAL.  After completing BUD/S and advanced training, he spent his career with east coast-based Navy SEAL Teams. Adam left active duty in August 2013 and received his MPA from Harvard Kennedy School of Government. Upon graduation, he Founded One Summit and Co-Founded O2X Human Performance. 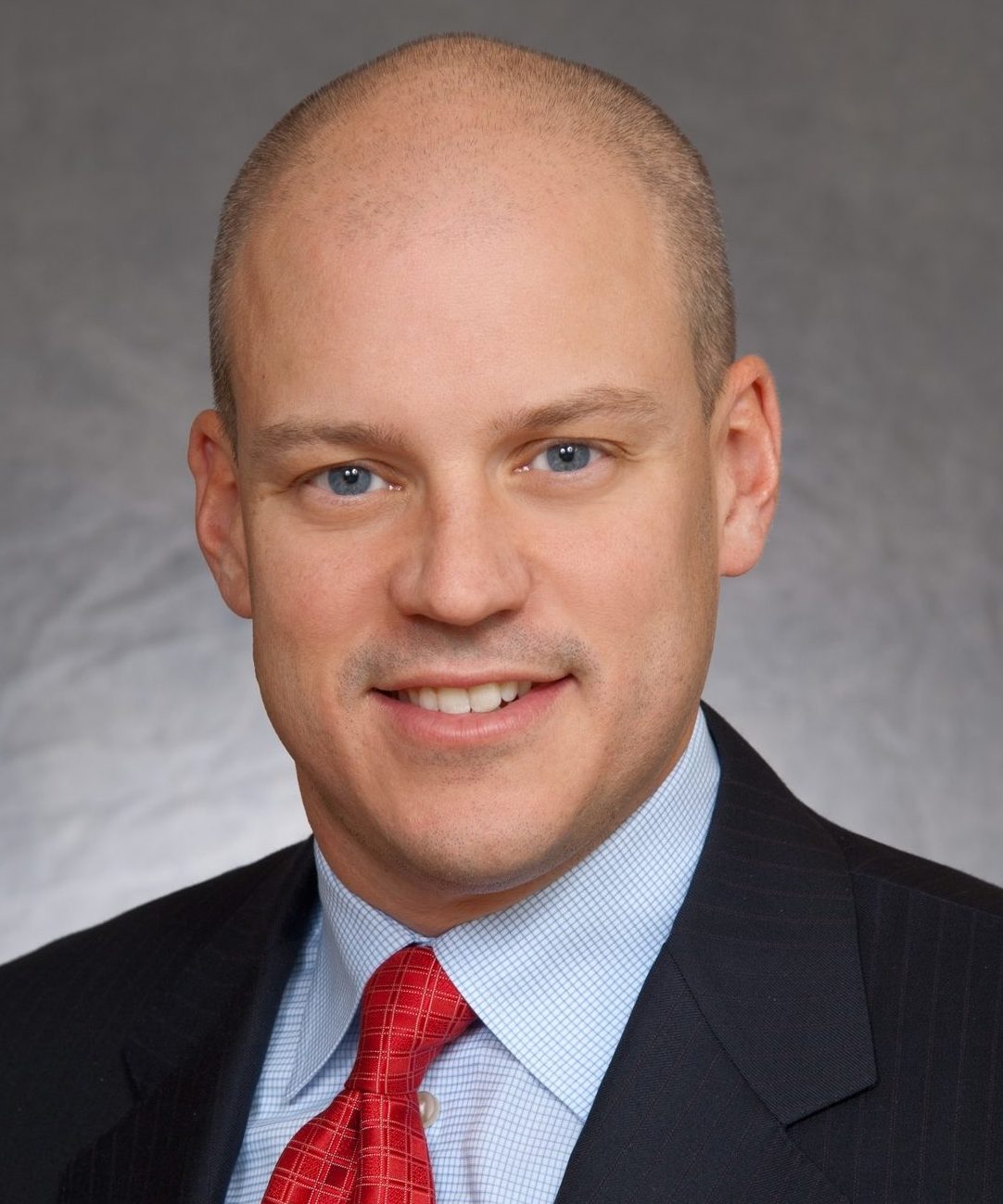 Treasurer, Board of Directors

John Roth is a portfolio manager at Fidelity Management & Research Company. Fidelity is a leading provider of investment management, retirement planning, benefits outsourcing and other financial services. Mr. Roth manages Fidelity New Millennium Fund, Fidelity Mid-Cap Stock Fund, and co-manages Fidelity Advisor New Insights Fund. Before joining Fidelity in 1999, Mr. Roth worked as an equity trader at Tucker Anthony. He has been in the investments industry since 1992. Mr. Roth earned his bachelor of arts degree in economics from Colby College and his master of business administration degree from the MIT Sloan School of Management. He is also a Chartered Financial Analyst (CFA®) charterholder. 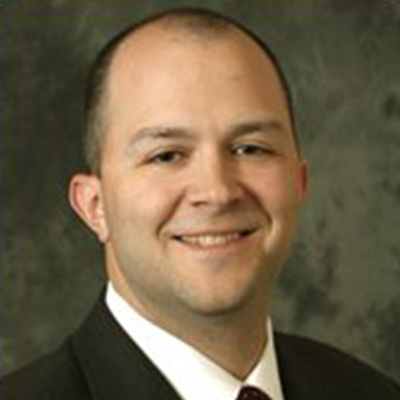 Secretary/Clerk, Board of Directors

Matthew Fedor is a litigation partner at the law firm Faegre Drinker Biddle & Reath LLP. Additionally, Matt was appointed by the New Jersey Supreme Court to serve as a member of the District X Ethics Committee, which investigates ethics complaints against attorneys. Matt has been peer-nominated and selected to Super Lawyers – Rising Stars every year from 2009 through 2015. In 2013, he was named to the New Jersey Law Journal’s list of “New Leaders of the Bar.”  Matt resides in Basking Ridge, New Jersey with his wife and three children. 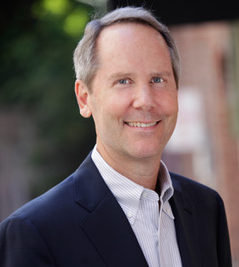 Tom has been an entrepreneur and investor in early stage impact firms since 1988. Professional highlights include serving as: Mentor and entrepreneur in residence at the Harvard Innovation Lab, founder and CEO of the Silicon Valley information management firm FARM Inc., trustee of the American University in Bulgaria, director of B Lab, managing director of Sonen Capital, and board chair of the Global Giving Foundation.  He holds a B.A. in Economics from Dartmouth College, an M.B.A from Stanford University, and a Master of Theological Studies degree with an emphasis on ethics from Harvard University. 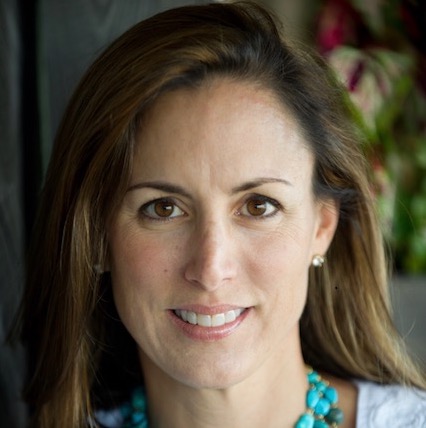 Monica is a Senior Consultant with Spartina Consulting in Rhode Island. She previously worked at CVS Health in Human Resources Strategy, Talent Acquisition and HR Shared Services. Prior to CVS Health, Monica was a Senior VP at Bank of America in Global HR Shared Services, and a Consultant at Pile and Company, in Boston and New York. She holds a Six Sigma Green Belt certification from Bank of America. Monica graduated from Trinity College and earned an MBA from Babson College. When Monica is not working or involved in board commitments, she can be found coaching youth and high school girls’ lacrosse and field hockey players throughout Rhode Island. She resides in Narragansett with her husband Geoff and three daughters. 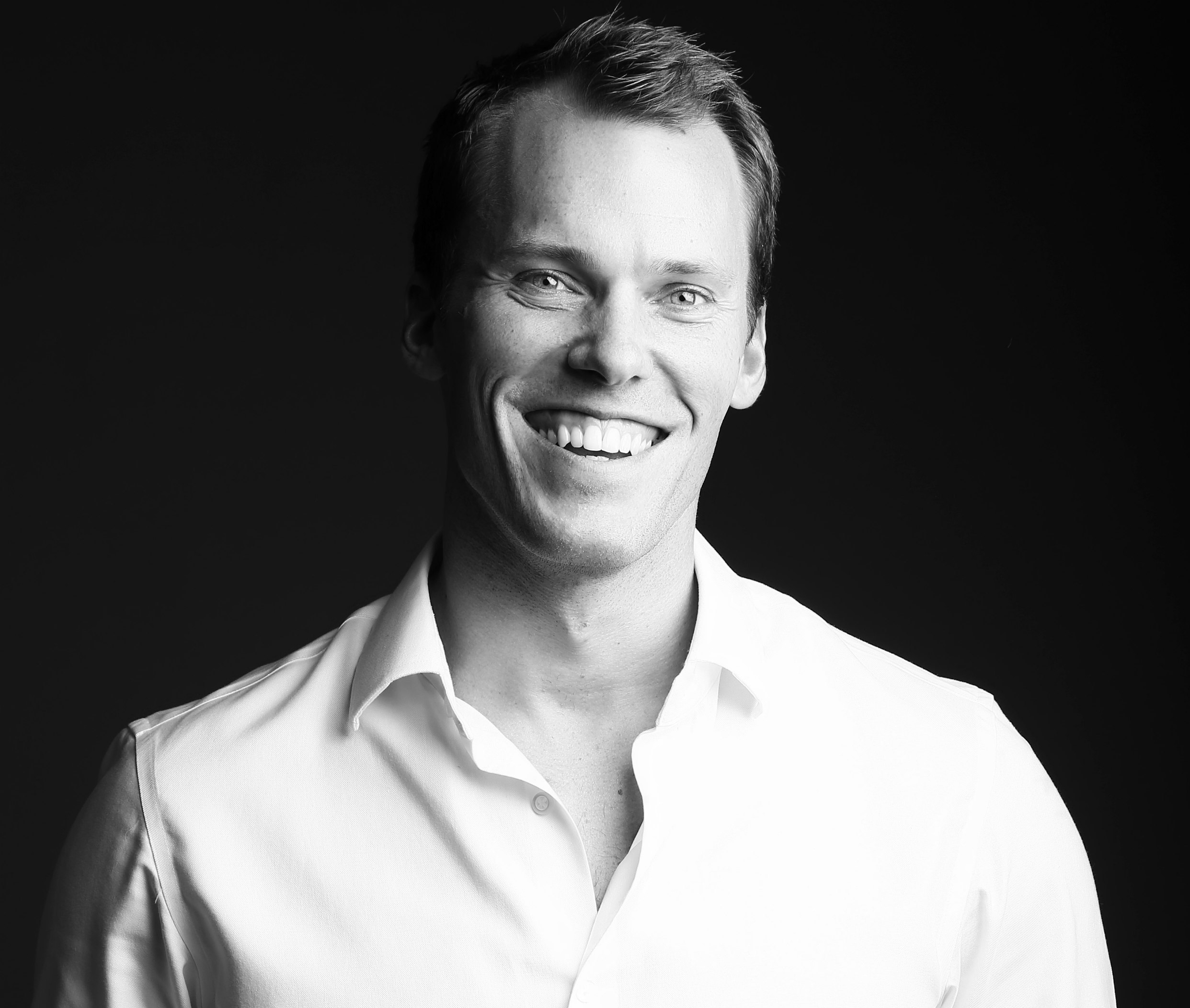 James is a Senior Program Manager at Orbital Insight, Inc., a geospatial analytics provider to defense and intelligence agencies.  He left active duty service in 2018 after nine years in the SEAL Teams.

He received his bachelor’s degree from University of Notre Dame, and his master’s in business administration from MIT Sloan School of Management. James resides in Charleston, SC with his wife and twins. 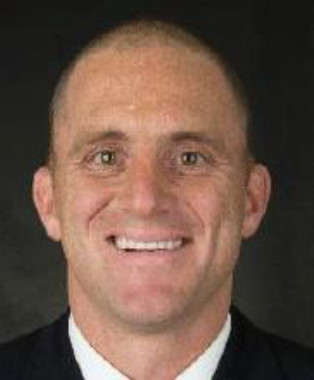 A native of Boston, Andy graduated from Lexington High School and then attended the U.S. Naval Academy in Annapolis, Md. Upon graduating, Andy was assigned to a San Diego-based ship and enrolled in Basic Under Water Demolition/SEAL training. He has deployed across the globe nine times since 2003. From 2018-2020 he Commanded Special Boat Team Twelve in Coronado, CA. In 2015, Andy attended Harvard’s Kennedy School, earning a Mid-Career Master’s in Public Administration. He currently serves as the Director of Leader Development and Education for Naval Special Warfare. He will retire from active duty in early 2021. Andy and his wife Kelly are committed parents to their four school-aged children and dog. They currently reside in California. 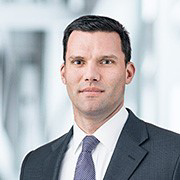 With over 25 years of business experience, Nick is an accomplished team player with a proven track record of driving new business, cultivating long-lasting relationships, and leading the design and execution of successful strategic business strategies. Currently, he is Head of U.S. Institutional at Pictet Asset Management. Prior, Nick led the successful launch of Fiera Capital’s U.S. business serving as the head of U.S. institutional and Global Head of consultant relations. Nick earned a B.S. in Civil Environmental Engineering from Worcester Polytechnic Institute in 1994 and his MBA from Babson College in 2001. He spends his free time coaching youth sports, fishing, playing hockey, while trying to keep up with his wife and two young children. 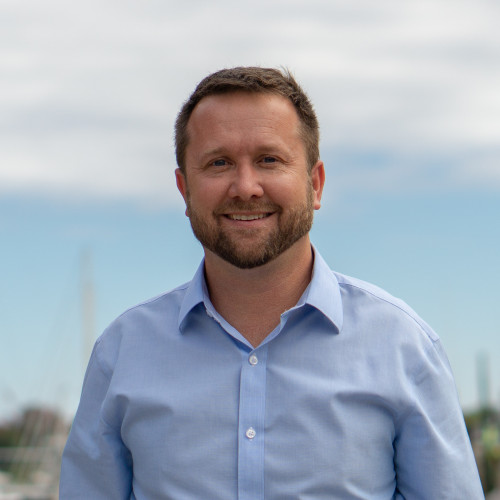 Jason Mitchell is the Principal Consultant & Owner of Steamboat Road Consulting, an operations management consulting firm in Portland, Maine.  An entrepreneur at heart, Jason has led multiple start-up companies, turn-around teams and capital growth projects in a range of industries.  Jason previously was an Executive in the shipbuilding industry at General Dynamics and most-recently with Bath Iron Works, where he oversaw the construction of DDG51 and DDG1000 Class Destroyers. He has a Bachelor of Science in Marine Engineering from the U.S. Merchant Marine Academy and a Master of Science in Business from San Diego State University. Jason resides in Maine with his beautiful wife Amanda, daughter Avery, and son Bowen. 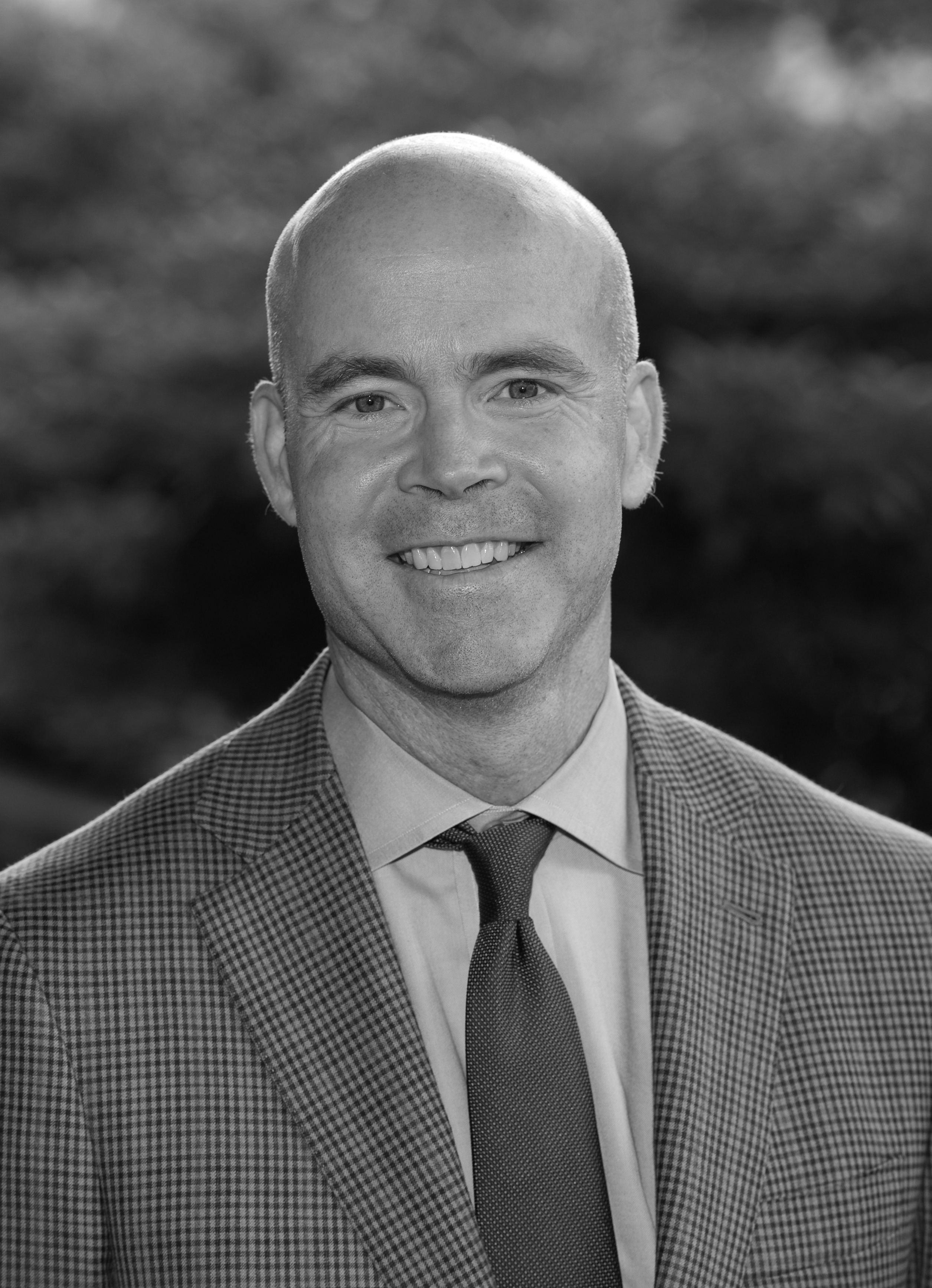 Jim is currently a Partner & President of The Baupost Group, a Boston based investment manager. As Baupost’s President, he leads and is directly responsible for the public investment team’s day-to-day activities. Jim also has management oversight of the firm’s investment teams. Jim chairs Baupost’s Management Committee.

Before joining Baupost in 2000, Jim was a Vice President in the Special Situations Fund, an affiliate of the Chase Manhattan Bank. He is a CFA charter holder and has a B.A. in Political Science from the College of the Holy Cross and an MBA from Georgetown University. Jim is a trustee of the Massachusetts General Hospital and the St. Sebastian’s School. 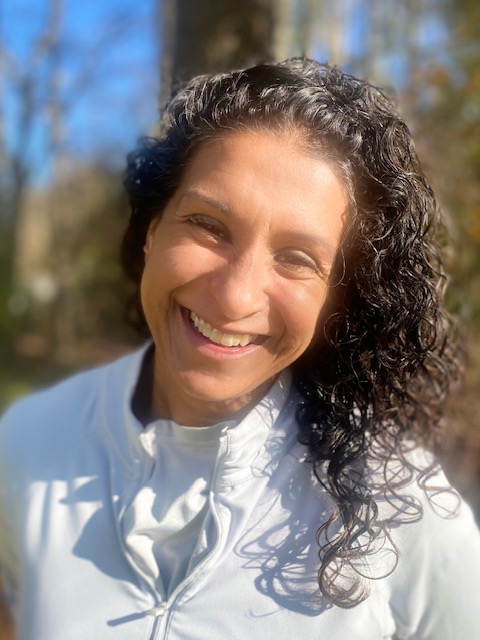 Dr. Shumi Rawlins is a licensed Psychologist.  She earned her commission in the United States Navy in 2005 and then served in the Reserves.  She is also a military spouse and mother.  In her role as an embedded psychologist at a Special Operations command, she became highly experienced at recognizing and addressing the outcomes of working in a high-risk environment and teaching strategies for strength and resilience.

Dr. Rawlins has spent 15 years combining her clinical work with her experiences in order to support active duty service members and their families as a clinician and teammate. 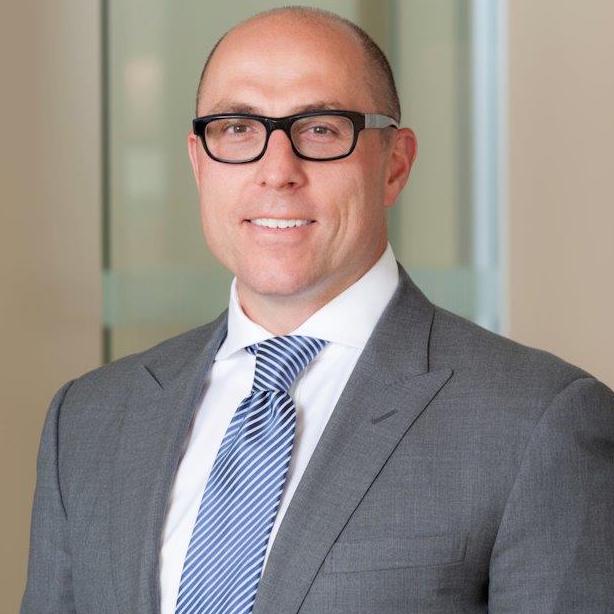 John is a Senior Managing Director, Partner and fixed income portfolio manager at the Wellington Management Company. As a senior member of Wellington’s Global Fixed Income Investment Team, he sits on the Global Fixed Income Risk Committee, which is responsible for allocating capital to the investment team and managing risk across the entire business. He is an experienced investor with a proven track record in developing and implementing quantitative investment strategies. Prior to joining the firm, John was managing partner and co-founder of Fairlane Asset Management. Before that, he was a fixed income portfolio manager at West End Capital Management and Head of Canadian Fixed Income Trading at Deutsche Bank Securities. 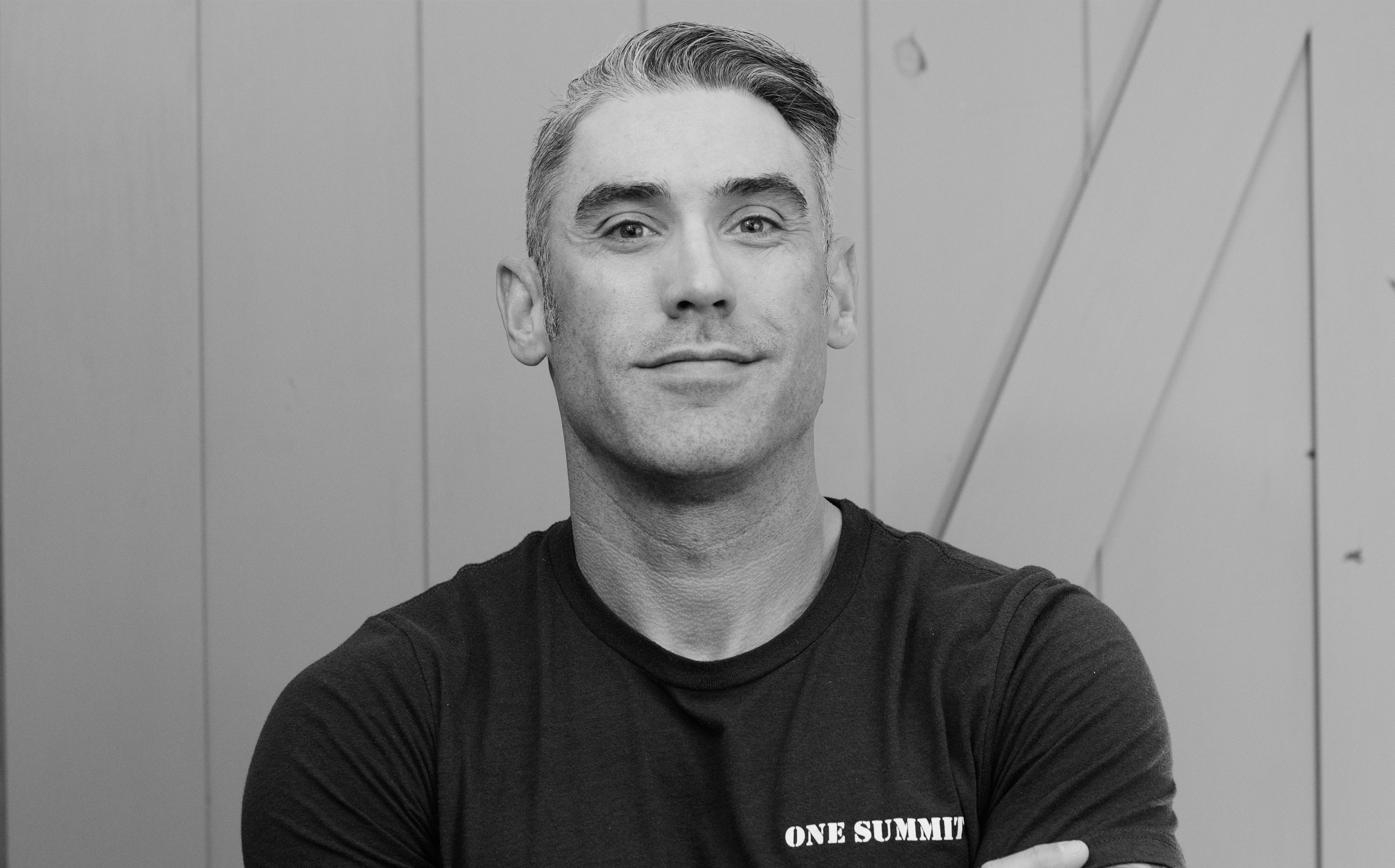 Andrew “Sully” Sullivan medically retired as Senior Chief Petty Officer from the U.S. Navy in 2020. He grew up in Worcester, MA and enlisted in military shortly after the attacks on 9/11. Upon completing Basic Underwater Demolition/SEAL (BUD/S) training in 2002, he spent the remainder of his career attached to east-coast based Navy Seal Teams. While serving his country, Andrew completed his Bachelors and Master’s Degrees in Organizational and Strategic Leadership from the University of Charleston, West Virginia.  He currently works as a consultant and provides advanced training and instruction for military special operations and law enforcement.  Sully resides in Virginia Beach where he spends time with his daughters, Taylor and Teagan. 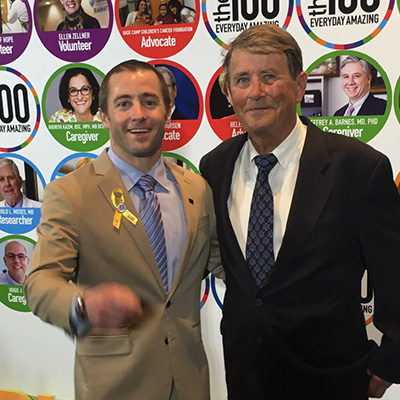 Board of Directors (In Memoriam)

Joe began his career in the United States Army. He served in Army for two years as an infantry sergeant. After service, he married his high school sweetheart, Susan. Susan unfortunately passed away in 2004 after a year and a half battle with breast cancer. Joe and Susan have three amazing children, Meghan, Adam, and Jesse. Joe taught high school in Nutley, NJ for ten years. He began the town soccer program and became the first high school varsity soccer coach. He spent the last 20 years of his career as a kitchen cabinet designer and salesman.  He was selected salesman of the year nine times. 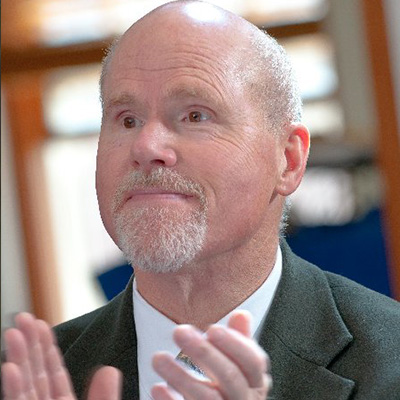 Board of Directors (Ret.)

Stephen Hardy recently retired from the University of New Hampshire where he was a Professor of Kinesiology and Affiliate Professor of History. He and his wife, Donna, live in NH where they raised three wonderful sons: Josh, Ben, and Nate. The Hardy’s deeply connect with One Summit as their life experiences have brought them to fully understand the concept behind our “like-minded warriors”. The Hardy’s eldest son, Josh, lost his battle to brain cancer in 1993 when he was only 18 years older. The Hardy’s youngest son, Nate, a Navy SEAL, was killed in action in 2008. Through these experiences, Steve understands the powerful impact of bringing these two groups of like-minded warriors together. 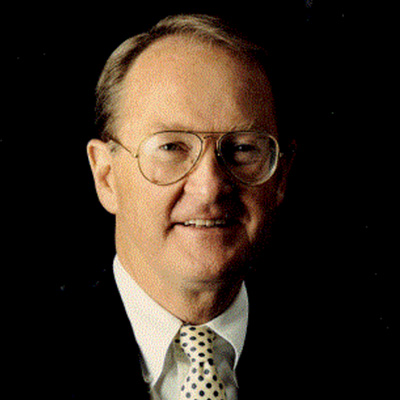 Board of Directors (Ret.)

Brad joins our Board from South Kingstown, Rhode Island and North Palm Beach, Florida. Brad received his Bachelors of Science from University of Rhode Island in 1955. He received his Honorary Doctor of Commerce from University of Rhode Island in 1982 and his Honorary Doctor of Business Administration from Roger Williams University in 1989. Brad served as a Lieutenant in the United States Naval reserve from 1955-1958. Brad served as the President, Chairman & CEO of A.T. Cross Company, retiring in 2013. Brad also held positions on the Board of Directors of; American Stock Exchange, Bausch & Lomb Corporation, A.T. Cross Company, and Fleet Financial Group.