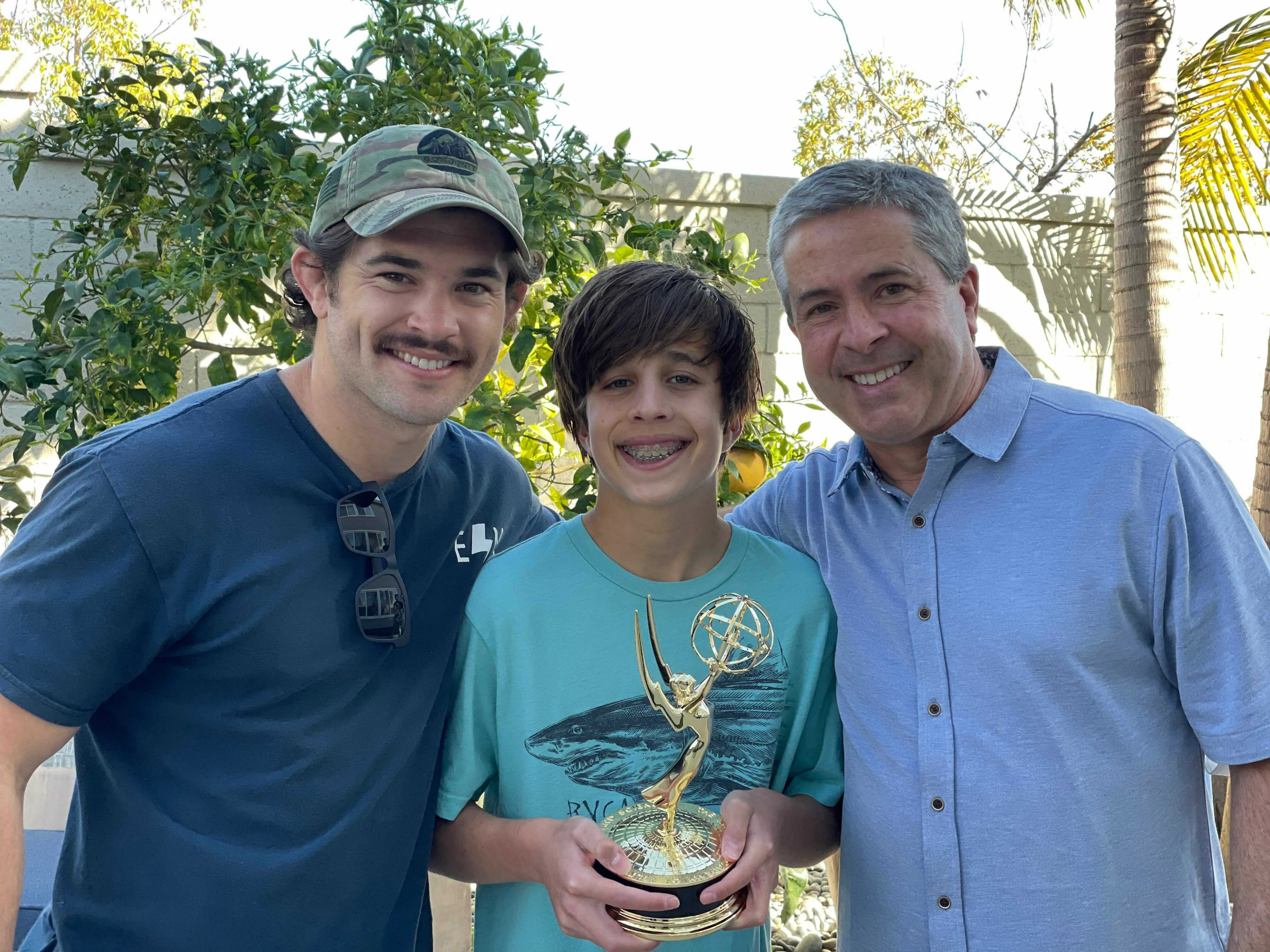 In June 2018, Fox Sports San Diego, Inside San Diego Sports, featured One Summit and the inspired relationship between Caden & Talia Timmer and their mentor, Parker Cornell. The Timmer’s and Parker first connected at Climb for Courage, San Diego, in 2017 and have maintained a relationship throughout the years.

Last June, Executive Producer Tom Caitlin won the 2019 Pacific Southwest Sports Emmy Award for his One Summit piece. In March, Tom called the families together to personally present Parker & Caden the Emmy to share, as they were the inspiration for his award.

I’m here today because Parker and Caden, you both possess qualities that I admire, and I felt the need to tell you as an outsider, that you are both heroes to me.

Courage isn’t about NOT being afraid.  Courage IS about fear, and standing up to it, facing it and overcoming it.  Each of you has more courage than any professional athlete I’ve ever met, and much more courage than me.  So, I admire both of you for your courage.

And, I admire those who are willing to serve our nation.  My mentor, my father, was a flight controller in the Air Force.

Parker, living in Coronado next to the Submarine base, I see a small part of what prospective SEALS go through JUST TO BE ACCEPTED to serve their country.  I imagine the duties and challenges are actually MUCH greater.

I know very little about your calls of duty, but I DO know, if you’re a Navy SEAL, you’re among the most courageous, strongest, brightest and most prepared fighting force in the world.  America is lucky to have women and men like you who dedicate their lives to serve our country.

Before I met both of you, I already loved the story about how a Navy Seal was helping kids from Rady Children’s Hospital to have nearly normal activity rock climbing.

But, the real story became a kid who needed a big-brother-like hero, and a Navy SEAL, who as a kid himself, wanted to be a superhero, but instead became a real-life hero.  The story became MUCH more than I expected.

Last June, my peers in the broadcasting business honored me with an Emmy Award for that story.  The Emmy matters, because it comes from people who understand good production and storytelling.

When I received the Emmy, I realized that I wasn’t the one who deserved an award.  All I did was tell a true story of courage and strength.  It is you, Parker and Caden who deserve the award.  I wish I had an Emmy to give to each of you, but for now, you’ll have to share it.  I give it to you first Parker, because I know you’d hand it off to Caden and never see it again.  When you feel its time, in days, weeks or months, I hope you each see each other to pass the Emmy back and forth, especially in times when you need courage and strength.

Thanks so much for letting me tell your story.  It will remain one of the brightest moments in my broadcasting career.

Tom was correct, Parker tried to immediately give the award to Caden, but we're confident their bond will facilitate a lot of movement between homes for that winged trophy. 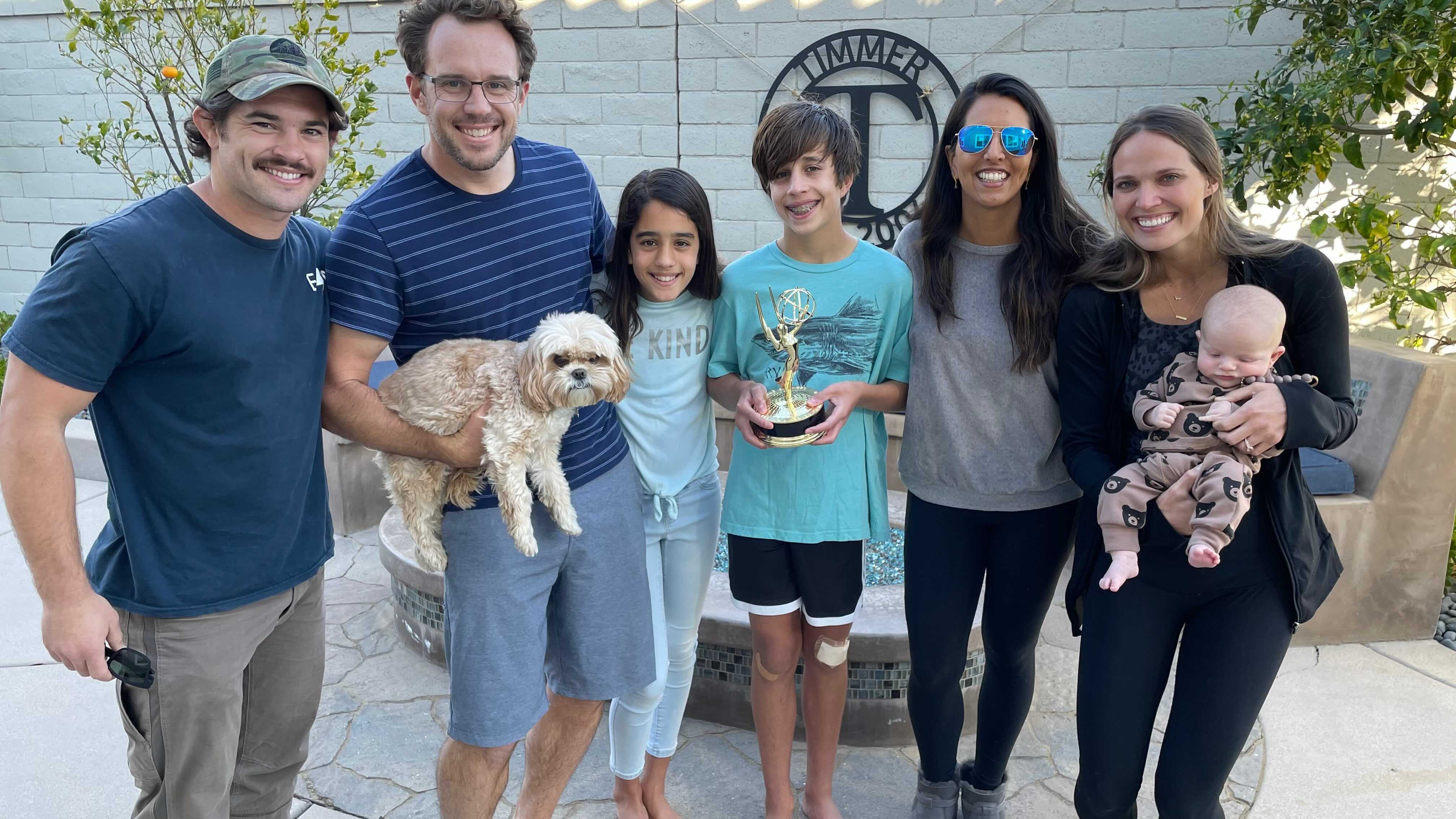 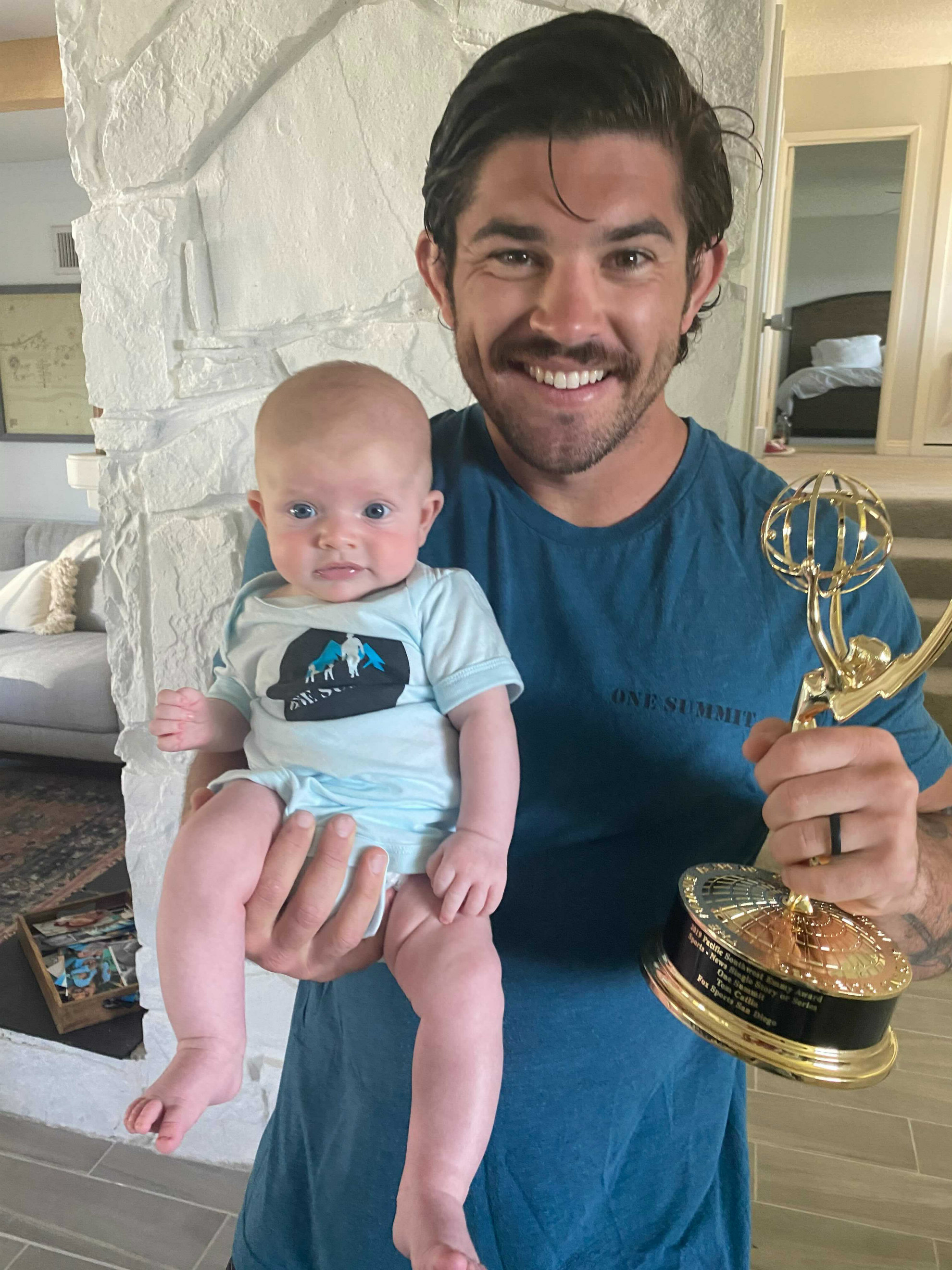