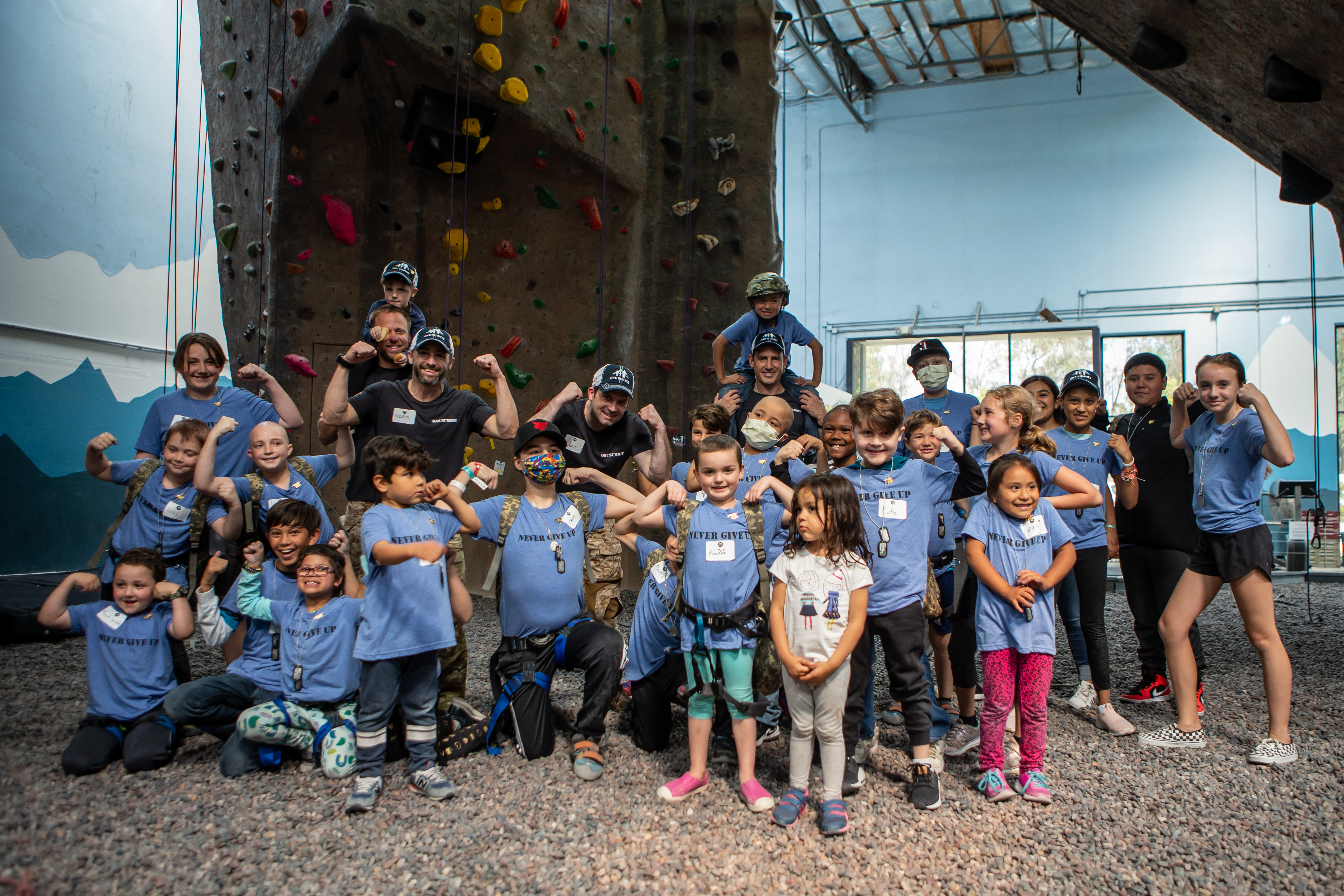 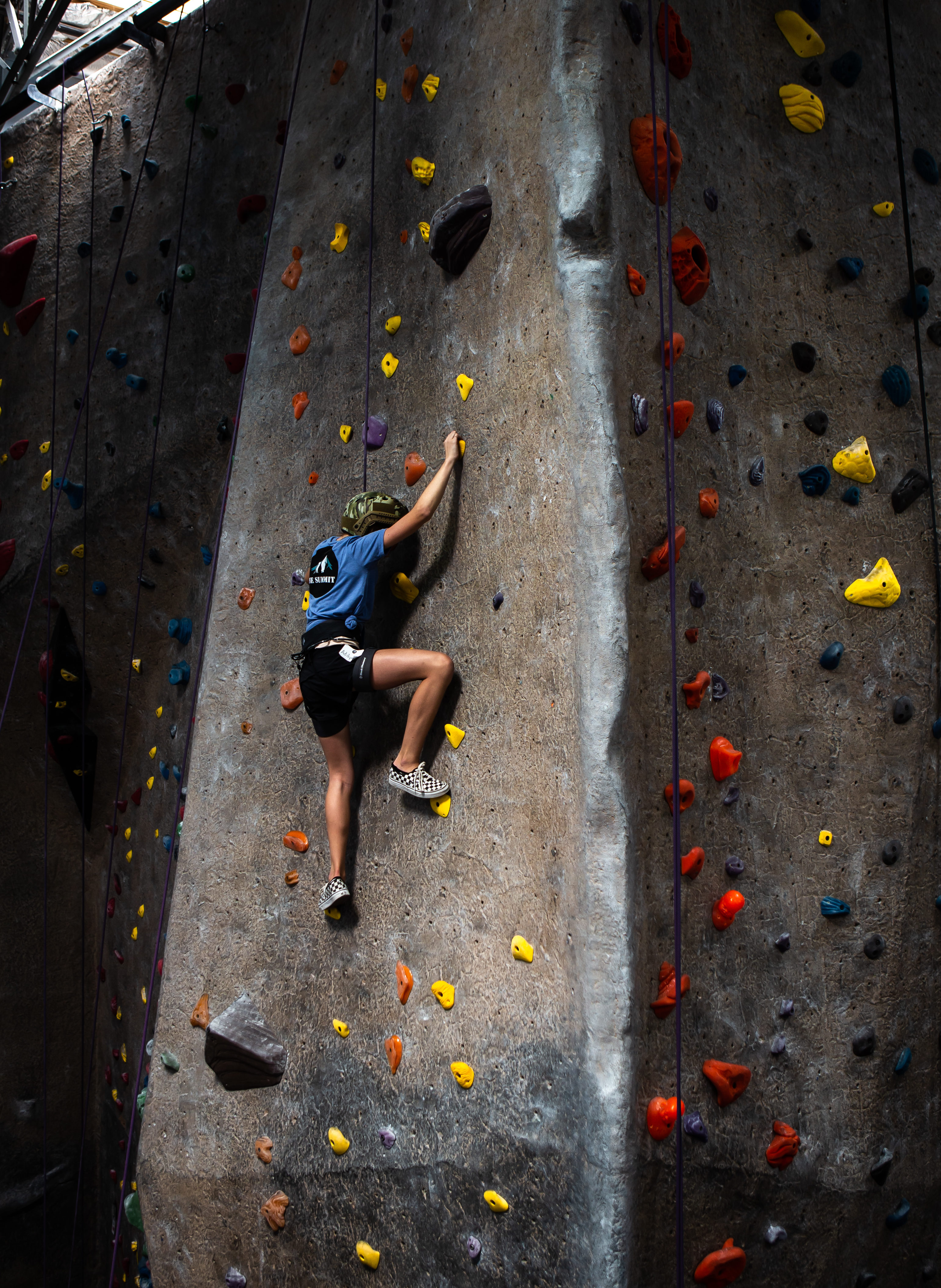 One Summit held its third-ever Climb for Courage in San Diego this past May. While the mission and venue remained the same, the experience featured a new group of participants, including 17 families, 28 patients and siblings, 27 Navy SEAL Mentors and 8 Team Leaders. The feedback from those who were on-site only confirmed the continued need for Climb for Courage and the mission of One Summit.

The long-term impact of the program was reinforced at Climb Higher, San Diego on Sunday, May 12th. Designed for returning warriors, Climb Higher welcomed back 19 patients and siblings – almost 50% of those who previously participated in Climb for Courage, San Diego in either 2017 or 2018. Demonstrating the strength of the One Summit community, four little warriors reunited 1:1 with their original mentor from Climb for Courage, with the remainder forming new connections.

Both programs would not have been possible without recruitment support from the Child Life Specialists at Rady Children’s Hospital, Children’s Hospital of Orange County and Naval Medical Center and the generosity of our longstanding partners, including Axos Bank, Vertical Hold and Black Diamond Equipment. Since 2017, Vertical Hold has provided a private venue for Climb for Courage, San Diego and 25-visit gift certificates for all involved, with Black Diamond Equipment donating climbing harnesses for each little warrior since the start of 2018. Two, seemingly small acts that – similar to the relationships One Summit strives to foster – are sure to endure.

Participating in this event not only helped my daughter, but helped us as a family. My daughter lost a bit of her confidence over the past several months and I saw her shine at the event. To see our daughter who has struggled physically and emotionally due to her cancer accomplish a big goal in a short period of time brings tears to my eyes. She also had a blast while doing it. The relationship she built with her mentor over the course of the day is a relationship we will forever cherish in our hearts. – Parent

Climb for courage was an incredible experience for me. Being able to spend the day with these kids and help them build their self-confidence and prove to themselves that they can overcome any obstacle in life was awesome. – Navy SEAL Mentor

My son was in a wheelchair for many days before the event, and since then he has insisted on walking. He knows he is strong enough without one. Thank you for giving him the courage to move forward. – Parent

My most memorable moment was when my child ran was intimidated by me in the beginning. By the end of the program she sat on my shoulders, telling me how excited she was for her sister to swing. – Navy SEAL Mentor

I just wanted you all to know how much the experience meant to our family. I want to thank you for giving us another silver lining and for you to know how deeply appreciative we are to all of you for putting a smile on our child’s face and so many others. – Parent

It helps you grow as a person having the opportunity to give back to people who are going through something we can only imagine. – Navy SEAL Mentor

Interested in participating in Climb for Courage? Apply on our website or email Dianne M. Lynch at dianne@onesummit.org to learn more.