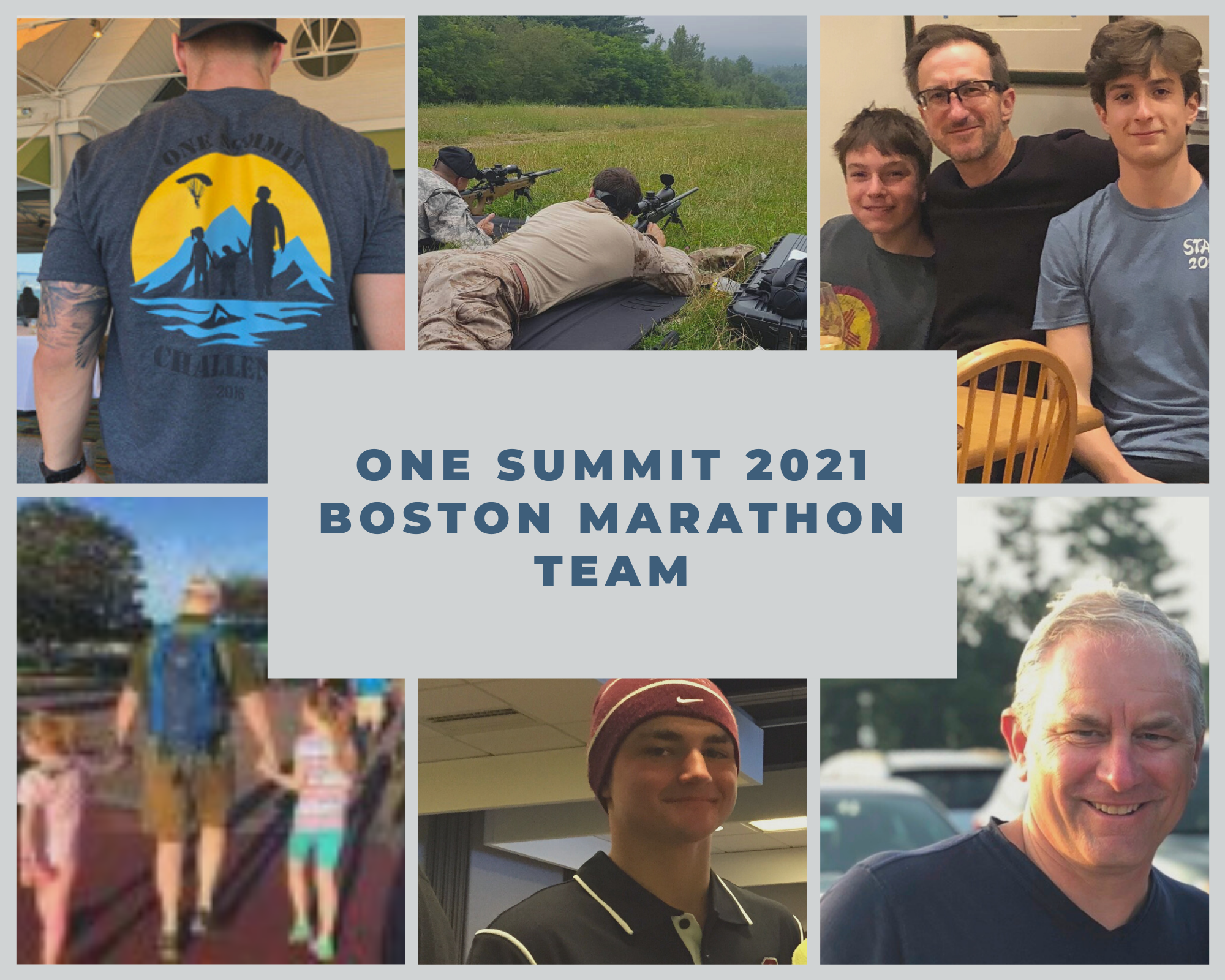 After being canceled in 2020 due to the COVID-19 pandemic, the Boston Marathon is back! This year on October 11th, six runners will be running in-person on behalf of our mission. We were honored that John Hancock selected One Summit as one of its Non-Profit Marathon Program Partners for the fifth year in a row.

One Summit's 2021 team is diverse yet comprised of six individuals who all have one thing in common – their commitment to our community of like-minded warriors. Each recently shared their motivation to train for and run one of the world's oldest annual marathons and best-known road racing events.

I am running as part of Team One Summit because I have seen firsthand the organization's positive impact on the lives of the kids and families they touch through their programs. The Navy SEAL mentors also benefit from the interactions, giving them additional purpose and direction when returning home from deployment. I have personal knowledge of and connection to, One Summit through their work with my nephew Jack. Out of respect for Jack's privacy, I won't go into too much detail. A few years back, our extended family was shaken to its core when we learned that a then 9-year-old Jack was in a situation where he needed support. One Summit stepped in at a crucial time to help provide Jack and his family with some unique and much-needed encouragement. The mentorship Jack found in the rock-climbing activities with the Navy SEALs added tools to the toolkit he needed to get himself to a stronger emotional state. One Summit's Climb for Courage Program taught Jack about the bravery required to overcome physical and emotional challenges. For that, our entire family is grateful. 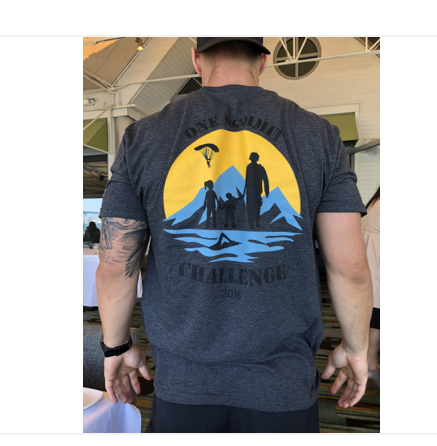 Battling cancer is a war fought by entire families. It impacts not only the patient but their siblings, parents, and friends. For children affected by the disease, it is often the first time they have faced adversity. There is a lack of knowledge of how to overcome challenges, and they can't do it alone.

I first learned about One Summit in 2019, when Stephen, a One Summit Navy SEAL mentor, invited me to run the One Summit Challenge. I really enjoyed the experience and the message. The following year, I ran point on planning and coordinating the 2020 One Summit Challenge. It was another amazing event, and all participants had a blast. I'm running for Team One Summit because I fully support the organization and the message. Over the past few years, my involvement in One Summit has been fulfilling. I want to continue doing my part for the kids and families impacted by pediatric cancer. As a native of Massachusetts, I've always wanted to run the Boston Marathon. There isn't another organization I'd rather run it for. 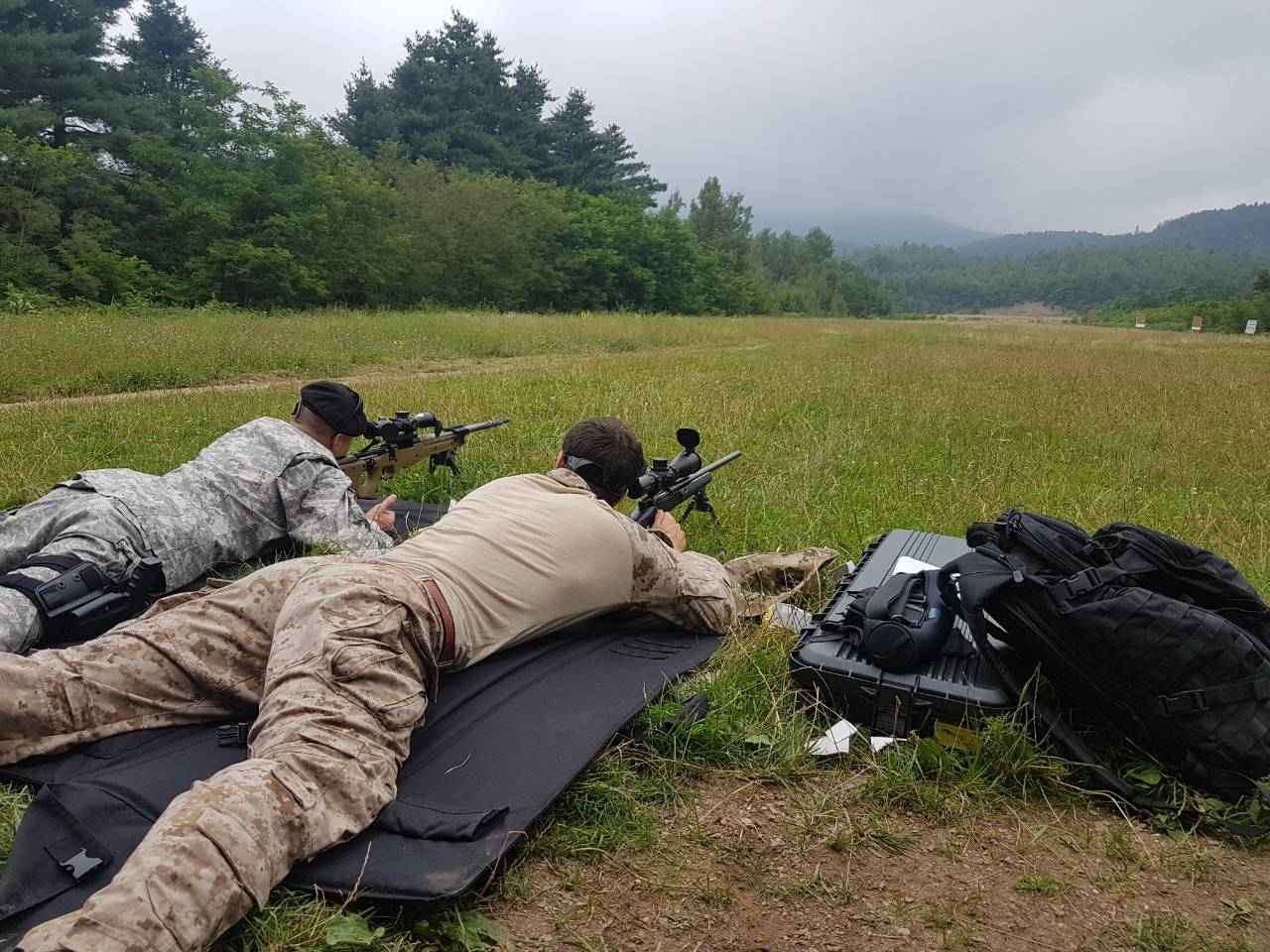 One Summit has changed my life. For the past three years, I have had the honor of volunteering as a mentor. The Climb for Courage Program's impact on both the kids' lives and the mentor SEALs is unfathomable. It gives us all hope to press on for another day. I'm running this year's marathon for One Summit's little warriors. I want to give back to them because they have given so much to me. I am honored to have the opportunity to run for such a great cause. There is not a better charity to donate to. 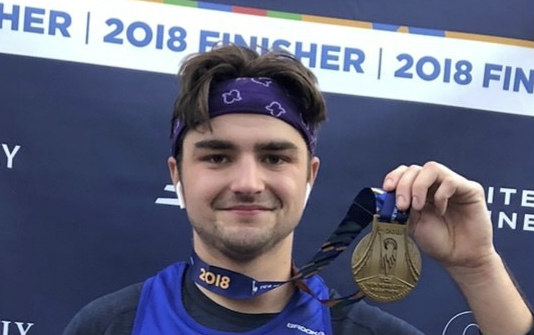 I'm taking part in 125th Boston Marathon as part of the One Summit Team because their mission is very close to my heart. I lost my mother after a long battle with cancer, and just last year lost one of my best friends, a fighter pilot in the marines. One Summit's purpose sits right at the center of two things that mean the most to me. Running not only allows me to support One Summit, but it's also providing me with the opportunity to honor the lives of my mom and Clark.

I am not new to running races for charitable organizations. Running a race raises money for the cause and raises awareness, which is equally if not more important in my opinion. As one of the newest members of the One Summit community, the opportunity to help on both fronts, awareness and financial, is exciting.

While I have been fortunate not to have a child with cancer personally, I have learned about the challenges from a close friend. I first heard about One Summit from Jason B., whose son participated in the Climb for Courage Program. Jason shared pictures and told me about his son's activities with Sully, his Navy SEAL mentor. I feel strongly about supporting an organization that provides Jack and families like his with programming that encourages and strengthens a child's resilience during such an unfair battle. Also, being a veteran, in turn, I have a passion for supporting other veterans. I will achieve a personal goal by running in this year's Boston Marathon. More importantly, I also get to support a charity that truly makes a difference in the lives of the military, pediatric cancer patients, and families they touch. 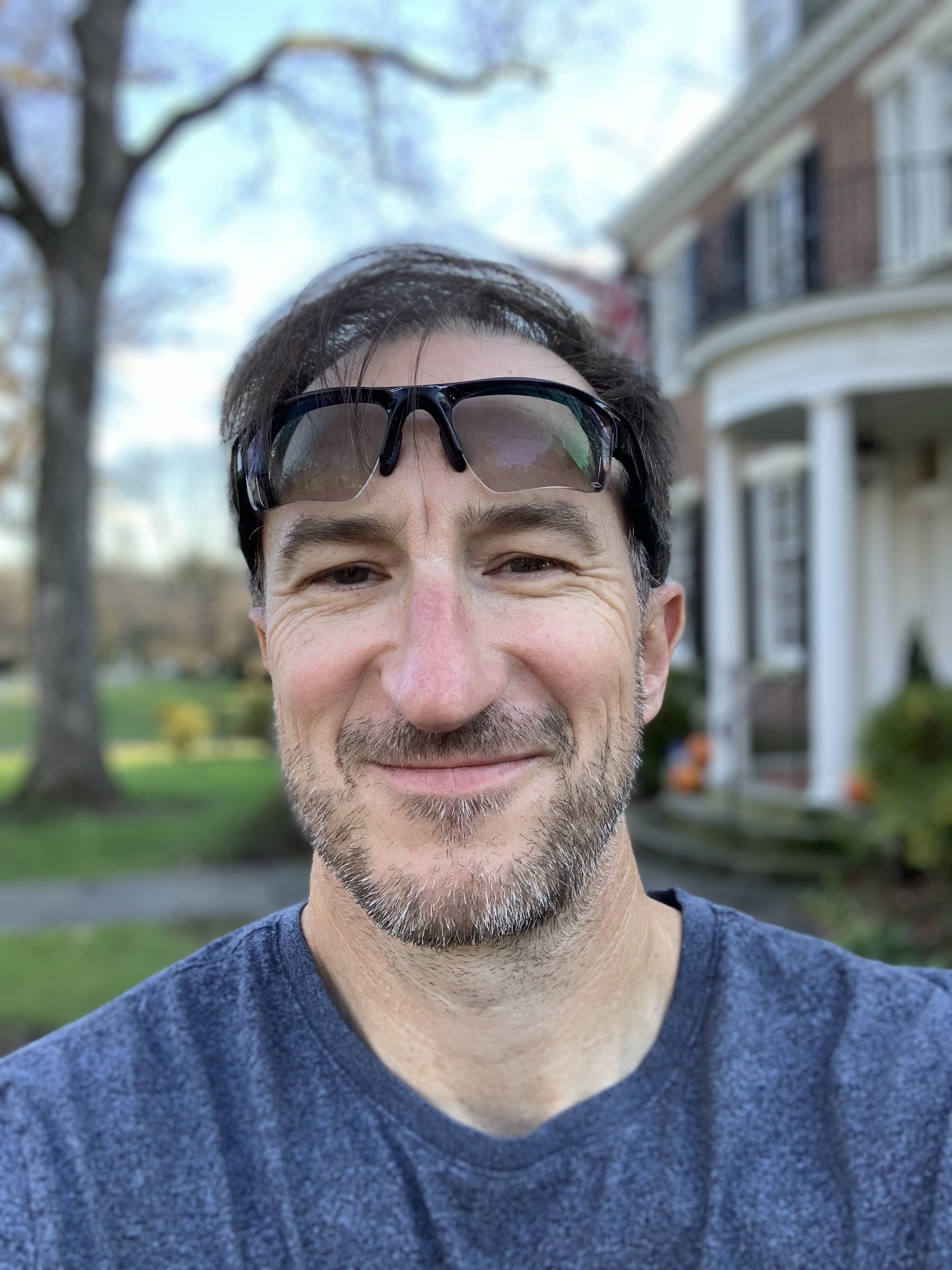 One Summit does incredible work for a cause that I deeply believe in. I lost both of my parents to cancer, including my Veteran father, at a young age. Helping children fight cancer with the full support of a unique organization like One Summit is something I'm incredibly passionate about. One Summit is currently the only organization that assists young warriors battling a tremendous personal challenge with special care, uplifting experiences, and confidence-building. Being part of this year's marathon team is a way for me to give back beyond just capital.

Click here to support Team One Summit in the 2021 Boston Marathon. 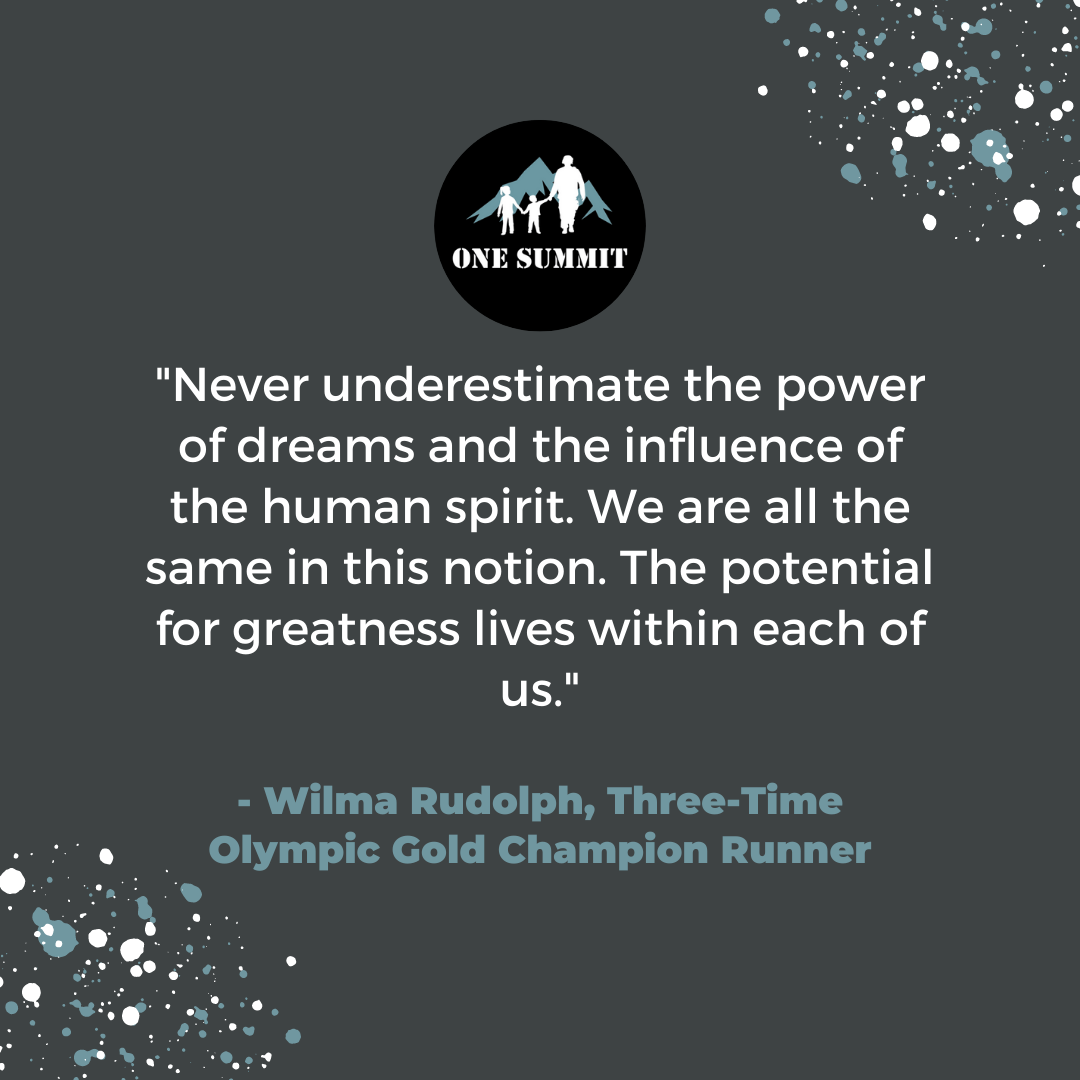